AstroSat peers into the heart of Jellyfish galaxy

According to the authors, this galaxy is unique as it provides direct evidence of internal and external mechanisms at work to halt the formation of stars in the galaxy 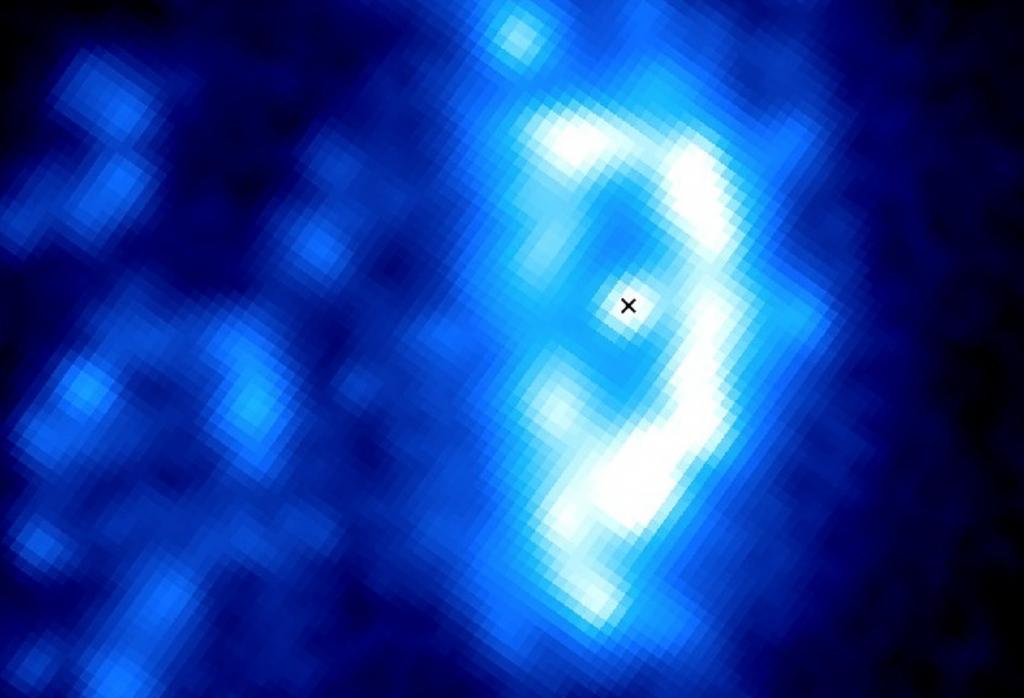 The Ultraviolet Imaging Telescope onboard India’s space observatory, AstroSat, has provided an insight into processes at work in the heart of a jellyfish galaxy.

Researchers who studied anatomy of a jellyfish galaxy, called JO201, have found that it comprises of a central bright region surrounded by a bright broken ring-like emission structure.

Ensconced in between is a cavity or void like region of rather faint ultraviolet emission. The ultraviolet light from the bright ring is due to young stars formed in the last 200 to 300 million years.

By comparing this with images from other telescopes at different wavebands, researchers have shown that the cavity is due to scarcity of young stars. This means no new stars have been formed in this cavity region for at least the last 100 million years.

Galaxies are very large aggregates of billions of stars held by the gravitation. Milky Way, our home galaxy is believed to house nearly ten billion stars with the Sun as one amongst them. On a larger scale, it has been found that even galaxies flock together due to gravity in groups of hundreds to thousands, known as galaxy clusters.

The region between these galaxies is filled with very hot gas whose temperature can be as high as millions of degrees. As a galaxy moves through this hot gas, some of the cold gas in the galaxy's outer regions can be pulled back, leading to formation of stars in structures that resemble tails or tentacles. This gives them the appearance of jellyfish, and hence, they are called jellyfish galaxies. One such jellyfish galaxy is JO201, which has been studied by astronomers from India and abroad as a part of an international collaboration called GASP.

“Galaxies come in two varieties — those that appear blue have young stars and are the star-forming variety, while red ones are those which have old stars and there has been no recent formation of stars in them,” explained K. George, who carried out the study at the Indian Institute of Astrophysics, Bangalore.

A blue galaxy can become red if it stops forming stars. Galaxies may stop forming stars due to various processes within the galaxy itself such as the effect of supermassive black hole at the centre; the presence of a rectangular bar-like structure which is made up of stars and located near the centre; or massive explosions accompanying stellar death called supernovae. The stripping of gas from the galaxy due to its motion in the hot gas between galaxies in a cluster could also impede the formation of stars.

Regarding the curbing of star-formation in this galaxy, researchers favour the hypothesis of the active galactic nucleus (AGN). Most large galaxies are believed to possess supermassive black-holes at their centres. The mass of these supermassive black holes could be hundreds of thousands to billions of times the mass of Sun. The gas and dust from the neighbourhood swirling at very high velocities into the supermassive blackhole increase the brightness of the central region multi-fold, and the galaxy is said to pass through an AGN phase.

In JO201, it is reported that the central region is bright in ultraviolet because of the AGN, and not due to young stars. The energy released from the AGN heats up cold gas clouds present close by. As stars are formed from cold gas clouds, this heating of gas leads to an arrest of star formation. This, in turn, results in a scarcity of young stars giving the galaxy a cavity-like appearance around the AGN.

The incomplete ring structure seen with lack of ultraviolet towards the left of the bright ring is explained due to the lack of young stars in this region. However, in this case, this cessation of star-formation is explained due to external effects, a result of gas being stripped out from this galaxy. Notice that this is the same side which has the tail like structure, far out in the galaxy.

According to the authors, this galaxy is unique as it provides direct evidence of internal and external mechanisms at work to halt the formation of stars in the galaxy.

The research results have been accepted for publication in the journal Monthly Notices of Royal Astronomical Society. The team included scientists from the GASP collaboration and the Indian Institute of Astrophysics. The picture of JO201 is the subject of the AstroSat Picture of the Month (APOM) series. AstroSat is India’s first multi wavelength observatory launched by the Indian Space Research Organisation in September 2015. (India Science Wire)