From fuel to outer space power plants, the world is developing different usages of nuclear energy to explore space 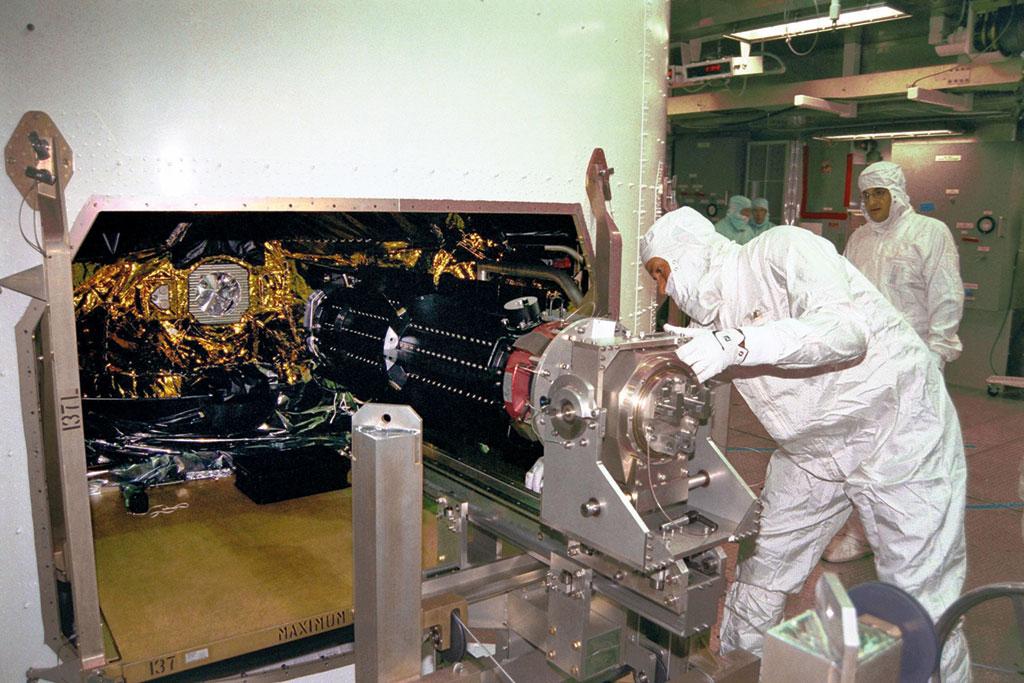 A new global space race has nations on their toes as they chart ambitious plans to go beyond the moon and Mars. They are all betting big on nuclear energy, touted to be the fastest and most efficient means of venturing into deep space.

Nuclear batteries, dubbed Radioisotope Thermoelectric Generators or RTGs, have been powering spacecrafts for more than six decades. They perform two key functions: Providing power to keep the on-board instruments running, and supplying heat to protect the instruments from the cold environs of space.

In 1961, the first RTG-powered satellite, the Transit 4A spacecraft, took off from the US. Since then, several nuclear-powered missions have been launched, including 25 from the US.

Russia has also invested in this technology. In 2013, China soft-landed its RTG-powered Chang'e 3 robot on the moon. NASA’s Perseverance rover, which touched down on Martian soil in 2021, is also nuclear-powered.

The global discourse is now moving beyond RTGs. The US and China plan to set up a nuclear power reactor on the moon to provide electricity for astronauts camping on the lunar body.

In 2021, NASA invited proposals from industries to design nuclear power systems for lunar applications. By 2030, the space agency plans to set up a plant that will continuously provide 10 kilowatts (kW) of power—the average annual power intake of a home on Earth.

Now China is hoping to do one better. According to news reports, the country is trying to build a reactor that can generate 1 megawatt (MW) of electric power.

India, which has till now relied only on solar power for its outer space missions, wants to join the bandwagon. In 2021, Indian Space Research Organization (ISRO) took its first step by inviting companies to develop a 100-watt RTG.

“We want to close the technology gap with global superpowers quickly,” says Chaitanya Giri, a space scientist with the Research and Information System for Developing Countries, a New Delhi-based think-tank.

Solar arrays power most satellites in the Earth’s orbit. ISRO used solar panels and lithium-ion batteries to power the Mangalyaan mission to Mars and the Chandrayaan 1 and 2 missions to the moon. But solar panels work best in sunlit regions.

As spacecraft travel farther from the sun, this energy source becomes less efficient. For example, European Space Agency’s solar-powered Philae Lander failed to provide sufficient data after it accidentally landed on the pitch-dark side of the comet 67P/Churyumov-Gerasimenko, in 2014.

Further, RTGs have longer life-spans. There are “no concerns about refuelling or recharging. In short, there is no operational range anxiety,” Giri says. NASA launched its nuclear-powered Voyager 1 and 2 space probes in 1977 to study the outer solar system and beyond. The space probes provide information to this day.

Space agencies are currently using the eighth generation of nuclear batteries called the Multi-Mission Radioisotope Thermoelectric Generator or MMRTG. It provides 110 watts of electrical power. A light bulb consumes the same energy. This is enough to power all the instruments on-board.

RTGS, though, come with safety concerns. On April 21, 1964, the US Transit-5BN-3 navigation satellite failed to launch. It burned up on re-entry north of Madagascar, ejecting plutonium fuel into the atmosphere over the southern hemisphere.

Traces of plutonium-238 were reportedly detected in the area a few months later. Space agencies now seal RTGs inside a hard, radiation-proof shell to prevent radioactive particles from escaping.

Experts also warn that the lack of a robust international regime governing space reactors is troubling as nations increasingly invest in nuclear energy in space. The UN’s Office for Outer Space Affairs has provided a set of principles for deploying nuclear power sources in outer space. But it needs to establish guidelines for the safe use of atomic energy.

Countries are also trying to develop spaceships that will use nuclear energy as fuel. In the 1960s, NASA worked on designing rockets that ran on nuclear fuel. The space agency had also planned to launch two crewed nuclear rockets to the Red Planet in November 1981. But budget cuts and changing political priorities meant the space agency had to drop the plan in 1972.

In the meantime, kerosene, alcohol, hydrazine and its derivatives and liquid hydrogen grew popular as rocket fuel or propellants.

Now, the US and China have once again started focusing on nuclear-fuelled rockets. “We will see the first prototypes of nuclear propulsion systems getting tested sometime in the 2020s,” says Giri, adding that India is also looking at nuclear propulsion.

Iain D Boyd, professor at the University of Colorado Boulder, US, says two factors can explain the revival of interest in the US: National security and interplanetary missions. The US military wants to use nuclear-fuelled spacecraft to tackle weapons targeting American satellites.

Nuclear spacecraft can swiftly jump into action and protect space assets from attacks. According to reports, the US Defense Advanced Research Projects Agency plans to send a spacecraft powered by a nuclear propulsion system into orbit.

One technology showing promise is nuclear thermal propulsion (NTP). According to the US Office of Nuclear Energy, nuclear fission or splitting of uranium atoms releases heat, which converts liquid hydrogen—a fuel—into gas. The gas is expanded through the nozzle, producing the necessary thrust.

Their energy density, or the amount of energy they can produce, is four million times higher than hydrazine, the most commonly used chemical fuel for outer space missions. They are also faster: A round-trip mission to Mars could take more than three years through conventional means.

Nuclear propellants might be able to accomplish this in about two years. Faster travel times mean astronauts will be less exposed to harmful space radiation. Giri says nuclear propulsion for spaceflight carrying astronauts could be a distant dream for now. The focus is currently on getting a space-proven tag, which will rely on robots.

According to Boyd, nuclear propulsion systems will be used in national security missions before making it into space missions.

Countries are also looking at nuclear alternatives such as solar sails and beam-powered propulsion for deep-space missions in the outer solar system. Solar sails use light made of photons to propel the spacecraft.

The idea is quite similar to that of a sailing boat. When light hits the sail—a bright, mirror-like surface—photons transfer their momentum to the sail, giving it a slight push. When photons bounce off the sail, they give it another push. This propels the spacecraft.

In 2010, the Japanese Aerospace Exploration Agency launched IKAROS, the first spacecraft to demonstrate that solar sail propulsion technology can work in space.

Nine years later, LightSail 2, an experimental spacecraft launched by a private company, also tasted success as it continues to stay in Earth’s orbit to this day. Beam-powered propulsion involves using ground-based lasers to propel the spacecraft forward. NASA is studying this technology.

Boyd does not see potential in the new technologies. Safer alternatives, he says, are the existing rocket technologies—but they are much slower than nuclear power. “There is nothing else on the horizon,” he says.

This article was first published in the 1-15 March, 2022 edition of Down To Earth