Dark matter not ‘super heavy’ or ‘super light’: In a first, scientists calculate its mass range

Quantum gravity, a combination of Einstein’s concepts of quantum physics and general relativity, was used in the research 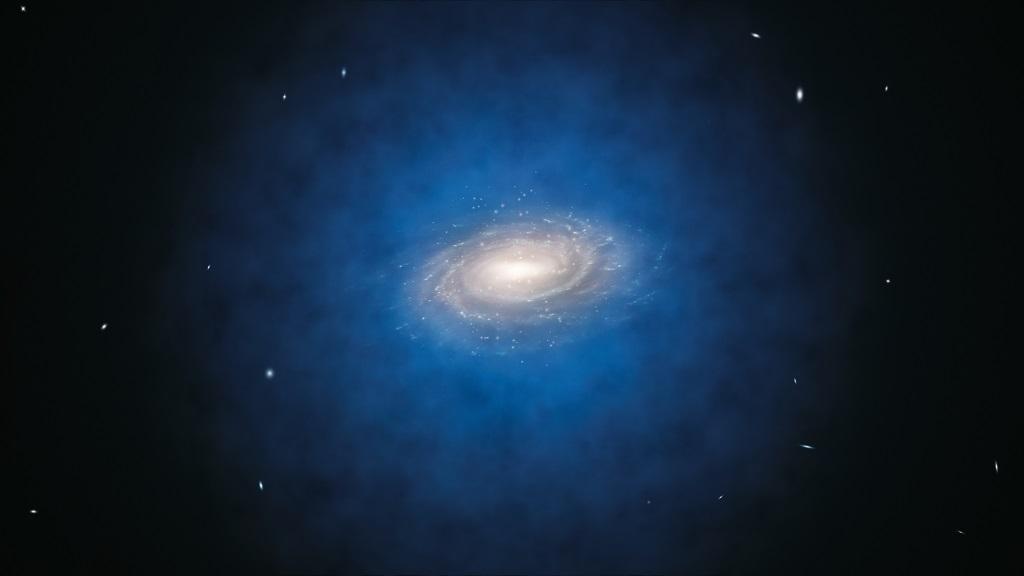 Around 95 percent of the Universe is unknown to human beings. It is often referred to as dark which has nothing to do with the colour of any substance but to do with the unknown nature of cosmic entities known as dark matter and dark energy.

Now, scientists from the University of Sussex have found a new way to know more about dark matter. They have narrowed down the range of masses within which particles that could make up dark matter may lie in.

Xavier Calmet and his colleague Folkert Kuipers carried out the research using quantum gravity, a field of study that tries to combine two of Einstein’s concepts — quantum physics and general relativity theory of gravity.

"This is the first time anyone has thought of using what we know about quantum gravity to calculate the mass range for dark matter. We were surprised when we realised no one had done it before, as were the fellow scientists reviewing our paper,” Calmet told Science Alert.

Calmet and Kuipers’ research shows that the dark matter particles can neither be super light nor super heavy unless there is a force acting on it that is yet unknown. The research might also help in finding out more about this mysterious force. There are currently four known forces in the Universe — gravitational, electromagnetic, weak and strong.

Scientists estimate that roughly 68 per cent of the Universe is made up of dark energy which is responsible for the accelerated expansion of the Universe. Another 27 per cent is dark matter whose existence was inferred from the observation that ordinary matter in galaxies, including the Milky Way, is far less than that required by gravity to hold the galaxies together.

Dark matter’s gravitational effects are also necessary to explain the motions of clusters of galaxies and the structure of the entire Universe at the largest scale. On smaller scales, dark matter is too diffused to impact the motion of the Solar System, Earth or the origin and evolution of humans in any significant way.

“The inhomogeneities at early times would have been smoothened out by radiations if there was only ordinary matter. There needs to be a form of matter that does not couple to the radiation in order for galaxies like the Milky Way to form,” says Abraham Loeb, chair of the department of astronomy at Harvard University and the founding director of Harvard's Black Hole Initiative.

But the nature of that dark matter is still unclear. It is most likely made of particles that do not couple to light because of which humans cannot see them, according to Loeb.

He surmised that dark matter is unlikely to be made of primordial black holes because they would produce other effects that are ruled out observationally.

The breakthrough in human understanding of dark matter could come from laboratory experiments. There were hopes that new particles will be produced and discovered at the Large Hadron Collider or other experiments but so far we have had no success.

There were also attempts to detect dark matter particles impinging on Earth from the Milky Way galaxy but again these “direct detection” experiments of the past few decades were not successful, said Loeb.

While there is no comprehensive theory of quantum gravity, Calmet and Kuipers predicted that it would have a few characteristics of both quantum physics and general relativity. They further said that dark matter particles would have to obey these rules coming out of quantum gravity in the way they break down or interact.

Through this, they established limits on the masses for dark matter particles and ruled out masses that would not be possible as per current human understanding of the two theories.

The restriction of mass range eliminates one of the popular candidates for dark matter particles known as Weakly Interacting Massive Particles (WIMP). If these particles are eventually found out to be the dark matter by other means then it would bring in the influence of the mysterious new force on these WIMPs leading to new physics.