Did a supernova trigger the late Devonian extinction? 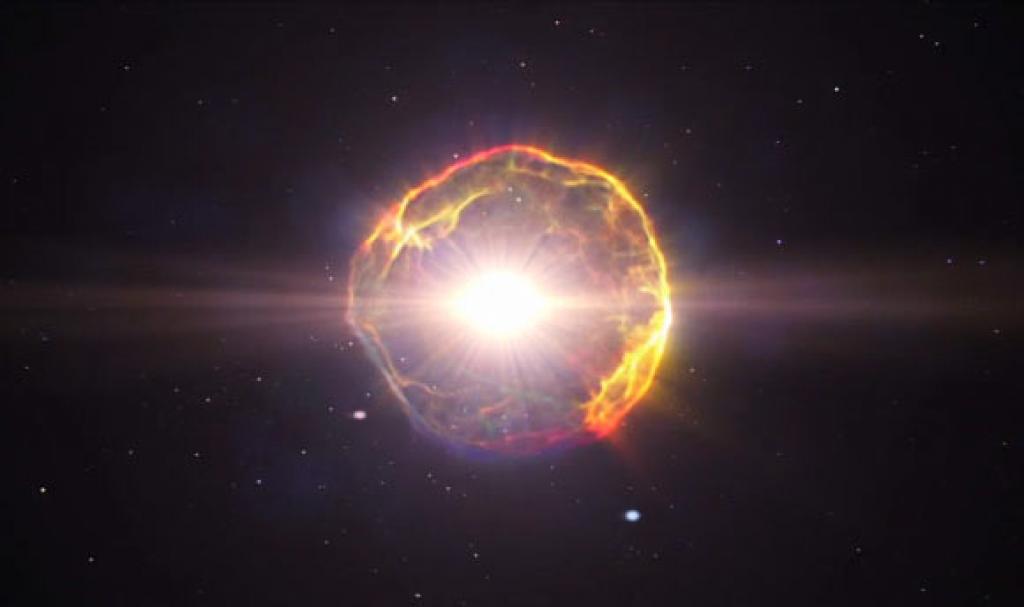 Explosion of a nearby star — occurred at between Devonian and Carboniferous periods — could have caused a mass extinction event that took place 359 million years ago.

The Earth suffered an intense loss of species diversity that lasted for at least 300,000 years. The event is thought to have been caused by long-lasting ozone depletion, which would have allowed much more of the Sun’s ultraviolet (UV) radiation to reach and harm life on Earth. It was called the Hangenberg crisis.

The research, published in the Proceedings of the National Academy of Sciences on August 18, 2020, was supported by the Science and Technology Facilities Council and the Estonian Research Council.

What do researchers say

“Extensive volcanism and global warming can also rupture the ozone layer but shreds of evidence for these are indefinite as far as the time period is concerned,” Brian D Fields, Urbana-Champaign astronomy and physics professor,

“So, we put up that one or more supernovae explosions, at a distance of 65 light years away from the Earth, may have caused a prolonged loss of ozone,” he said.

Co-author Jesse Miller said events like gamma-ray bursts, solar eruptions and meteorite collisions end up very soon. As such, they cannot pave way for gradual ozone depletion that took place at the close of the Devonian aeon.

Co-author Adrienne Ertel stated: “Betelgeuse, a supernova, around 600 light-years away and present outside the kill distance of 25 light-years poses a danger today.”

A supernova event can be powerful enough to bathe its galaxy in light for days and months alike. It can be spotted across the universe as well.

Supernovae (SNe) are quick sources of ionising photons that include fatal X-rays, UV and gamma rays. Over a longer period of time, the bang clashes with the nearby gas, resulting in a shockwave that causes particle acceleration.

As such, cosmic rays are generated by SNe. These charged particles with high energies get magnetically confined on the inside of SN remains.

She added that gigantic stars appear in clusters with other bigger stars. And one supernova explosion can cause a chain of other such explosions.

Suggested confirmation for the study

The group of participants involved eminent scientists from Kings College, the United Kingdom, the University of Kansas, the National Institute of Chemical Physics and Biophysics, Estonia, the European Organization for Nuclear Research, Switzerland, the United States Air Force Academy and Washburn University, have suggested a confirmation for the study.

They propose that radioactive isotopes like plutonium-244 and samarium-146 should be discovered from the rocks and fossils dumped at the time of extinction. This, according to them, can prove the theory of supernova incident, mainly because isotopes don’t have a natural existence on Earth. The only means through which they can arrive here is through celestial explosions.

Although the finders are yet to look for the Pu-244 or Sm-146 isotopes in the DCB strata, the team believes that explanation of the pattern of evidence in the geological history can be of much help. Through this, a conclusion on supernova explosions can be reached easily.

Life began on Earth some 3.5 billion years ago through a series of evolutionary changes. The recent research bounds us to think that life on Earth is not alone. In fact, it is affected by the responses of the cosmos that we all are a part of.