Early Indians: Joining the dots and burying the myths 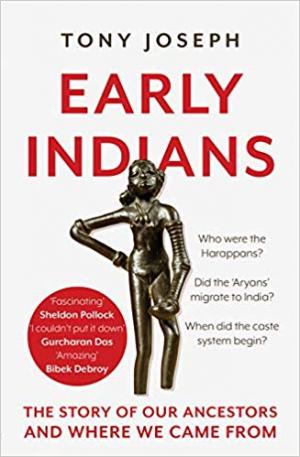 In a minute there is time
For decisions and revisions…

Six years can seem nothing, standing in front of hundreds of thousand years of human existence; six years can seem everything, when you consider how and what choices nations make in between; six years seem defining when you land up with heaps and heaps of genetic data to tell you who you are, who we all are, where did we come from.

We, rather our ancestors, all ‘came’ from Africa. That much we have all been told by now. We knew that through various twists and turns, the homo sapiens gradually populated the Earth, replacing all other hominids. The twists and turns, however, remained mostly a twisty question mark until genetic analysis developed itself to the extent of filling in the blanks.

This helped journalist Tony Joseph, who had set out to find answers related to the Harappan / Indus Valley civilization, write the history of the prehistory of India or, more correctly, South Asia. Not everything he tells us here is knew, but the way he tells it is important — joining dots of genetics, archaeology, linguistics, even sigilography and stratigraphy.

The crux of his argument, how most Indians share a majority of their ancestry and how we all are, in some way or the other, children of migrants, was already outlined by him in various articles in newspapers and newsportals. The book fills them up colourfully to paint a vibrant picture of how the first ‘Indians’ reached this land 65,000 years ago and stayed on to become the bedrock of our population; how the hunter-gatherers mixed with agricultural settlers from what is now Iran, to form a population that has left its genes among most of us apart from building the mind-boggling Harappan civilization; how and when other groups moved in, including those political hot potatoes — the Aryans.

In the process, Joseph gently but firmly debunks the myth of an Indian homeland of the Aryans, using modern genetic findings to back up what scholars have been telling us from the 19th Century — that the Indo-European language speakers came into India from Central Asia. Hopefully, the issue can now be put to rest, once and for all.

Does Early Indians answer all questions? No. There is still room to know more, perhaps as and when more nuanced, detailed studies are carried out. But it does become one of the first books, if not THE first, to tell us the story of the first Indians all the way up to the point when history is ready to take over from prehistory. And he does all that in a manner that does not scare away the interested, but lay reader; rather leave her wanting to know more. A sequel may be a nice idea.

This review first appeared in Down To Earth print edition dated 1-15 March, 2019