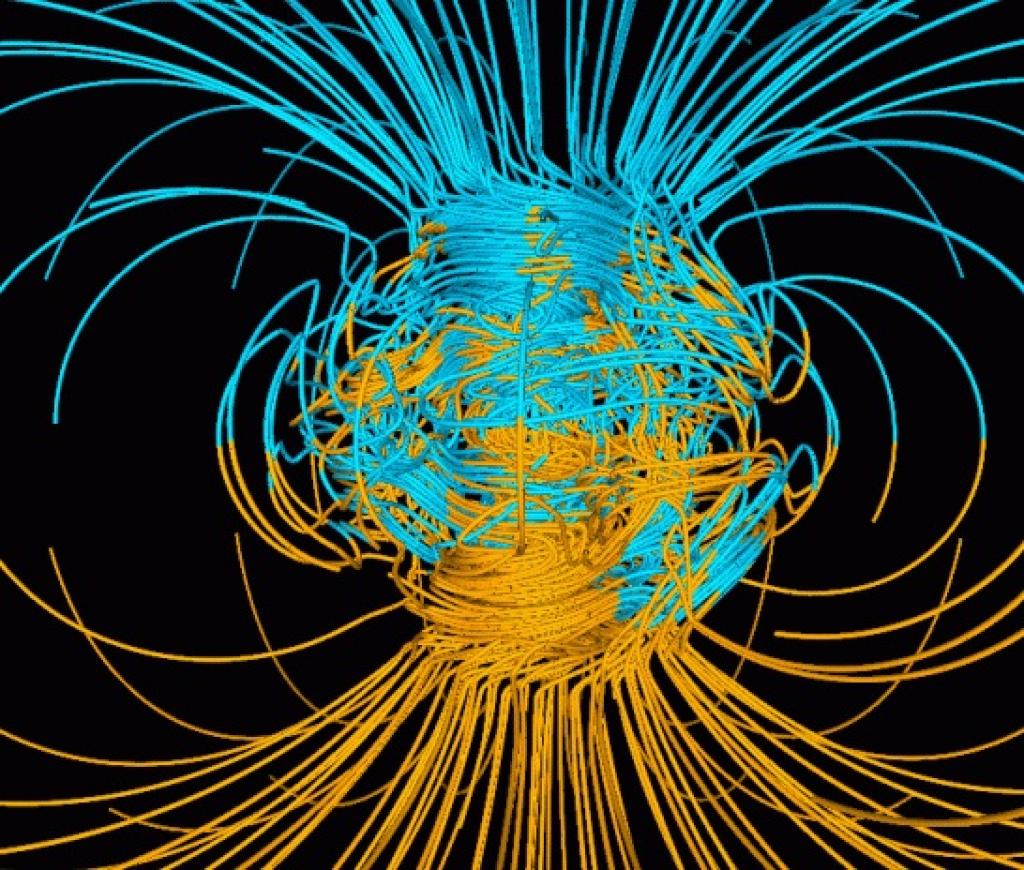 Researchers have revised the estimate of the age of Earth’s solid inner core to 1-1.3 billion years from 565 million years old.

Over the years, estimates for core age have fluctuated between very young and relatively high. A year ago, Nature Geosciences had reported inner core was only about 565 million years old — quite young compared to the age of our 4.5-billion-year-old planet.

The research to re-determine the age of the core has shed light on several other interesting attributes, such as the process of heat convection of the iron core and the energy sources that power geodynamo that sustains magnetic field.

Earth’s inner core is the innermost geologic layer of the Earth — it is made of iron and is solid. And it is very hot — about 6,000 degrees Celsius. The outer core is also iron, but is liquid due to relatively lower pressure.

As lighter elements rise through the liquid iron of the outer core at different temperatures, they cause convection currents, believed to resemble a dynamo. The process is like cream swirling in a mug of coffee.

The circulation of liquid metal creates electric currents (kinetic energy is converted into magnetic energy) and turns Earth into a giant electromagnet. This is how Earth’s magnetic field is generated. The process is called geodynamo, and is fed by convection.

The age of the inner core, however, has been essentially calculated by the effectiveness of iron to transfer heat, known as thermal conductivity.

But there was a paradox with the previously determined younger estimates of the age of the inner core: The core would have had to reach unrealistically high temperatures to sustain the geodynamo for billions of years before the inner core would be formed.

The high amount of conductivity of the iron core, however, was impossible because it would have little energy to convection.

It also only supported the existence of the geodynamo for about a billion year, whereas other studies have showed that the process has existed for at least 3.4 billion years.

The new research looked at the paradox and found a solution by keeping the temperature of the core within realistic parameters.

The researchers achieved these conditions by squeezing laser-heated samples of iron between two diamond anvils. Result: The new conductivity was measured at 30-50 per cent less than the conductivity of the young core estimate.

The research suggested that geodynamo was sustained by two different energy sources and mechanisms: Thermal convection (the buoyancy is due to temperature fluctuations) and compositional convection (buoyancy produced by light material released at the inner-core boundary).

That is, at the time the inner core started to grow, the geodynamo got powered by a new source of energy.

With improved information on conductivity and heat transfer over time, the researchers made a more precise estimate of the age of the inner core, according to Jung-Fu Lin, professor at The University of Texas and lead author of the research.

“Once you actually know how much of that heat flux from the outer core to the lower mantle, you can actually think about when did the Earth cool sufficiently to the point that the inner core starts to crystalise,” he said.

The results of the research were published on August 13, 2020 in the journal Physical Review Letters.

The research team also included Mingqiang Hou, Guangtao Liu and Chengwei Zhang of the Center for High Pressure Science and Technology Advanced Research in Shanghai; Vitali Prakapenka and Eran Greenberg of the University of Chicago; and Yingwei Fei and RE Cohen of the Carnegie Institution for Science.