Wing Commander (retired) Rakesh Sharma recently completed 35 years of being the first Indian to have ever set foot in space. He talked to Down To Earth about the exhilarating moment, space exploration, humans as multi-planetary species, ISRO’s plan to send a humanoid to space and weaponisation of space in a four-part series. Here is the first one:

April 2, 2019 was the 35th anniversary of my journey to space. I can’t forget the excitement and buildup which took place. The training was at an end and there we were in the capsule going through our check list, full of anticipation. We were looking forward to this out-of-this-world experience, which I had trained for.

In the launch sequence, which we had trained for in the centrifuge, the acceleration was extremely high and you kept getting pushed into the seat. The gravitational forces kept building up and suddenly from three, three and a half, we were down to zero gravity. And all this happened in about 500-odd seconds.

That itself was dramatic and then I saw Earth from space, it was a spectacular sight. Everybody was trying to find their countries first. We got to see India, which again was a beautiful sight because our country has got various features — a long coast line, the plains, forests, deserts each with its own colour and texture and finally the Himalayas. 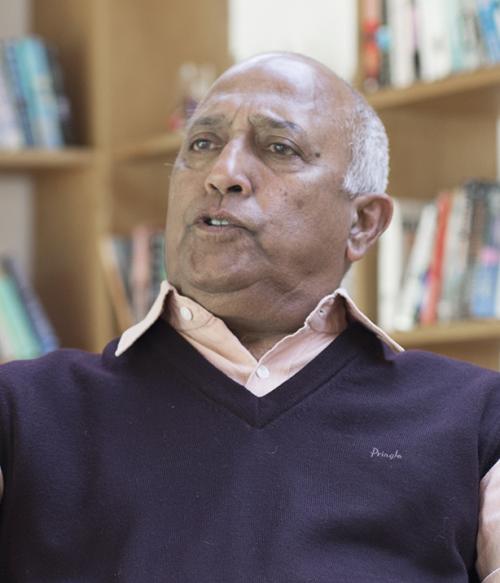 Those eight days in space were humbling because you get to see the scale on which things are and the immense beauty that is out there and it becomes difficult to imagine that all of it was a cosmic accident. I have never seen such beautiful accidents. It was humbling because all of us, including our home planet, are just such a small part of the universe. That puts things into a very sharp perspective.

After I returned my entire life changed. Where ever I went, I was recognised. Time has passed, public memory is relatively short and my own appearance has changed so now I don’t have to hide as much I used to earlier.

About how there is a renewed interest in space exploration, I feel it’s a natural corollary to the human nature of being explorers. Civilisations started out of Africa and spread all over and then we looked at communication devices. We then built ships and we discovered more lands and that’s how we spread. Now, having seen all that there is to see on Earth, it’s natural that we start looking outwards for newer worlds to experience.

We are well on our way of exhausting the limited resources that are available on Earth. Since they are not infinite, the compulsion is to look at an alternate habitation. Also, the human genome doesn’t have a backup if there is a cataclysmic event. Like in an asteroid hit the entire civilisation gets wiped out.

So, these are the factors that are driving space exploration. Earlier, man was a part of an ideological race which was taking place between the then Soviets and Americans. All that proved to the world that both sides were capable of returning with fists full of lunar soil, nothing more, because the technology was well before its time. And that’s why then nobody went back.

But now that we have advanced technologically, and we have reasons too, new opportunities are opening up. The private sector is also taking interest in it, starting from tourism, which is just another business vertical. I think we are at the crossroads of very exciting times.

(As told to Akshit Sangomla)