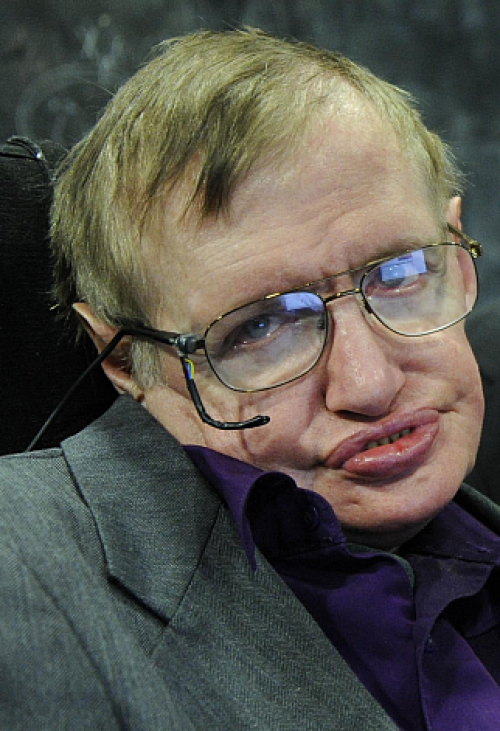 The past, like the future, is indefinite and exists only as a spectrum of possibilities—Stephen Hawking.

In the early hours of Wednesday, Stephen Hawking’s family released a statement confirming his death at the age of 76 after a decades-long battle with Amyotrophic Lateral Sclerosis (ALS). And just like that the brightest star in the world of science was no more.

The world-famous physicist and cosmologist shot to a position of global prominence for his work on black holes in the 1970s and 80s. Hawking theoretically proved that black holes, much like the Big Bang that caused the formation of the universe, were present as singularities in the cosmic space-time continuum. His theory flew in the face of the dominant scientific narrative of the time that black holes were inescapable and did not emit any matter or energy. Hawking found this to be theoretically false and laid out the argument for the emission of one type of radiation. Today, this radiation has been observed in lab conditions and has been aptly named the Hawking Radiation, cementing Hawking’s place in the annals of science.

While Hawking was always marked out as being intellectually exceptional, it was his physical limitations that ultimately pushed him to break new scientific ground. Hawking was born exactly 300 years after Galileo’s death on January 8, 1942 in Oxford, England. The oldest of four children to Frank and Isobel Hawking—a medical expert in tropical diseases and a medical secretary, Stephen’s childhood has been described as intellectually stimulating. After attending the St. Albans school in Oxford, Hawking gained admission to the University College of Oxford University, in 1959, at the age of 17 where he studied physics after considering medicine and mathematics. Hawking’s attitude towards academics at this early stage has become something of folklore now, with the physicist claiming once that he studied just 1,000 hours in the three years he spent as an undergraduate. Nevertheless, Hawking had no difficulty in navigating his undergraduate studies and later on in life claimed that his tutors resented him for doing well academically despite the little time he spent on his studies.

Upon graduation, Hawking enrolled in Trinity College at Cambridge in 1962. This is where his probing into black holes and cosmic singularities began under physicist Dennis Sciama and astronomer Fred Hoyle. While black holes had been implied by Einstein’s theory of relativity, the subject had yet to get any serious scientific attention until Hawking and his professors commenced their work.

Cambridge was, in more ways than one, the turning point in Hawking’s life. Even as he started shaping his scientific and and professional trajectories, his personal life was disturbed by multiple shocks during his time at Trinity. At the age of 21, in 1963, Stephen Hawking was diagnosed by his doctor has having an extremely rare and debilitating motor neuron disease ALS. While people seldom live more than five years with the disease, Hawking’s doctors gave him just two. This time was later described by Hawking as the most challenging period of his life as he struggled to motivate himself to stay with his studies. Despite doctors’ dire predictions, Hawking lived for 55 years after his diagnosis, possibly making him the only person to have survived the condition for such a long time. The disease that ultimately led to his death left him restricted to a wheelchair and an electronic voice for most of his life. These remained as much a symbol of Hawking’s life as his scientific brilliance.

Hawking also met his first wife Jane Wilde, whom he married in 1965 shortly after his diagnosis, while studying in Cambridge. Wilde was a critical pillar of support in the years following his diagnosis as Hawking struggled to cope with his rapidly deteriorating health. His relationship and personal struggles were the basis of the 2016 Oscar winning biopic, The Theory of Everything. Eventually, they had three children but their marriage ended in divorce in 1990. Following this, Hawking married one of his nurses Elaine Mason in 1995. This marriage too ended in 2007. Hawking is survived by his two former wives and three children.

Soon after receiving his doctorate in cosmology, Hawking took up a teaching position the Institute of Astronomy at Cambridge in 1968. The next 20 years were his most scientifically productive years during which he published a series of important and influential papers probing the essential questions of the universe which propelled him to stardom in the scientific community.

In the late 1960s, Hawking teamed up with British physicist Roger Penrose and produced groundbreaking research that linked the Big Bang and black holes as singularities in the universe. A few years later, Hawking along with several other physicists presented a hypothesis that all black holes could be described in terms of their mass, angular momentum and electric charge which unseated the cosmic phenomenon as an unobservable, indescribable object of the universe. This was to be the plank on which Hawking proposed what is considered to be his most significant scientific contribution. In 1974, Hawking proposed that contrary to the leading belief of the time that black holes were inescapable; subatomic particles, which came to be called Hawking radiation, could indeed escape black holes’ massive gravitational force. This implied that black holes too, like every other cosmic particle could age and die, which was unheard of at the time. The paper earned Hawking fame and catapulted him into the prestigious Royal Society, where he was named a fellow at the age of just 32.

While Hawking lost his ability to walk by the late 1960s it wasn’t until 1985 that he lost his ability to speak after a bout of pneumonia. Again, Hawking used this deterioration in his health to produce some of his important work. While his work on black holes and quantum theory were what earned Hawking his reputation in the scientific world, his best-selling book A Brief History of Time: From the Big Bang to Black Holes, published for the first time in 1988 brought the wonder of science to living rooms and made him a star among even the generally curious people of the world. The book went on to sell around 10 million copies and became the most widely read science book of all time. For many, this book, which has been republished three times, was the gateway into a universe that had so far been isolated by specialisation way out of reach for general populations. His work in popularising science is what makes him more than just a giant of the scientific community to someone who could hold the world’s collective imagination and wonder even as he spoke of things that could not be further from the experienced realities of earth. While he ultimately could not achieve his dream of a unified theory of the universe, he did manage to create a thread of commonality between this world and the remotest, most inaccessible corners of the knowable universe—the entirety of which could be held in the human mind. He showed that all that was required to make sense of the universe is imagination and undeterred perseverance. By most means, Hawking’s life was no less singular than the cosmic phenomena that he concerned himself with. His death will surely be a gaping hole in contemporary science that will likely take years to fill.