Here is how bacterial spray may help conserve decaying monuments

Study identifies bacteria responsible for calcification and hardening of lime 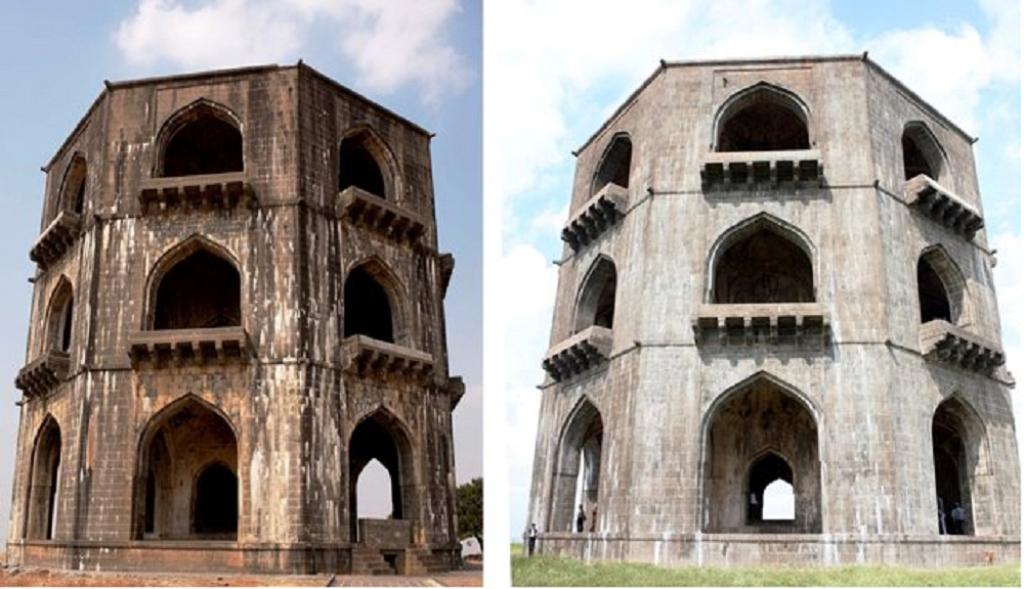 A close examination of a sixteenth-century Moghul monument facing disfigurement has led scientists to a new method of conserving decaying monuments elsewhere in the country.

The Salabat Khan tomb, located 125 kilometres from Aurangabad in Maharashtra, has been losing its shine and beauty due to white deposits on its surface. The tomb suffers from hard and difficult to remove precipitates of calcium carbonates induced by a leaching of lime due to rainwater and certain bacterial growth.

When rain water seeps into the tomb structure, lime leaches through basaltic rock joints. This leached lime is acted upon by bacteria, which turn it into hard calcified lime. Manager Singh, a researcher from the Delhi-based National Museum Institute of History of Art, Conservation and Museology, decided to dig deep and collected samples from affected parts of the tomb.

From these samples, Singh identified bacteria responsible for calcification and hardening of lime. The microbial populations are of Bacillus sp, Arthrobacter sp, Agromyces Indicus and Aquamicrobium sp species. He used petrological analysis, X-Ray diffraction to study chemical and physical composition of the calcite deposits. Partial sequencing of 16S rRNA gene was done for identification of bacteria.

Singh said the organisms that have disfigured the Salabat Khan Tomb could be deployed to protect exteriors of other decaying monuments. “A spray of organisms identified in this study along with calcium carbonate can create calcite layer that will help preserve exteriors of monuments,” he said while speaking to India Science Wire.

In Salabat tomb which is made up of black basalt stones, the bacteria led to development of white patches on the surface, but on monuments made of limestone or marble the same bacteria can be applied to prevent them from decay, Singh explained. For instance, he said, bacteria could be used to clean limestone sculptures of Amravati and Nagarjunkonda.

In this method, micro-organisms are evenly sprayed on the surface and are fed with nutritional medium containing calcium and urea. The bacteria then induce carbonate precipitation by creating low acidic medium and converting dissolved calcium into a protective surface coating of calcium carbonate.

A low acidic or alkaline medium is the primary source through which microorganisms promote this precipitation of calcium carbonate, also known as Biocoating.

“The study is a step towards practically proving that living bacteria can be used to clean as well as protect old and historic monuments and also to seal the cracks, if any, without causing any damage to the monument or its surface. Currently marble surfaces of historic monuments are cleaned by applying mud packs, which at times can be damaging. The techniques which we are proposing are safe and simple,” Singh added.

The white patches on the tomb, meanwhile, have been removed by plugging joints in the structure and extensive physico-chemical processes. The study results have been published in journal Current Science. (India Science Wire)