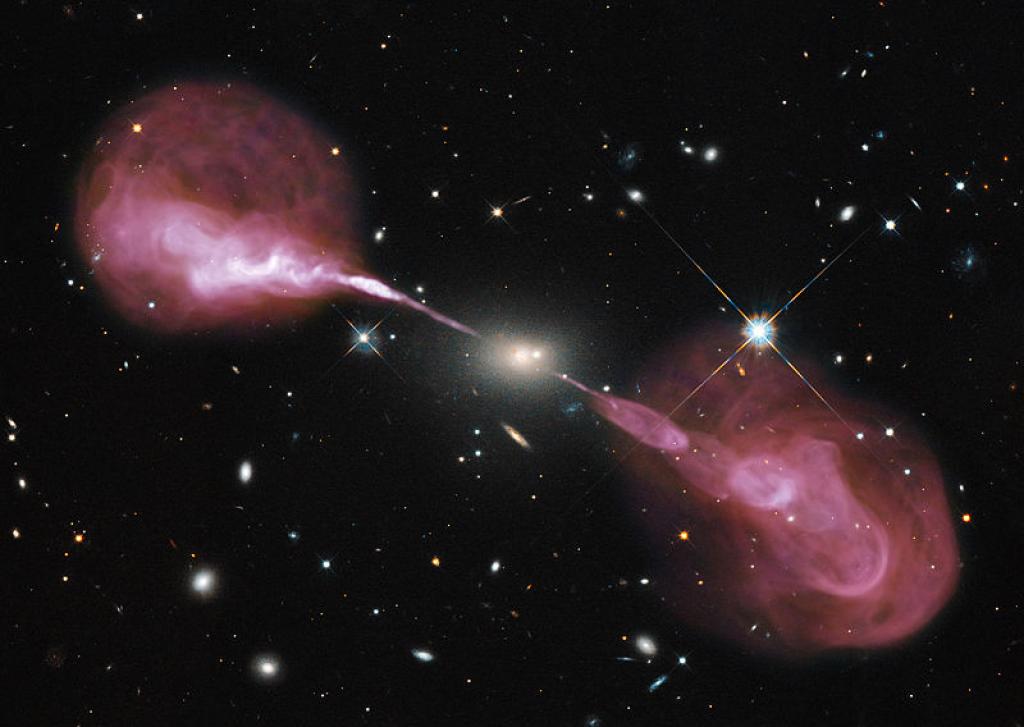 Astronomers led by Pratik Dabhade at Pune-based Inter-University Centre for Astronomy and Astrophysics (IUCAA) have surprised astronomical community with their discovery of 25 new 'giant radio galaxies' (GRGs). These galaxies are among the largest stellar objects. They are so huge and rare that astronomers are puzzled how they got to grow to that colossal size.

Although GRGs are mammoth in size - imagine placing 33 milky ways one after another in a straight line - they are extremely weak in radio luminosity making it difficult for even a sensitive radio telescope to detect them. They are often composed of numerous bright knots spread over a large area that it is not easy for us to tell which of these lobes are part of GRG and which are from unrelated sources. Although millions of regular galaxies and thousands of radio galaxies are known, Pratik Dabhade says “during the last six decades, astronomers the world over have discovered just 300 GRGs.”

Using data from 20-year-old Very Large Array Sky Survey of US-based National Radio Astronomy Observatory, the Indian team identified GRGs which had escaped the curious eyes of astronomers so far. The current study, by adding 25 new candidates, has added additional 10 per cent to the list, which the astronomers say “would be useful in understanding how these galaxies grow to be so large”. The results are published in the journal Monthly Notices of the Royal Astronomical Society. 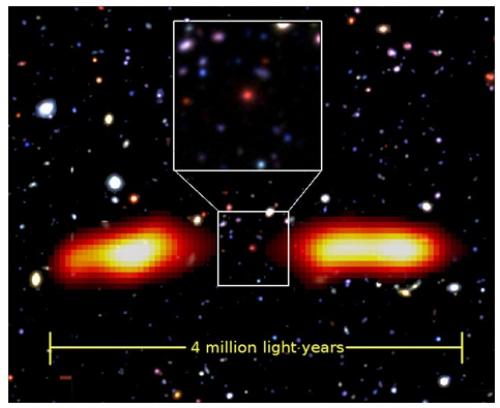 Super massive black hole - typically with mass ranging from one crore to hundred crore mass of the sun- is at the centre of the GRGs. Acting as the 'central engine', this black hole drives the dynamics of the GRGs. All the materials in the vicinity are sucked by the incredible gravity of the super massive black hole. As the materials fall inward, they become ionised and this motion of the charged materials creates powerful electromagnetic force, which, in turn, blasts away the materials at the edges. The jets of hot plasma blasting away from the black hole in opposite directions produce huge lobes of radio emissions that can span much greater distances than the galaxy’s visible light. 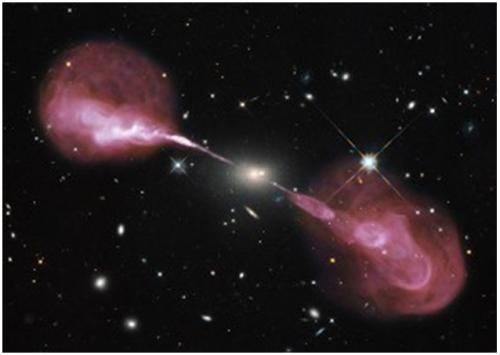 GRGs have been an enigma since their discovery. Since they are known to expand to such large sizes, astronomers believe them to be the last stage of radio galaxy evolution. Powerful GRGs are known to fade away as they go through death throbs in just ten thousand years, a blink of an eye in cosmological terms. Surprisingly some of them are also believed to be resurrecting after fading away, shining bright once again. The study is expected to aid astronomers understand the dynamics of the GRGs.

Just as we can make an inference about air turbulence by observing billowing smoke from a chimney, we can learn a lot about interstellar medium from GRGs. One of the GRGs identified by this study, GRG15, “clearly challenges the common belief that GRGs grow in sparse, non-cluster environment” say the researchers and claim that “environment alone does not play a major role in exceptionally large sizes of GRGs”. The researchers said they would be presenting more samples of GRGs along with results of statistical analysis and multi-wavelength studies of their properties in forthcoming papers.