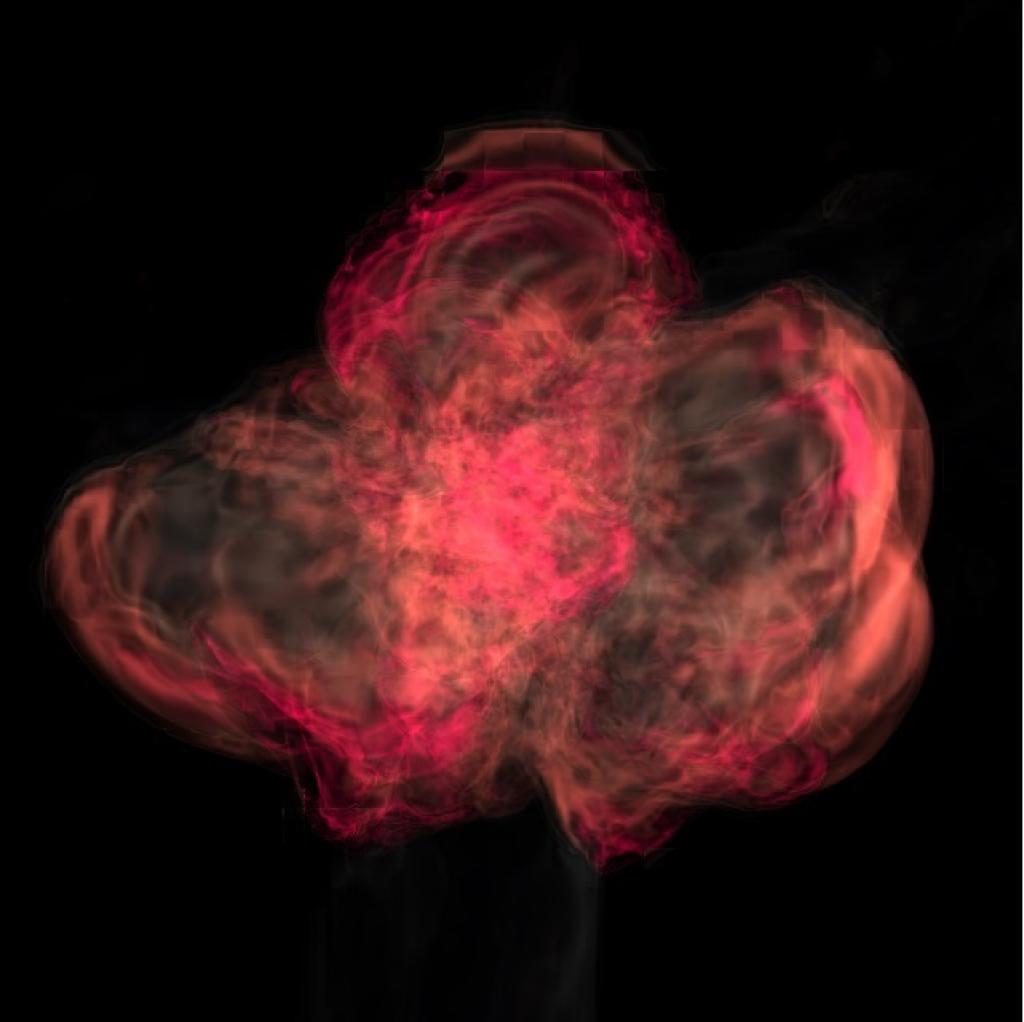 Eyebrows are sure to rise if you see someone who is ninety plus yet not having a shred of grey hair. Likewise, billions of years old galaxy clusters having witnessed astounding dynamic events including cataclysmic collision of galaxies, yet not a trace of gamma rays was a long-standing puzzle in the cosmology.

An international team of researchers led by Surajit Paul of Savitribai Phule Pune University (SPPU) and a visiting associate of Pune-based Inter University Centre for Astronomy and Astrophysics (IUCAA) has revealed the entire process of production of cosmic rays in galaxy clusters and solved the long-standing puzzle of non-detection of Gamma Rays from them.

Universe has a hierarchical structure from a humble 'star-planet system' like the solar system at the bottom to massive galaxy cluster with trillion of stars at the top. Most stars in the universe are not single like Sun but are two or more stars going around each other.

Stars in a region are bound by their mutual gravity to form local clusters.  Sun and all the stars that we see with naked eye are part of a cosmic structure called the galaxy. There are trillions of galaxies like our Milky Way and our neighbourhood galaxies Magellanic Clouds and Andromeda in our universe.

Usually consisting of hundreds to thousands of galaxies, a typical galaxy cluster is about 10 billion years old. During this long lifetime, a galaxy cluster witnesses all possible dynamic events such as star formation, explosion of stars into supernova activity, galaxy and galaxy group formation and structure mergers at all levels.

Everything that can happen with stars and galaxies materialises and transpire not just once, but often.

With hundreds and thousands of galaxy clusters swarming around, it is no wonder that one time or other two of them should come in collision path. Two clusters of galaxies with billions of stars bang into each other, creating one of the most spectacular cosmic fireworks.

Like any collision, this too throws light and spark. Merging clusters of galaxies throw out immense X-ray radiation lighting up the sky and high energy cosmic rays radiate in all directions.

Cosmic rays are high energy accelerated particles like electrons and protons racing in all the directions in space. Detected for the first time in 1912, Victor Hess, a cosmic ray pioneer, described it as a "radiation of very great penetrating power enters our atmosphere from above".

While to a great extent the thick atmosphere enveloping the earth protects us but astronauts and electronics in space face a danger from constant rain of Cosmic Rays from every direction.

Among these detected cosmic rays some are extremely energetic called ultra-high-energy cosmic rays with energy greater than 10^18 electronvolts.

What are the sources of these highly energetic cosmic rays? It was a mystery until recently. Mainly composed of charged particles, cosmic rays are attracted or repulsed by magnetic and electrical fields, travel twisted and turned.

Thus, unlike say light or X-rays, the source of the emission is not possible to pinpoint. "Shocks emerging out of merger of clusters of galaxies as well as accretion of matter around the periphery of the clusters is postulated to produce them. Hence the galaxy clusters are considered to be reservoirs of cosmic rays," says Samir Dhurde, science educator, astronomer and a member of the Public Outreach and Education Committee of Astronomical Society of India.

Typical cosmic rays produced by shock waves of two merging galaxy clusters contain high energy electrons and protons. All things being equal a black pot will cool faster than a white pot, like manner, a high energy proton has a more considerable radiative cooling time compared to an energetic electron. Having such a high cooling time, protons accelerated by accretion shocks at the outskirts of the cluster can accumulate in the galaxy clusters.

“Such energetic protons, while they eventually decay, must emit gamma rays. One would expect that the galaxy cluster to shine bright in gamma rays. Puzzlingly even the most sensitive Gamma-ray telescopes in the world have not been able to find even a glimmer of gamma rays from the galaxy clusters,” says Dhurde.
“Puzzle, what puzzle? We have been looking at the wrong direction,” says Surajit Paul.
Paul and his team simulated various scenarios of a galaxy cluster collision. In these simulations, one curious aspect stood out. As the collision progressed, the merging galaxy clusters first emitted bright X-rays and subsequently faded.

After a lapse of time, the high energy cosmic rays gained strength. "Astronomers were looking for gamma rays from X-ray bright merge state galaxy clusters, while gamma-ray producing cosmic rays become intensified afterwards, generally after the X-ray emission is faded. Thus, it is no wonder that they found no evidence of gamma rays from galaxy collision so far," says Paul.

After bumping into each other, two fast-moving objects can be seen to move in the opposite direction. Likewise, as two or more cluster of galaxies slam into each other, the inter-cluster matter between clusters rebounds at supersonic velocities. Inter-cluster matter, mainly made up of gases, moving in supersonic velocities heats up and emits X-rays.

Thus, until now, the astronomers were looking at the wrong target" explains Dr Dhurde. This study thus would help astronomers to identify the apt target to study gamma rays from galaxy cluster merging events.

Computing various scenarios of galaxy merger is not a pen and paper job. High-Performance Computing is essential. IUCAA is a national facility set up to give access to universities to undertake world-class research.

Recently IUCAA has set up a High-Performance Computing facility capable of intricate simulations. Paul and his former PhD student Reju Sam John, earlier from the University of Pondicherry used these facilities to perform the computations.

Paul says, "It means a lot when you produce cutting-edge science after extensive use of your systems available in national research institutions like IUCAA. This experience strengthened our confidence to test and build the indigenous capabilities to meet global standards and go beyond."

The study funded under the DST-SERB Young Scientist Fellowship scheme has been published in the Monthly Notices of Royal Astronomical Society. (India Science Wire)