The theme of the Bengaluru congregation is 'Science and Technology: Rural Development' 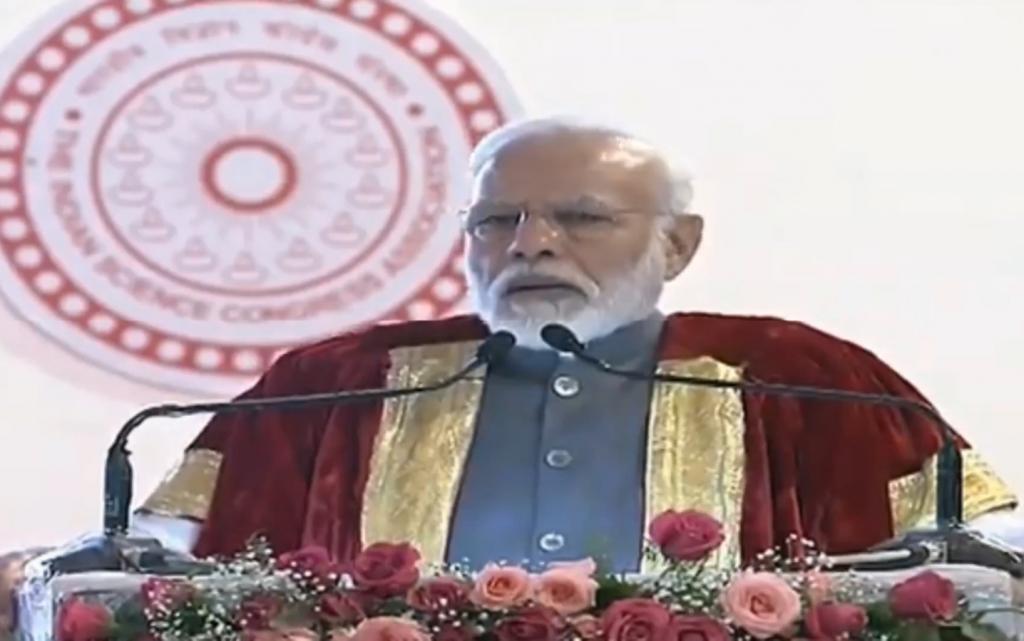 Prime Minister Narendra Modi called upon the scientific and technological communities to contribute towards making India a $5 trillion economy by 2024. It needs a scientific revolution, he said inaugurating the 107th Indian Science Congress in Bengaluru January 3, 2020.

India published 5.31 per cent of such publications worldwide (2008-2018), while China topped the list with 20.67 per cent followed by the United States (16.54 per cent), according to a recent release by the US National Science Foundation.

India, though, clocked the highest growth rate among the three at 10 per cent. The country also moved to 52 from 57 on the global innovation index.

Modi, in his usual style, told the audience at the inauguration that four interrelated processes — innovate, patent, produce and prosper — would lead to faster development. For this, both technology and logical temperament was required, he said.

The theme for this year’s Science Congress is ‘Science and Technology: Rural Development’. The PM pointed out that solving the problems of farmers and the rural economy would be possible only with the application of science and technology.

Developing digital communication technology was essential for equity, he said citing the example of simultaneous disbursements in the much-touted PM Kisan Samman Nidhi Yojana to six crore farmers. Roadblocks like cost overruns and misidentification of target population has been overcome by technology, he claimed.

Modi also asked scientists and innovators for solutions to the most pressing problems facing India and the world, including:

These are not only good for the environment but can become opportunities for start-ups in the country, Modi said. He praised the country’s scientists for making big strides in weather and climate forecasting technology, especially for tropical cyclones and called for more work in deep-ocean technologies, like deep sea mining and autonomous under water vehicles. He ended his speech on the note that technology was unbiased and could benefit everyone without discrimination.

While he could have been touched many more topics, the most important thing the PM missed out on at such a gathering was scientific achievements outside the realm of growth and development.