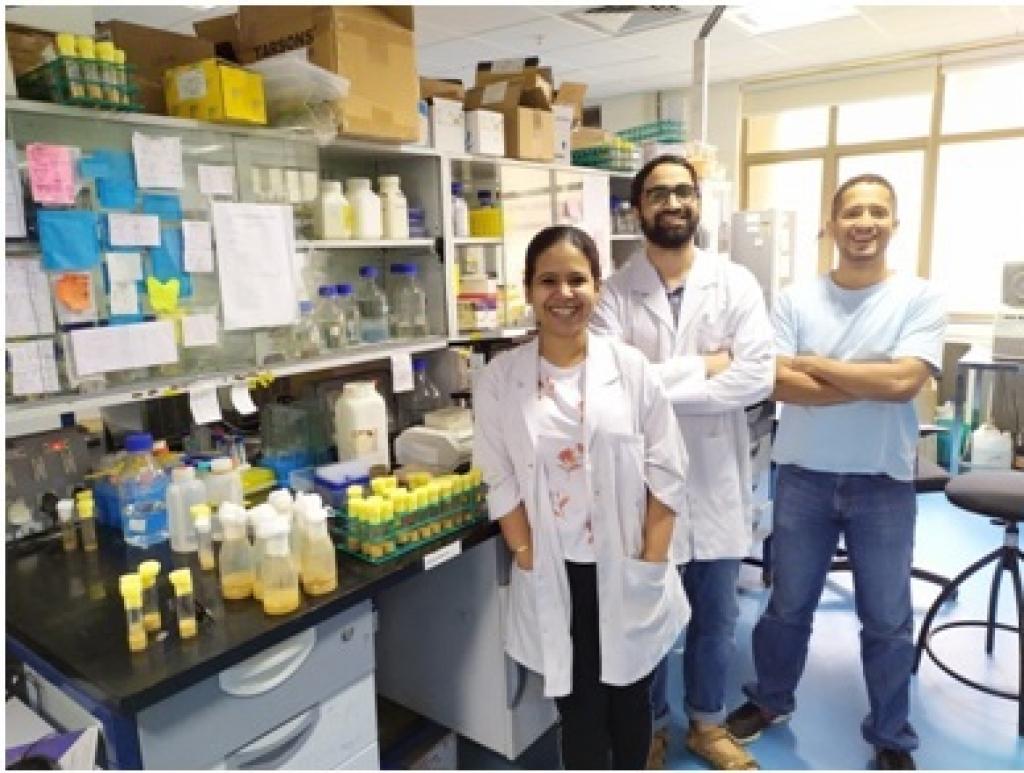 Sexual reproduction is central to maintenance and propagation of all organisms. Besides the sexual organs, male and female of human and other higher organisms have differences in their central nervous system (brain and spinal cord) and consequently show different sexual behaviour.

How does this occur? Does it happen at the embryonic stage itself or later? Researchers at the Hyderabad-based Centre for (CDFD) DNA Fingerprinting and Diagnostics have found some answers.

Human and other higher organisms have two major identifying features:  a well-defined anterior-posterior axis (head to tail axis) of the body; and a highly complex central nervous system.

The ‘head to tail’ axis of the body is characterised by divergent non-repetitive regional features seen along the length of the body such as the ears, eyes, mouth, nose, arms, and legs. A family of genes called Homeotic genesexpress serially along the head to tail axis and givedifferent regional identities to the cells by regulating differential gene expression.

The central nervous system comprising the brain and the spinal cordruns along the length of the body and has ‘head to tail’ axis determined by Homeotic genes.The divergent and non-repetitive features in central nervous systemare in the form of different neuronal cell types, whichcarry out different functions like locomotion, feeding and mating.

Among other things, gender-based differences — sexual organ and behaviour — are critical for successful mating and propagation of species.

For development of the sexual organsand their functioning, tail end of the body is evolutionarily specialized for sexual mating across different organisms. However, several aspects such as how sex-specific differences in central nervous system and consequently sexual behaviour arise are not yet known.

In their study done in fruit fly Drosophila melanogaster, CDFD researchers have found that Homeotic gene involved in making the tail end of its body worked with the DM domain gene in central nervous system to bring about sexual dimorphism in early developmental stages. DM domain genes are important for sexual development.

The team found that in female fruit fly, the interaction resulted in death of a small subset of neural stem cells, while such a thing did not happen in the male fruit fly. Thus, female did not have a subpopulation of specialized neurons, while the male had them. This led to differences in mating behaviour of female and male fruit flies.

Speaking to India Science Wire, team leader Rohit Joshi said what has been found in fruit fly could be happening in human and other higher organisms too. “This is the first report indicating that Homeotic genes and DM-domain genes physically interact and that Homeotic gene are capable of using sex specific forms of DM-domain gene as partners in gene regulations,” he said.

“Considering the wide-ranging role of Homeotic gene and DM-domain gene in development and determination of sexual identity, their capacity to collaborate with each other could be a common theme for generating and maintenance of sexual dimorphism in animal development across different species,” he added.

Besides Joshi, the study team included Neha Ghosh, Asif Bakshi, Risha Khandelwal and Srivatsan Govinda Rajan, who is currently at Department of Biological Sciences, University of Illinois at Chicago.

The team has published a report on its work in scientific journal Development. The study was funded by the Wellcome Trust DBT India Alliance Intermediate Fellowship and the Department of Science and Technology, among others. (India Science Wire)