These observations can help scientists better understand Phobos’ orbit and how its gravity pulls on the Martian surface, ultimately shaping the red planet’s crust and mantle 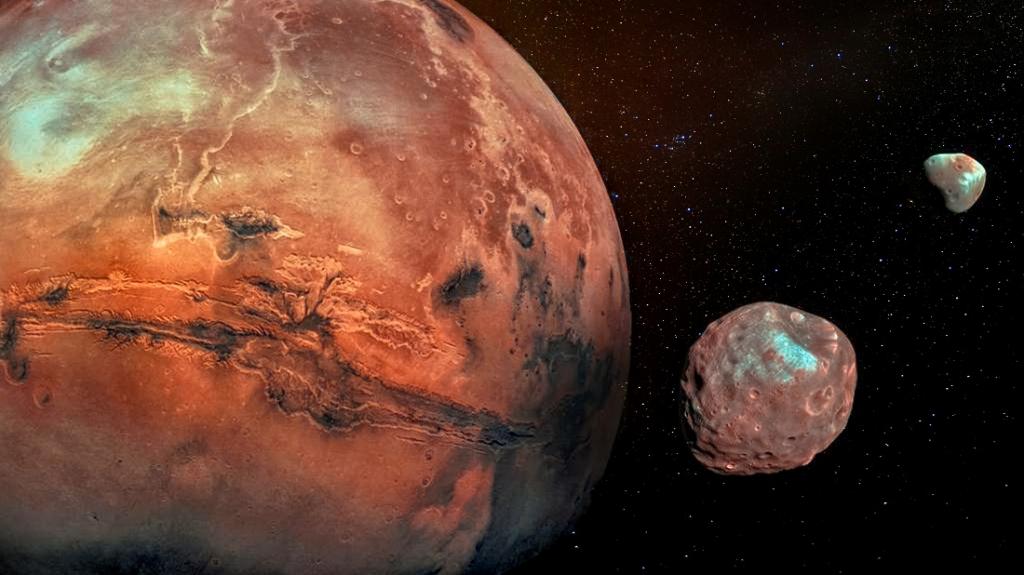 The Perseverance Mars rover belonging to the United States National Aeronautics and Space Administration (NASA) has captured Phobos, Mars’ potato-shaped moon or satellite, crossing the face of the Sun, the space agency said in a statement April 20, 2022.

The eclipse was captured with Perseverance’s next-generation Mastcam-Z camera on April 2. It lasted a little over 40 seconds — much shorter than a typical solar eclipse involving Earth’s Moon.

The agency said this was because Phobos is about 157 times smaller than Earth’s Moon. Mars’ other moon, Deimos, is even smaller.

The last time NASA had captured Phobos was in 2004, when the twin rovers ‘Spirit’ and ‘Opportunity’ took the first time-lapse photos of Phobos during a solar eclipse. Curiosity, another NASA rover, also shot videos with its Mastcam camera system.

However, NASA added that Perseverance, which landed in February 2021, “has provided the most zoomed-in video of a Phobos solar eclipse yet and at the highest-frame rate ever.”

Another unique aspect of Perseverance’s footage is colour.

“You can see details in the shape of Phobos’ shadow, like ridges and bumps on the moon’s landscape,” Mark Lemmon, a planetary astronomer with the Space Science Institute in Boulder, Colorado, who has orchestrated most of the Phobos observations by Mars rovers, was quoted as saying in the statement.

“You can also see sunspots. And it’s cool that you can see this eclipse exactly as the rover saw it from Mars,” he added.

These observations can help scientists better understand the moon’s orbit and how its gravity pulls on the Martian surface, ultimately shaping the Red Planet’s crust and mantle.

Phobos is getting closer to the Martian surface and is destined to crash into the planet in tens of millions of years, according to NASA.

“But eclipse observations from the surface of Mars over the last two decades have also allowed scientists to refine their understanding of Phobos’ slow death spiral,” the statement said.

The Mars 2020 Perseverance mission is part of NASA’s Moon to Mars exploration approach, which includes Artemis missions to the Moon that will help prepare for human exploration of the Red Planet.