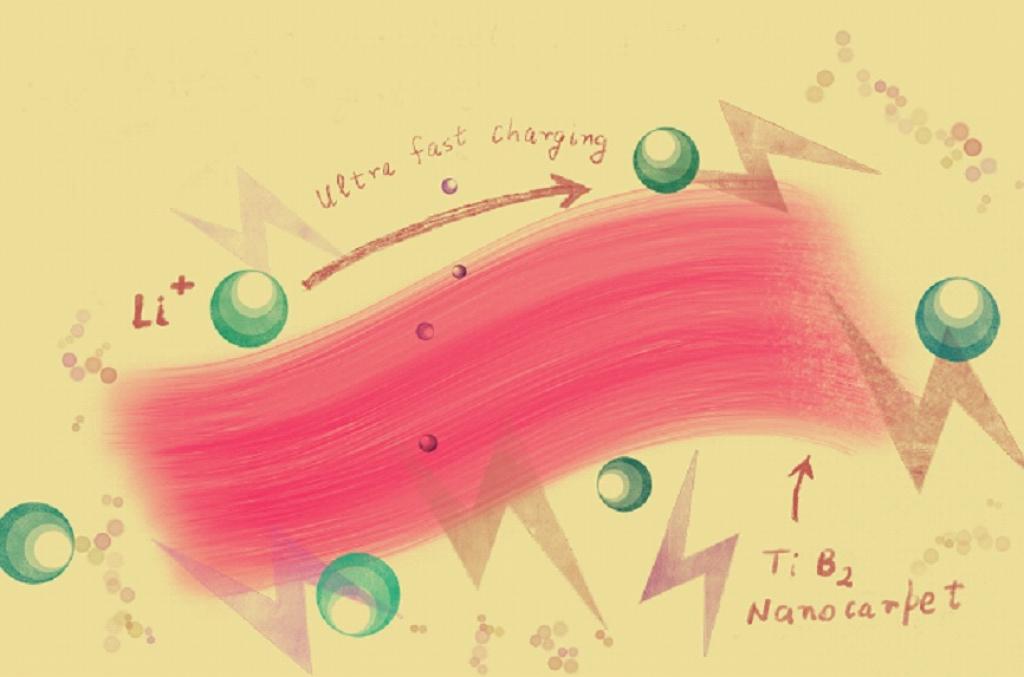 Indian researchers have discovered a new anode material, which could be helpful in ensuring the life and fast charging of lithium-ion batteries (LIBs). This discovery could help charge battery-based devices and electric vehicles (EVs) at ultra-fast speeds.

The new two-dimensional (2D) anode material is developed using Nano sheets derived from titanium diboride (TiB2), which resemble a stack of sandwiches, where metal molecules exist between layers of boron. This innovation has potential for translation from lab to real-life application, researchers said.

LIBs with Graphite anode, extremely energy dense, can power an electric vehicle for hundreds of kilometres on a single charge. However, it has its challenges on the safety front as they are prone to fire hazards.

Lithium Titanate anodes are safer and more preferred alternatives, and they also facilitate fast charging. But, they have a lower energy density, so they would need more frequent recharging.

Li-Ion batteries enabled by nanosheets based anode material have an edge as they offer ultra-fast charging time (full charge within minutes), long life cycle (10,000 cycles at high charge currents), and nanosheets used to prepare the anode have a high density of pores.

While the planar nature and chemistry of nanosheets provide a high surface area for catching hold of Li-ions, the pores enable better diffusion of ions.

The research team led by Kabeer Jasuja (from IITGN) and Noriyoshi Matsumi (JAIST) found that when Titanium Diboride (TiB2)-based Hierarchical Nanosheets (THNS) were used to prepare the anode, it exhibited a discharge capacity of 174 mA h/g (a unit that measures the energy capacity of a battery) that can be obtained at a current rate of 1 A/g within 10 minutes.

The intertwined carpet-like structure facilitates an efficient migration of charges in and out of nanosheets easily, which resolves a Lithium-Ion diffusion-related challenge.

They also found that this anode had an ultra-fast charging capacity with a considerable discharge capacity at high-capacity retention (up to 80 per cent even after 10,000 cycles of operation), which means that batteries made with this material would give almost the same high performance even after more than 10,000 cycles of charging.

Moreover, there was no degradation or corrosion of THNS due to redox reactions, the porosity is also retained very well, and it demonstrates structural stability with less volumetric expansion (less than 40 per cent) over thousands of charge-discharge cycles.

Akash Varma, an MTech student, the first author of the study, said, “It is the presence of titanium and boron atoms arranged in a carpet-like interweaved porous structure within the nanosheets that are helping in an efficient charge transport and storage.”

He spent one year at IITGN and another year at JAIST as a part of his double master’s degree — a unique collaborative programme between JAIST and IITGN.

“It only requires mixing the TiB2 particles in an aqueous solution of dilute hydrogen peroxide and allowing it to recrystallise. For any nanomaterial to translate into a tangible technology, scalability is the limiting factor. Our method to synthesise these TiB2 nanosheets only requires stirring and no sophisticated equipment, making it highly adoptable.”