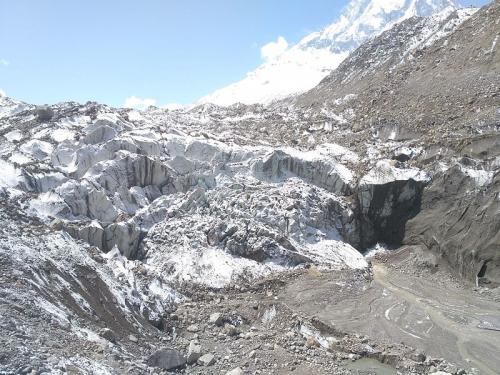 Bursting of glacial lakes is a major cause of concern in the context of climate change. The retreat of glaciers is expected to increase the number of glacial lakes and also expand the size of existing ones, posing threats for catastrophic floods. For preventing such events, precise and timely mapping and monitoring of the glacial lakes is necessary.

Scientists at the Indian Institute of Technology (IIT), Ropar and PEC University of Technology, Chandigarh have developed a new method to map glacial lakes with accuracy of 85 per cent.

Its advantage is that it can help map even a glacial pond as small as 100 square metres with high precision. This is important as glacial lakes generally start as ponds known as supra glacial lakes (SGLs) and then grow in size with time. They form in the hollows on the glacial surface.

Since water has a lower albedo than ice, it absorbs more of the sun’s energy causing warming of the surface ice, which leads to increase in melting of glacial ice. The rates of ablation or removal of snow or ice from a glacier are typically one or two orders magnitude greater around SGLs than elsewhere.

“OBIA utilises spatial information parameters like image texture, contextual information, pixel proximity and geometric characteristics of ground objects. It provides a tool to work on different data sources collectively during mapping, weigh them based on their importance and segregate them based on spectral, contextual, and hierarchical criteria,” explained  Reetkamal Tiwari, visiting faculty at IIT Ropar and lead researcher, while speaking to India Science Wire.

The researchers tested the new method to map SGLs in the Gangotri glacier, using data from Indian Space Research Organisation’s Resourcesat-2 satellite. Tiwari said the method could be used to map and monitor other types of glacial lakes also such as moraine dammed lakes which too pose serious threats of flooding through sudden bursting.

The study was funded by the Department of Science and Technology. The research team included Kavita V. Mitkari and Manoj K. Arora of PEC University of Technology, beside Tiwari. The study has been published in IEEE Journal of Selected Topics in Applied Earth Observations and Remote Sensing. (India Science Wire)