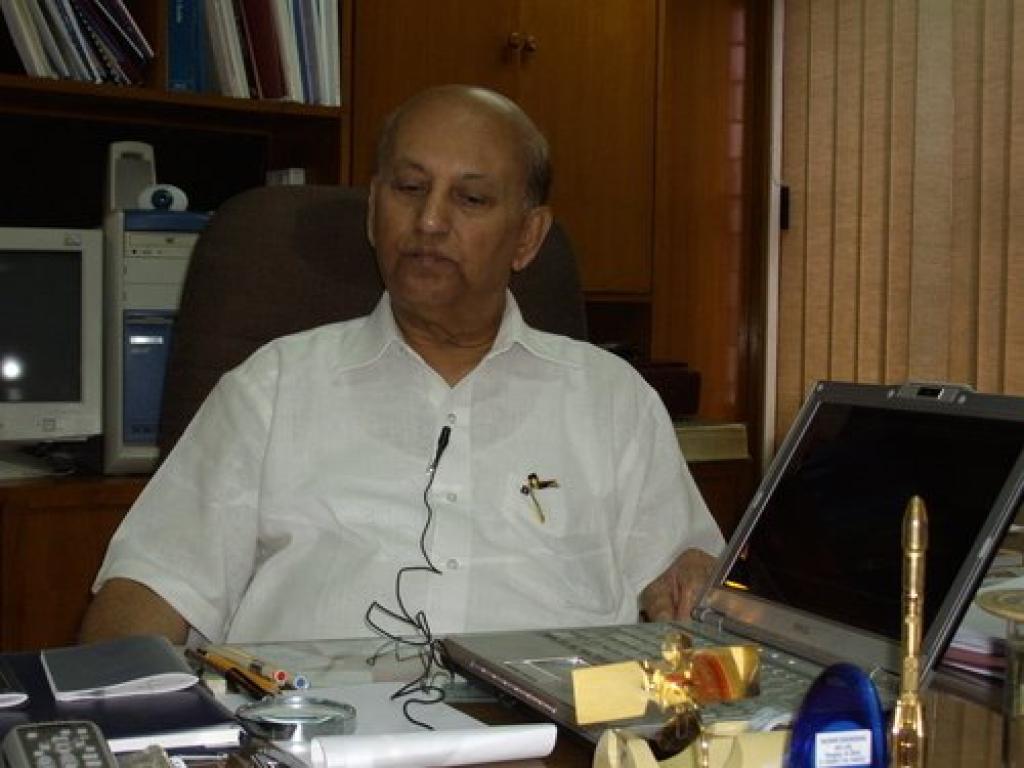 The Indian Space Research Organistaion (ISRO) is today counted among the best space agencies globally. Much of the credit for this goes to Udupi Ramachandra Rao who helped the agency master technology for making complex communication, weather and remote sensing satellites with limited resources and difficult circumstances such as technology denial.

Having started his career as a doctoral student of Vikram Sarabhai in 1954 at Physical Research Laboratory (PRL) in Ahmedabad, Udupi Ramachandra Rao spent his scientific career spanning almost half a century for developing and nurturing the Indian space programme. After a brief stint in America as a postdoc at Massachusetts Institute of Technology (MIT) and Jet Propulsion Laboratory (JPL), Rao returned to India at the behest of Sarabhai.

Throughout the 1960s, Sarabhai was feverishly trying to put together a plan for developing space technology applications in India after having successfully set up the sounding rocket facility at Thumba in Kerala. He asked Rao, who had worked on spacecraft systems while being at NASA, to prepare a blueprint for development of space technology in India. Then he asked Rao to implement the plan. The rest of Rao’s life was spent in doing so, beginning with the fabrication of India’s first satellite – Aryabhata – launched in April 1975.

Aryabhata, weighing 358 kg, was built from scratch by a young team of engineers and scientists put together by Rao at a newly created facility in the Peenya industrial estate in Bangalore. The facility later became the ISRO Satellite Centre with Rao as its founding director. The Soviets launched Aryabhata from the Kapustin Yar Cosmodrome, without charging any fee, purely as a friendly gesture. This was followed by launch of Bhaskara 1 and 2, and Rohini series of satellites.

If Aryabhata got a free launch from the Soviet Union, the first experimental communication satellite - Ariane Passenger Payload Experiment (APPLE) – was launched for free on a development flight of Ariane vehicle of European Space Agency (ESA) from Kourou in 1981.

The American media ridiculed India’s foray into space when it was ridden with other problems as poverty. News weekly, Newsweek, carried a picture of APPLE being transported from the hanger to test center in a bullock cart with a caption ‘Collision of Centuries’. Many years later, Rao explained in an interview why the satellite was carried on a bullock cart: “We had to ship the satellite for EMC (Electromagnetic Interference/Capability) testing, and trucks made of metals were throwing off reflections that were affecting the satellite's antenna. Then somebody hit on the idea of a bullock cart, which is made of wood. It worked perfectly.”

With the experience gained from building experimental satellites in the 1970s, Rao came up with an ambitious idea of building larger communication, remote sensing and multi-purpose satellites with practical applications. Thus were born the legendary series of Indian satellites in the 1980s – the INSAT (Indian National Satellite) and IRS (India Remote Sensing Satellite) – which provided communication, broadcasting, weather and earth observation services to a variety of Indian users. Thus within two decades, Rao could demonstrate the applicability of space technology for national development, as envisioned by his mentor Sarabhai. This is despite the problems Rao was facing in the 1980s with successive failures of Augmented Satellite Launch Vehicle (ASLV).

In all, over 20 satellites were designed and launched under his guidance. Besides laying foundation for self-reliance in satellite building, Rao is credited with building a new way of executing complex technology project – which many call the ‘ISRO Culture’. All space projects are complex, challenging, multi-disciplinary, time-critical, and – in the case of India – have to be executed with limited budget. Rao mastered this art. Leveraging his experience of working with NASA, Rao introduced a matrix management structure for managing projects by ensuring optimal use of available resources. The ISRO culture encompasses decentralized decision making for technology development, systems engineering, quality assurance, peer review and thorough failure assessment. Actually this is what differentiates ISRO from other scientific agencies in India.

Rao came from a humble background. He was born in Udupi in Karnataka. “I saw a train for the first time when I had to go to Bellary for Intermediate. I had never seen a train because no trains used to come to Udupi. They used to come to Mangalore, which is about 58 km from Udupi. Udupi was a taluka at that time, but there were four rivers, at each river you had to take a boat to cross and then take another one. It was a big effort going to Bangalore from Udupi,” Rao had recalled in an interview a few years ago.

He first thought of space technology while doing M. Sc. at Banaras Hindu University. “I said I wanted to be a space scientist. I was not sure my own professor would have welcomed it because at that time space was not a hot subject, but I had a dream. The main thing is we must dream and then you have to just dedicate yourself for that.” (India Science Wire)