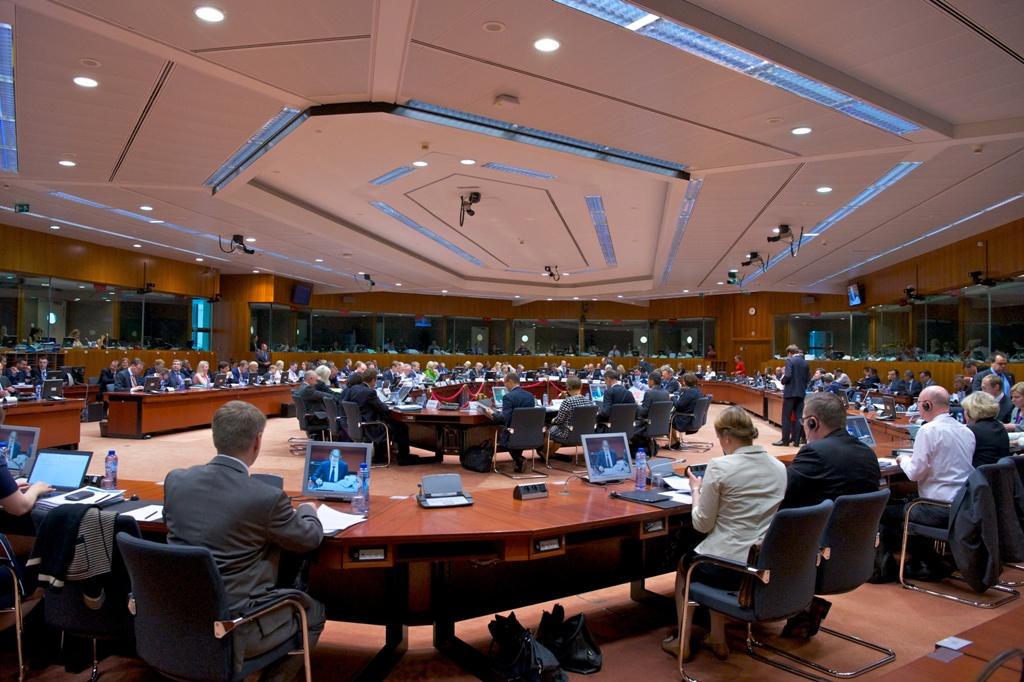 The decision was taken by the EU's Competitiveness Council at Brussels on May 27, 2016 (Photo credit: The European Union)

European Union (EU) ministers have agreed to make available all publicly funded scientific papers for free within four years. This move is expected to accelerate the transition towards an open science system and encourage the use of scientific research and knowledge for sustainable development.

The decision was taken by the EU's Competitiveness Council—a gathering of ministers of science, innovation, trade, and industry—at Brussels on May 27, 2016. Delegates at the event demanded that member states be actively involved in the decision, including in the work of the Open Science Policy Platform. They also asked for regular monitoring by the Competitiveness Council. This declaration has been universally accepted by all member states and translated into a clear agreement as demanded by the Netherlands in April 2016 in the Amsterdam Call for Action on Open Science.

The research data will be available in the open domain for reuse by other researchers except for reasons of "intellectual property rights, security or privacy”. Where warranted, researchers will be able to keep the data behind closed doors. This is significant since the European Commission plans to create a new European science cloud that will give Europe's 1.7 million researchers and 70 million science and technology professionals a virtual environment to store, manage, analyse and reuse their data across disciplines and borders.

“Open Science is a topic which is very dear to our hearts,” said Sander Dekker, chair of the Competitiveness Council and State Secretary of Education, Culture and Science of the Netherlands, at the meeting. “During the Netherlands presidency, we have aimed at bringing Europe to the forefront of global change and at leading the transition to a new way of doing research and science based on openness, big data and cloud computing.”

This initiative will allow free access to results of research supported by public and public-private funding, most of which is presently behind pay walls on websites of scientific journals and databases. Less than a quarter of newly published papers are immediately available through open access; the rest remain behind a pay wall, some permanently. Many journal publishers do allow authors to publish their papers under Open Access, but only after an embargo period of anywhere between a few months to a year.

What is Open Science?

Open science involves moving from a system in which it is difficult to access and locate the results of scientific research to one that openly disseminates results to all kinds of users, such as researchers, knowledge institutions, companies, patient organisations, teachers, students, farmers and citizens in general. It aims at transforming science by dissemination through Information and Communication Technology tools, networks and media.

“Open Science breaks down the barriers around universities and ensures that society benefits as much as possible from all scientific insights. In that way we maximise the input of researchers, universities and knowledge institutions," Dekker said in his statement.

Is the target for open access to research realistic?

The move towards Open Access is not binding on EU member states, but is rather a political orientation for their governments. It encourages the Commission and member states to further engage with third countries in order to accelerate the transition process to open science. However, some see the target of providing open access within four years as overly optimistic. While Open Access advocate Stevan Harnad of the University of Québec in Canada admits in an interview to Science that the means of reaching the target are "still somewhat vague”, the League of European Research Universities (LERU) has said “it is not an easy ambition”.

In the global context, open access to scientific knowledge is well-aligned with the 2030 Sustainable Development Agenda that emphasises on transfer of technology and knowledge-sharing as key factors for sustainable development. “Science is essential to moving this ambitious agenda forward. We need to help ensure that decisions are informed by the best available knowledge. That means integrating cutting-edge science into policy,” UN Secretary-General Ban Ki-moon had said in his message to the Scientific Advisory Board in Trieste, Italy this month.