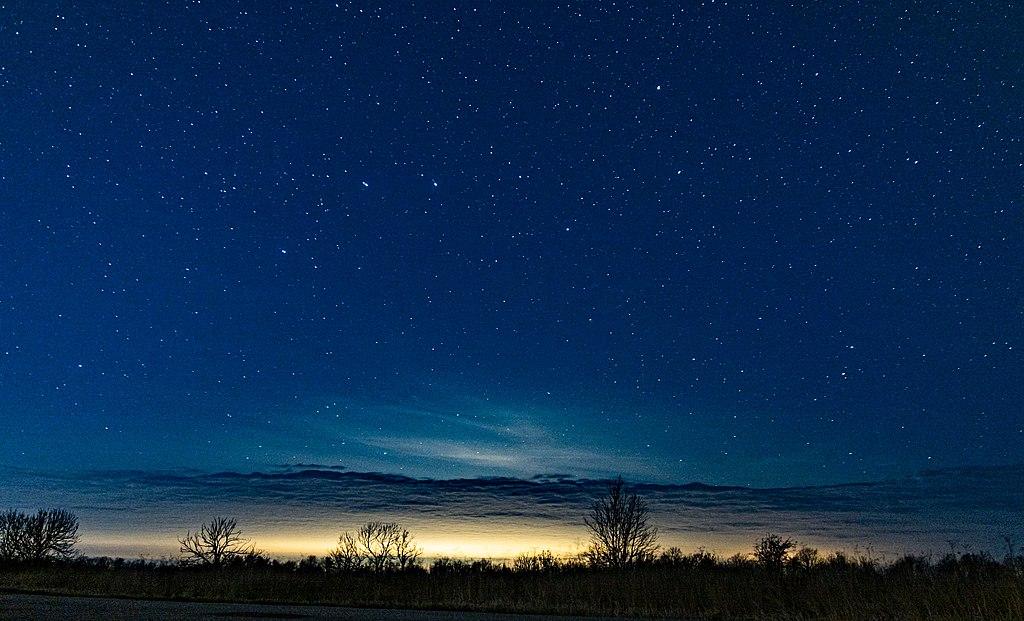 Objects sent to space that orbit the Earth can increase the overall brightness of the night sky by 10 per cent abovel natural levels, showed a new study. This additional light pollution has an impact over a larger part of the globe than ground-based sources, the report said.

The study, accepted for publication in the Monthly Notices of the Royal Astronomical Society: Letters, is the first to take into account the overall impact of space objects around Earth.

“We expected the sky brightness increase would be marginal, if any, but our first theoretical estimates have proved extremely surprising and thus encouraged us to report our results promptly,” said Miroslav Kocifaj of the Slovak Academy of Sciences and Comenius University in Slovakia, who led the study.

The scientists from institutions in Slovakia, Spain and the US considered the active satellites as well as artificial space debris in their calculations.

“Large fleets of communication satellites” that have been unleashed in space not just add to the light pollution but also collide and form more debris, the report said.

Light from this piling debris cloaks astronomical bodies like ‘the glowing clouds of stars in the Milky Way’ from human sight, the study explained.

While telescopes and sensitive cameras often resolve space objects as discrete points of light, low-resolution detectors of light such as the human eye see only the combined effect of many such objects.

Astronomers have complained that the growing number of artificial space objects choke the sky and disturb observations. They usually set up observatories far from city lights to get a good look at the dark sky. The scatter of lights from space objects, however, have a large geographic reach, the study noted.

The researchers hope their findings will change the course of the dialogue between satellite operators and astronomers in how to tackle challenges like growing space debris and light dispersion from artificial moving space objects.