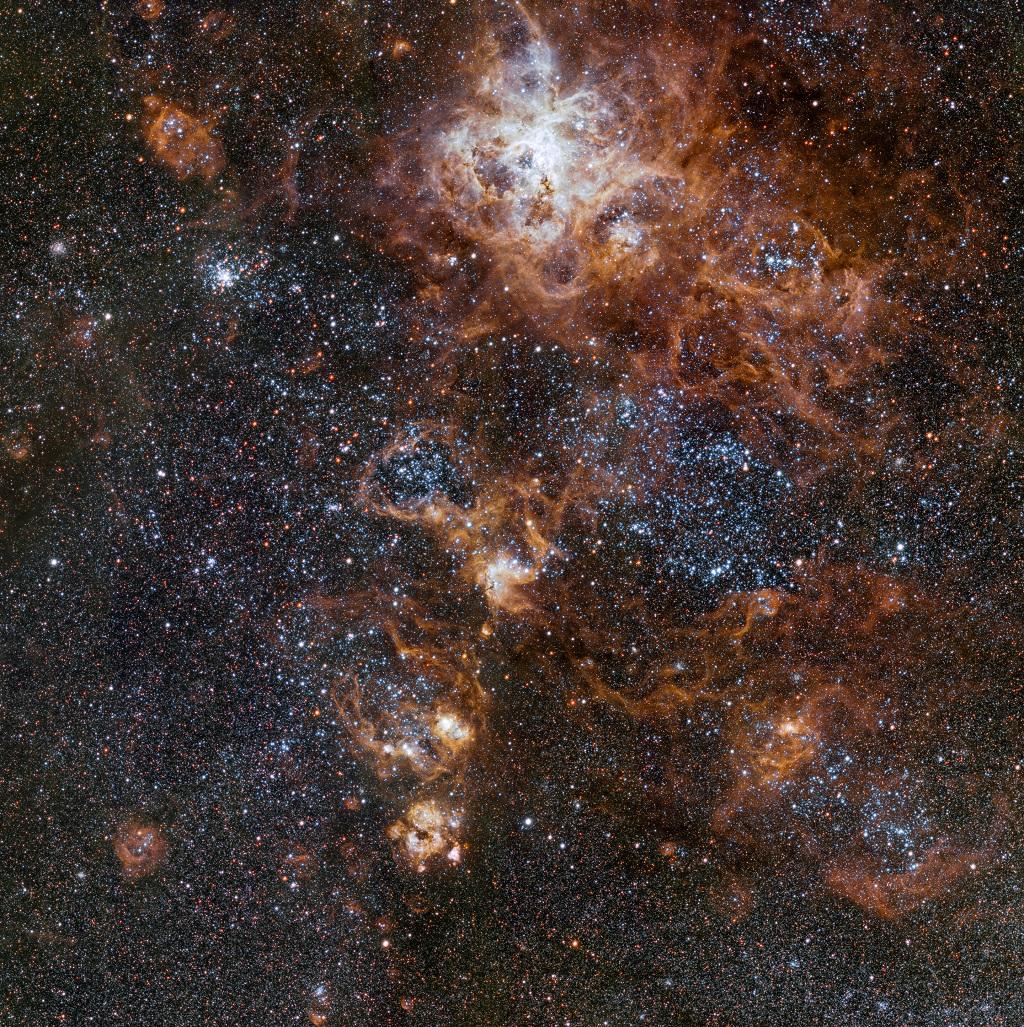 The stellar black hole (VFTS 243) was discovered in the Large Magellanic Cloud, a small galaxy that is gravitationally entangled with the Milky Way.

The team of scientists represent the Center for Astrophysics, at Harvard & Smithsonian (CfA), Amsterdam University and some other institutions.

A black hole is usually formed when the core of a star collapses on itself and explodes to create a structure with such large gravity that nothing — not even photons — can escape it.

In the absence of light, black holes are identified only by X-rays and Gamma-rays emitted when matter from nearby, orbiting stars is sucked in.

But that wasn’t the case for VFTS 243. The star it was born from “vanished without any sign of a powerful explosion”. This means, the dying star collapsed directly and there was no supernova explosion.

Not just that, it is ‘dormant’ because it doesn’t emit high levels of X-rays, according to the paper published in the journal Nature Astronomy.

Black holes normally orbit another bright star that was part of a binary with the star that died to form the black hole.

The scientists used VFTS 243’s companion star — a hot, blue star 25 times heavier than the Sun — to locate it.

They studied around 1,000 massive stars in the Tarantula Nebula, a star forming region in the Large Magellanic Cloud, to look for black holes that may be orbiting them.

The observations made over six years were obtained with the European Southern Observatory's Very Large Telescope.

Confirming that the structures orbiting the star is a black hole was challenging because the possibilities were many, the authors said. It was like finding a needle in a haystack, according to study lead Tomer Shenar, a Marie-Curie Fellow at Amsterdam University in the Netherlands.

The findings also vindicated the possibility that there is an abundance of black holes in our backyard. The group of experts who made the discovery has a reputation for debunking claims of black hole discovery, and are called the 'black hole police' by fellow astronomers.

Shenar sent the findings to teammate Kareem El-Badry from CfA, who has earned the moniker “black hole destroyer” for dismissing several possibilities of new black holes in the past. El-Brady said:

When Tomer asked me to double-check his findings, I had my doubts. But I could not find a plausible explanation for the data that did not involve a black hole.

The newly found black hole is the first dormant one observed outside our galaxy with absolute certainty, the team called the “black hole police” ascertained. It is at least nine times the mass of the Sun, according to the report.

Indications of black holes born out of direct star collapse has been emerging but this is the most concrete evidence of the process, said Shenar.

The findings will help scientists understand the various processes involved in the formation of stellar-mass black holes other than supernova explosion, the authors noted.