Scientists have come closest to confirming a new fundamental force 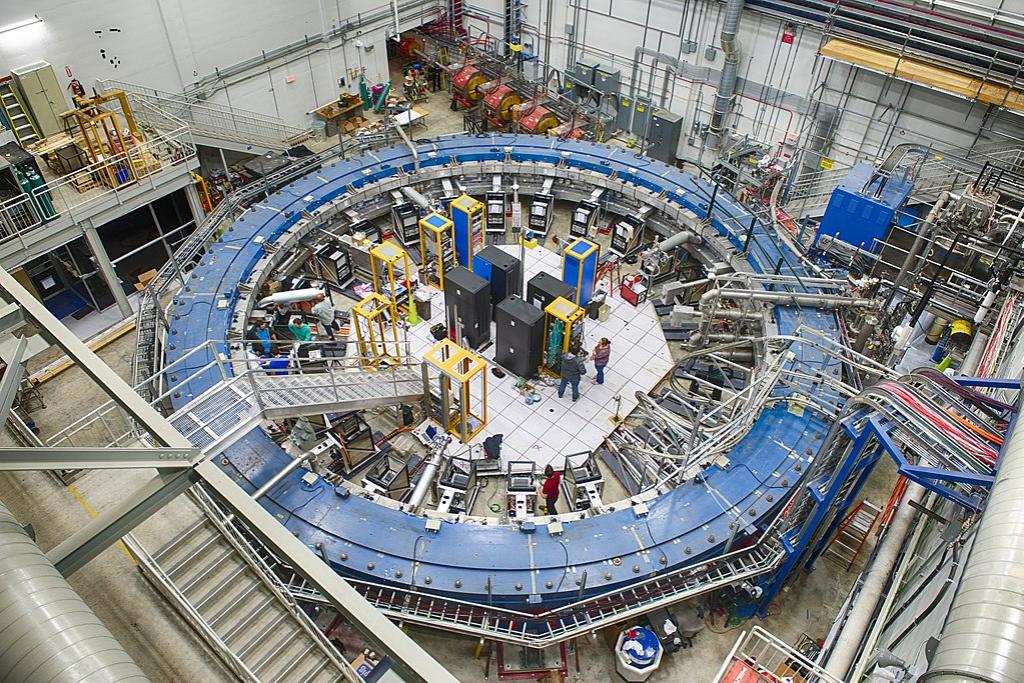 For the first time in 86 years, physicists are on the verge of discovering a new fundamental force of nature which might help unravel the yet unknown parts of the Universe such as dark matter and dark energy.

The new results might also indicate the discovery of a new sub-atomic particle, which is usually discovered every few years. The need for a new force or the new particle indicates a new era in physics deviating from what humans have known so far.

The need itself arises from unknown observed behaviour of muons, fundamental sub-atomic particles similar to electrons but 200 times heavier.

But the latest ‘Muon g-2’ experiment showed the sub-atomic particles are not wobbling the way they should when exposed to known magnetic fields. The test was conducted at the Fermi National Accelerator Laboratory of the United States Department of Energy.

Scientists gauge and understand the normal behaviour of muons from the ‘Standard Model’ of particle physics, which is the prevalent theory for understanding the universe at the level of sub-atomic particles.

A new force of nature or a new fundamental sub-atomic particle is perhaps influencing the muons, results announced April 7, 2021 demonstrated.

The strength of a muon’s internal magnet determines the measure by which it wobbles when exposed to a magnetic field. Physicists call this measure the ‘g-factor’.

In the Muon g-2 experiment, the muons are exposed to a magnet and a flurry of other sub-atomic particles collectively known as the ‘quantum foam’. The particles of the quantum foam pop into existence and go out in really short durations of time.

While the magnet causes the greatest change in the g-factor, the quantum foam can also influence the g-factor to an extent.

The Standard Model allows scientists to calculate the impacts of both these factors with high precision but if the quantum foam consists of particles or forces that are not a part of the Standard Model, then the g-factor values will change further in unknown ways. This is what the latest results of the Muon g-2 experiment show.

Renee Fatemi, a physicist at the University of Kentucky and simulations manager at the Muon g-2 experiment said in a Fermilab press note:

This quantity (g-factor) we measure reflects the interactions of the muon with everything else in the universe. But when the theorists calculate the same quantity, using all of the known forces and particles in the Standard Model, we don’t get the same answer. This is strong evidence that the muon is sensitive to something that is not in our best theory.

Currently, the chances that this new value of anomalous magnetic moment is a just a flaw of measurement is one in 40,000. When the chance reduces to one in 3.5 million, the scientists can claim a discovery.

The Muon g-2 experiment involves 200 scientists from 35 scientific institutions in seven countries and is on its fourth run. In its first run in 2018, it was able to collect more data about muons than all the previous experiments combined.

Scientists are currently analysing data from the second and third runs and a fifth run is being planned. In each of these runs, a beam of muons is sent into a superconducting magnetic storage ring of 50-feet diameter, where the sub atomic particles go around thousands of times at speeds close to that of light.

“So far we have analysed less than 6 percent of the data that the experiment will eventually collect. Although these first results are telling us that there is an intriguing difference with the Standard Model, we will learn much more in the next couple of years,” said Chris Polly, co-spokesperson for the experiment.

The first time scientists had observed this unknown behaviour of Muons was back in 2001 at the DOE’s Brookhaven National Laboratory. It has taken science 20 years to make the measurement of the discrepancy as precise as possible. Now, the results of the two experiments agree with each other and both deviate from the Standard Model.