Space Race 2.0: Are we ready to stay in outer space? 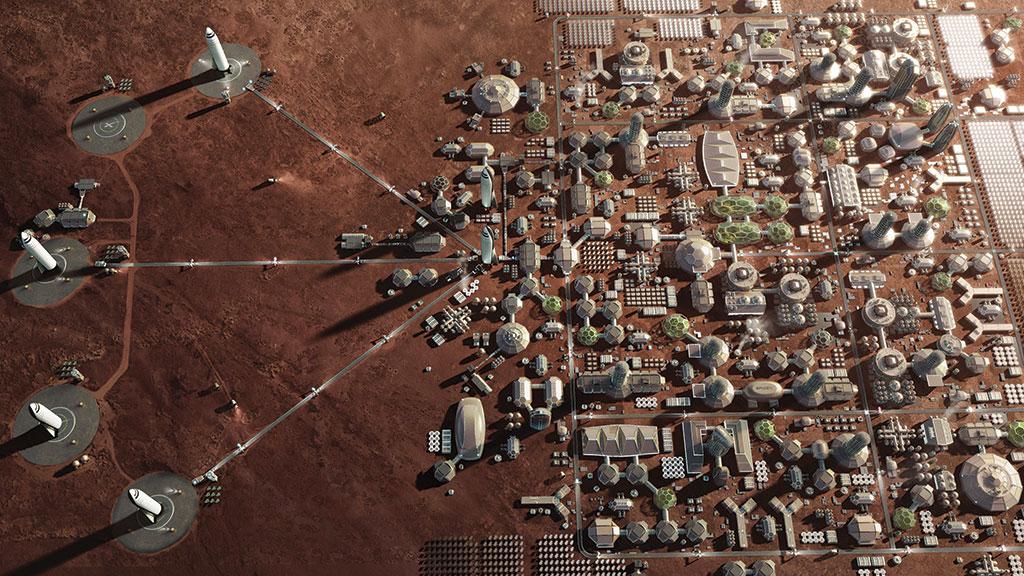 A colony on Mars, as conceptualised by the US-based private aerospace company SpaceX

On April 18, 003, as per Asgardian calendar, or on April 12, 2019, as per the Gregorian calendar, the national parliament of Asgardia confirmed all its ministers and committee chairs. The head of the nation, Russian scientist and billionaire Igor Ashurbeyli administered the oath of office to the newly appointed leaders. The nation does not exist on Earth, but in space, in future. Its only physical form, as of now, is a CubeSat Asgardia-1, a bread-box-sized satellite floating in the low Earth orbit with half-a-terabyte data related to the virtual nation’s constitution, national symbols and details of its million population. Ashurbeyli now wants the UN to acknowledge Asgardia's sovereignty Another group of people, led by American businessman Dennis Hope, have also approached the UN and filed a declaration of ownership over properties they have bought on extra-terrestrial bodies. Hope is the founder of Lunar Embassy, which he claims is “the only company in the world to possess a legal basis and copyright for the sale of land on the Moon, and other extraterrestrial property within the solar system”. Since 1980, he has sold 247 million hectares on the moon, and some on Mars, Venus, Mercury and IO, a satellite of Jupiter.

Are they just dreamsellers? Early this year, Mars One, which initiated the world's first crowdsourced-effort to create a colony on the red planet and signed on thousands of volunteers for the one-way mission, was declared bankrupt. While the Dutch start-up is now accused of being a scam, several individuals and organisations, including government agencies, are working overtime to develop technologies and gathering know- ledge to make life possible in space. 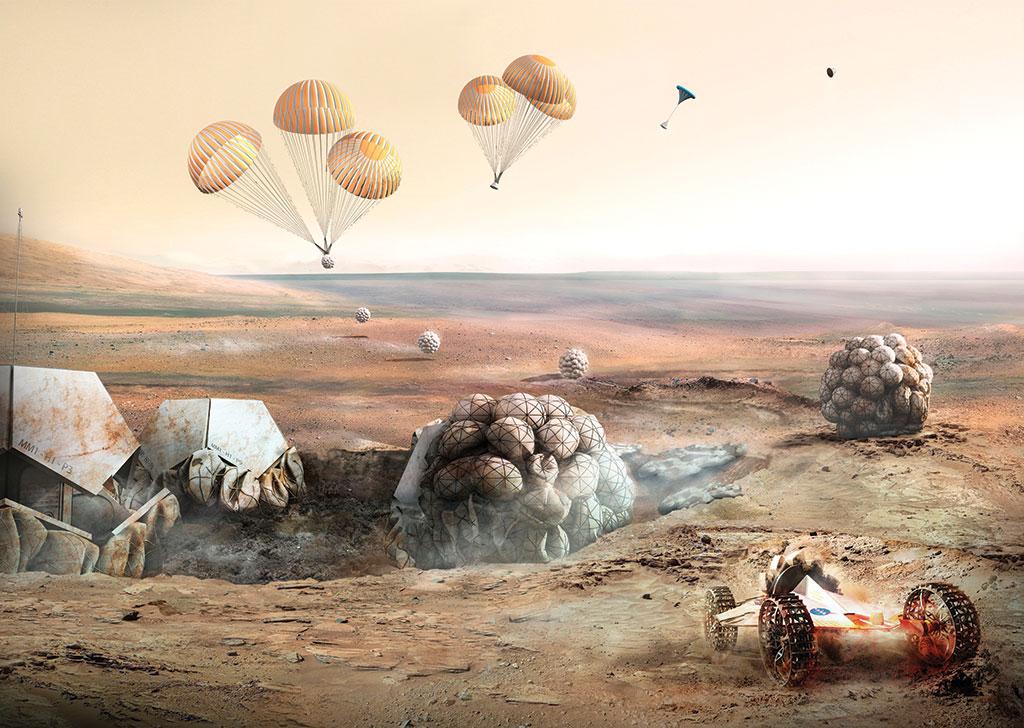 One recent initiative is ExoMars progra mme, launched in 2016 by the European Space Agency (ESA) and Russia's Roscosmos. "The aim is to investigate the Martian envi ronment and demonstrate new technologies paving the way for future exploration mis sions," says Bernard Foing, astrophysicist at ESA who is also co-investigator, ExoMars. Over the past two months, ExoMars' Trace Gas Orbiter (TGO), placed in the Mars orbit has sent some mysterious information from the red planet about methane and water, the two crucial ingredients needed for life.

TGO has reported no presence of methane in the Martian atmosphere during its year-long observation, even though the gas has been traced several times since 2004 by NASA's Curiosity rover and ESA's Mars Expre ss spacecraft. But it has confirmed that water once existed on Mars, and still does in the form of water-ice or hydrated minerals. While ESA now focuses its mission on exobi ology and geochemistry research on Mars, Foing says, ESA'S Director General Jan Wörner has expressed a clear ambition tow ards a moon village, where Europe could have a lead role. The concept is to develop a permanent station on the moon with diffe rent countries and partners that can contri bute with different experiments and techn ologies. In fact, Wörner is the advisory council member of Moon Village Association, which was set up in 2017 as a "permanent global informal forum" for fostering the knowledge of moon village. 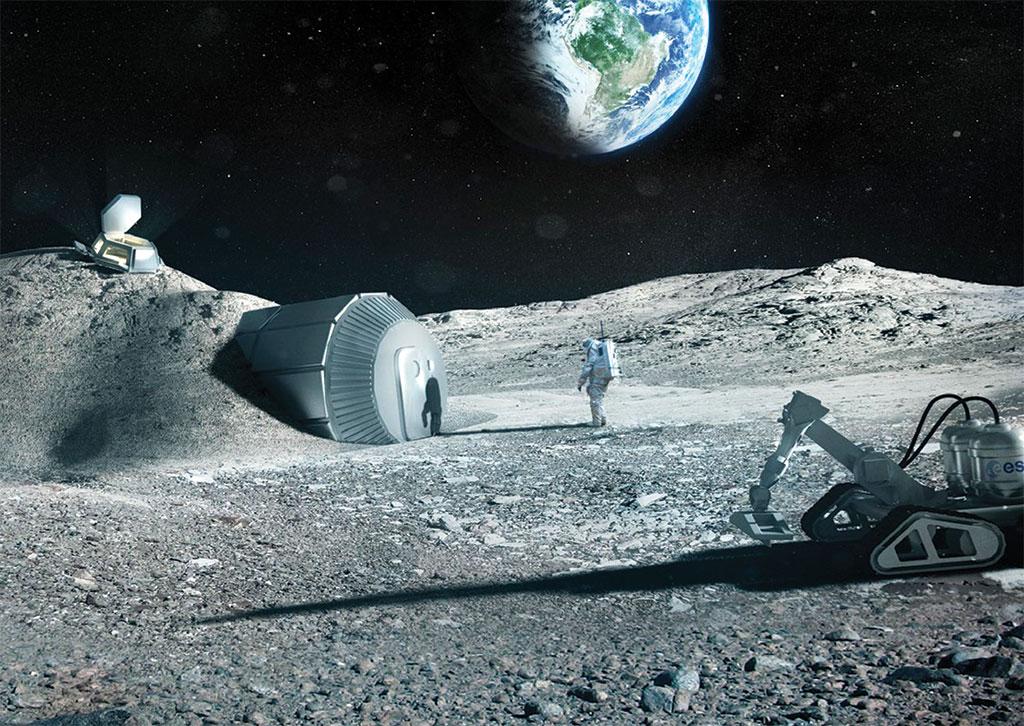 WHETHER MOON OR MARS, scienti sts say the first requirement for living in space would be a habitation that can keep residents safe from the extreme conditions experienced outside Earth. Both moon and Mars, because of their thin atmosphere, experience harmful cosmic radiation and regularly face threats from meteorites and solar flares. On Mars, where intense dust storms are frequent, temperatures fluctuate between -125oC and 20oC; between -170oC and 100oC on the moon. London-based architectural firm Foster+Partners has designed modular human habitats for both moon and Mars. Since sending fully made modules from Earth is cost inefficient, it wants to send construction equipment in the form of robots capable of multiple operations like digging, transportation, melting and 3D printing. These intelligent machines will use loose soil and rocks, called regolith, available on the moon and Mars to construct viable and safe settlements. A space rocket will first transport the robots and inflatable bases in the form of a tubular modules to the Martian surface. From these modules inflatable domes will be released which will form the structural skeleton on which the rest of the construction will take place. One set of robots, the biggest of the lot, will dig up the surface and pile up regolith. The transporter robots will pile this regolith on top of the domes in rough layers. The third type, the 3D printing robots, will then mix regolith with a binding agent and build a one-metre-thick shell on top of the dome to protect the habitat. 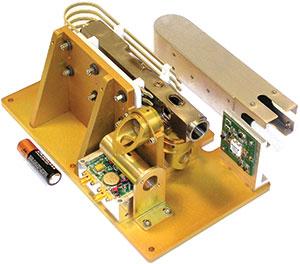 Establishing communication between these robots with control centres on Earth will require highly accurate time keeping devices. For this, NASA's Jet Propulsion Laboratory has developed a Deep Space Atomic Clock, which measures the frequency of light emitted by mercury ions when they jump from one energy level to the next, which is precisely 40.5073479968 gigaHertz. It then uses this property to gauge the error in the ticking rate of a quartz clock and stabilises it. This makes the clock accurate to a microsecond per decade.

Though the presence of water in some or the other form on both the moon and Mars, is now nearly confirmed, initial settlers will have to depend on the Advanced Closed Loop System and the Sabatier reactor, curr ently deployed at the International Space Station, for both water and oxygen. Under the system, water is first broken down into elements. Oxygen is taken out from this step and supplied to the living space of astronauts, while hydrogen is made to react with the carbon dioxide exhaled by astronauts to recreate water. The system produces metha ne as a byproduct, but scientists say that can be harvested and used as a rocket propellant. NASA now plans to conduct the Mars Oxygen in situ Resource Utilisation Experiment (MOXIE), as part of its planned Mars 2020 rover mission, to demonstrate success of the technology on the red planet. 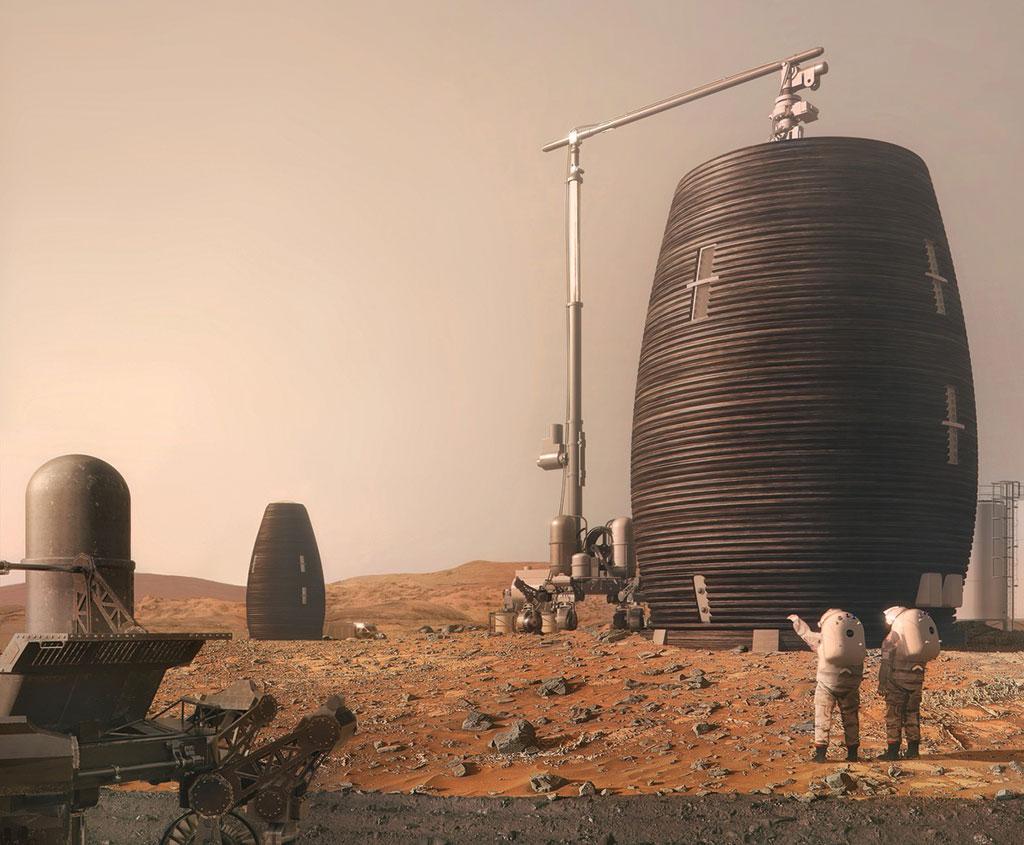 Wastewater will also play a crucial role in space as the scarce resource would have to be used as efficiently as possible. For this NASA is developing a Brine Processor Asse mbly to recover water from urine. Advanced technologies will be used to recover valuable resources from faeces. Another essential requirement for sustaining life is food. If one is to believe the makers of movie Martian, then Martian people will have to make do with a lot of potatoes, in the initial days at least. But if US-based Cemvita Factory’s photosynthesis mimicking technology works out then nutrients, pharmaceuticals and intermediate chemicals can be produced by just cooking up carbon dioxide, water and solar energy in its photobioreactor. One Ion Power Group is trying to produce energy from electrically charged ions created by galactic cosmic rays, which is specific to the Martian atmosphere. This could be a sustainable way of producing energy than NASA’s nuclear reactors which it plans to power its future setups on moon and Mars.

“The challenge on Mars is sustainability,” says Christopher P Mckay, planetary scientist at NASA. “We know how to go to Mars. We need to learn how to stay there. This can also help us on Earth.”