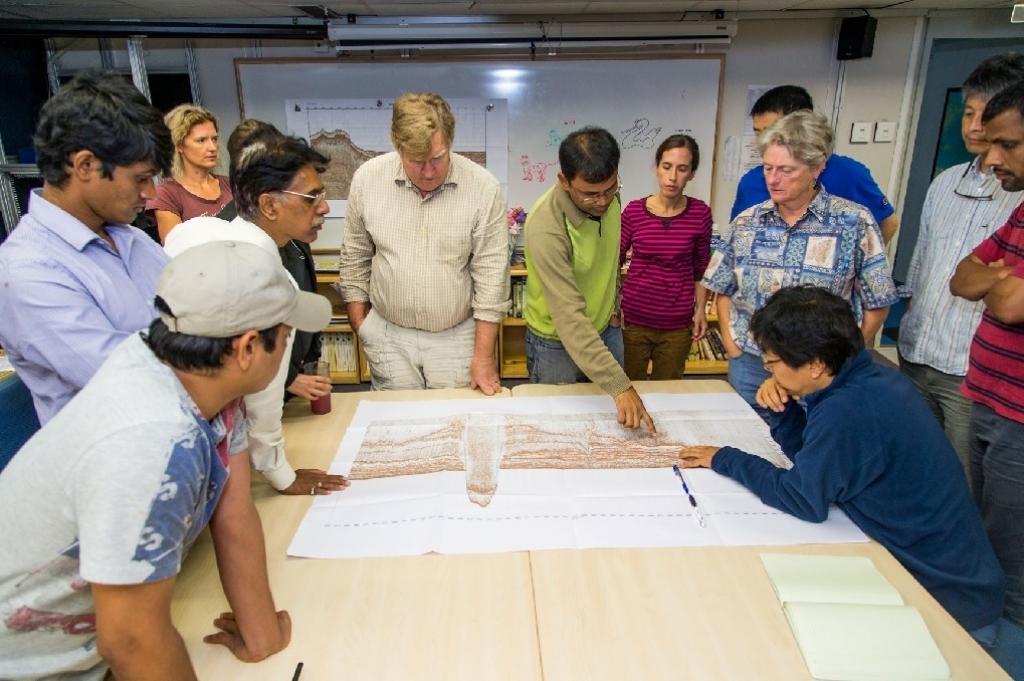 An international team of scientists has unearthed ancient rock samples from the seabed near Laxmi Basin located on the western margin of the Indian continental plate. An analysis of these samples shows that evolution of the northern Indian Ocean was far more complex than previously thought.

The tectonic evolution of Laxmi Basin has been a subject of intense study for over two decades. Scientists have been using geo-dynamic models to describe it as they did not have access to any physical rock samples buried in the deep ocean floor.  The Laxmi Basin is a 300-kilometre-wide, marginal depression enclosed by the Indian continental shelf and the Laxmi Ridge on either side.

It was believed by some that the basin was formed by the extension of the Indian continental tectonic plate, while another theory held that the surface of the basin composed of an oceanic crust overlying an extinct spreading centre formed due to drifting of two tectonic plates.

Based on the newly found samples, scientists have now concluded that a short-lived subduction event had occurred around 70 million years ago in Laxmi Basin.

“The new knowledge will help us determine precisely as to how the Indian plate moved away from Madagascar and Seychelles just prior to the Deccan volcanism. These findings will have implications for a better understanding of how subduction zones begin and evolve,” explained Dhananjai Pandey of the Goa-based National Centre for Polar and Ocean Research, while speaking to India Science Wire.

Pandey and Peter D Clift of Louisiana State University had jointly led the International Ocean Discovery Program (IODP), which found the samples. During the 60-day expedition, a team of 30 scientists and technicians conducted drilling and coring operations. They collected samples of basement rock after drilling through 1100 meters deep into the sea floor in a part of Laxmi Basin.

The expedition was followed by post-cruise study by Dr Pandey in collaboration with Dr Anju Pandey and Prof. Scott Whattam of King Fahd University of Petroleum and Minerals, Saudi Arabia. The study showed distinctive geochemical imprints of igneous rocks in the area, indicating that there was subduction of an older oceanic crust under a younger oceanic crust.

Pandey said, “The finding provides glimpse of a convergent plate motion in the area which is otherwise dominated by divergent tectonics that had led to the breakup of super continent Gondwanaland into three parts: Madagascar, Seychelles, and India.” The study results have been published in journal Nature Communications. (India Science Wire)