This glowing sensor can sniff out explosives 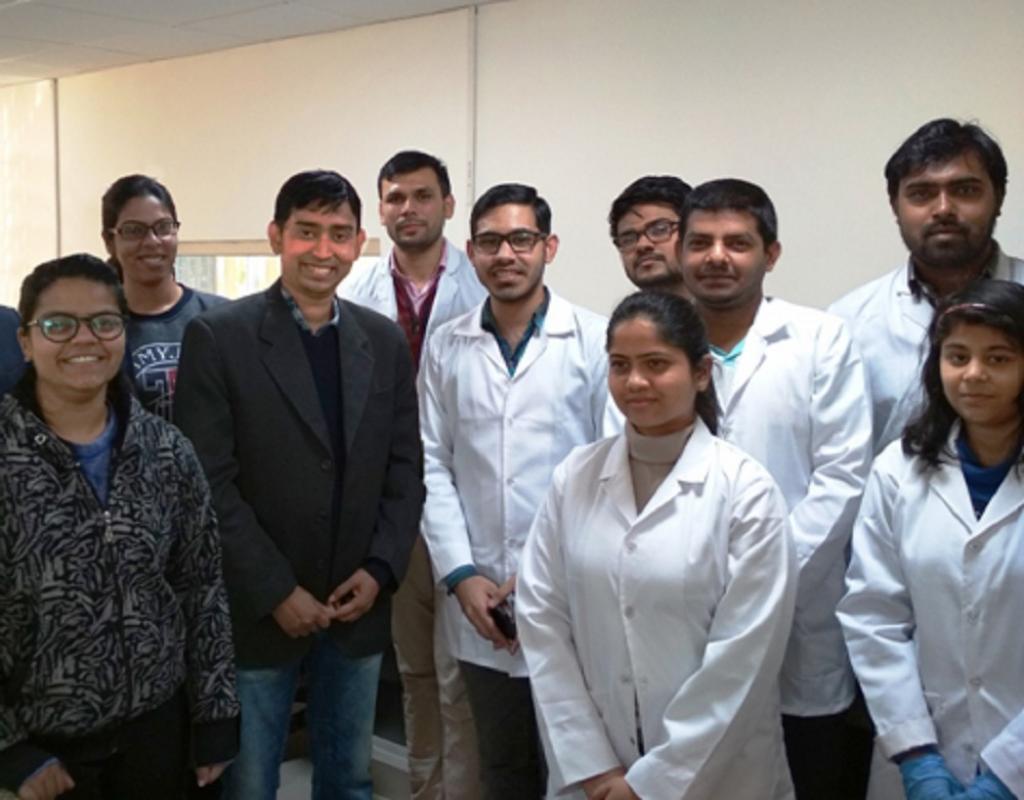 Nitroaromatics are industrial-class chemicals used widely in making dyes, pesticides and polymers. However, they also form the primary compounds of explosives like Trinitrotoluene (TNT), which are hazardous chemicals, hard to detect, and pose civilian as well as military safety threat.

Conventional methods used to detect explosives involve employing sniffer dogs or sophisticated instruments, which are neither economical nor readily translated for field use.

A group of Indian scientists has now developed a new polymer-based fluorescent optical sensor, which is a highly sensitive, selective and economically viable explosive detector.

The polymer material was synthesised using the Reversible Addition-Fragmentation Chain-Transfer (RAFT) copolymerisation technique. The material — alanyl-based fluorescent dansyl tagged copolymer (DCP) — exhibits yellow-green fluorescence under ultra violet light and works on ‘quenching’ of the emission. Quenching is a property wherein the usually electron-rich fluorescent material transfers electrons — by photo-induced- electron-transfer — to an electron acceptor like the nitroaromatics. When exposed to explosives, the copolymer loses its fluorescent light intensity, indicating the presence of nitroaromatics.

The quantum yield — which is a measure of the amount of fluorescence of a material — for the copolymer was found to be 77 per cent, in the spectral band of 400-650 nanometer.

“The sensor material we have fabricated is highly emissive and it exhibits high sensitivity and selectivity towards nitroaromatic explosives like DNT, TNT and TNP in solution,even at extremely low concentrations. It is also effective in detecting the saturated vapours of these explosives,” explained Professor Soumitra Satapathi of Indian Institute of TechnologyRoorkee, who led the research team, while speaking to India Science Wire.

To explore the possibility of using the fluorescent copolymer as a sensor array, the team developed a prototype thin film sensor and exposed it to the vapours of the explosives. “We noticed significant quenching of the fluorescence, in real time measurement mode, implying its suitability for field applications as well,” added Vishal Kumar, another team member.

For practical applications, the team then developed a paper polymer sensor. In controlled experiments, when the sensor was exposed to DNT vapours under UV light, there was an immediate quenching — which was even visible to the naked eye — as the fluorescence diminished drastically.

“This sensor is economical, portable and efficient, and has the potential for applications in defence and forensic fields, to monitor public spaces, or monitor seepage and pollutants of nitroaromatics in groundwater systems,” added Satapathi. The group is now working to expand the use of the sensor to a broader range of explosives.