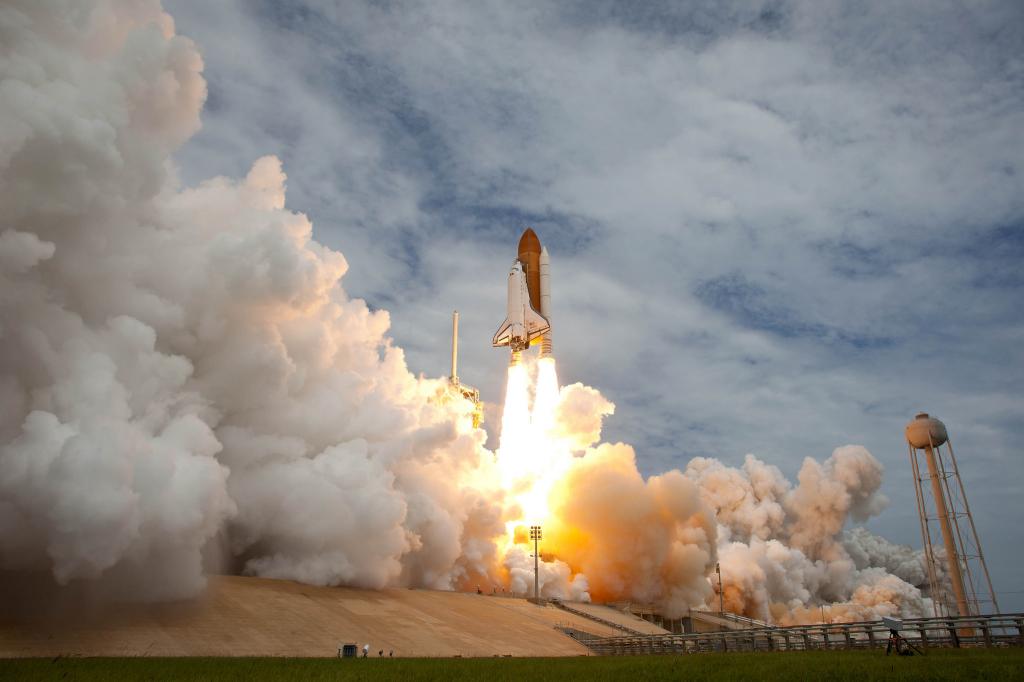 ISRO’s successful test launch of a scramjet rocket engine in the early hours of August 28 is one of the technology demonstrations lined up before the final launch of a Reusable Launch Vehicle (RLV) in 2030. But a cost-benefit analysis of reusable and expendable launch vehicles reveals that there are a number of hindrances in way of achieving cost reduction–the primary objective of developing a reusable system in the first place.

Sunday’s Scramjet Propulsion Experiment (SPEX) was preceded by the RLV-technology demonstration in May and will be succeeded by a Landing Experiment (LEX) and a Return Flight Experiment (REX). A scramjet (supersonic combustion ramjet) engine doesn’t carry oxygen along with the fuel–it picks up oxygen from the atmosphere when the launcher attains supersonic speeds. The underlying motive is to reduce costs and increase our capacity to send space missions.

But, is this reduction of costs achievable?

ISRO hasn’t estimated the costs in developing an RLV yet. “The development of the RLV will take a long time since the technologies associated are multiple and quite complex. Hence, it is difficult to quantify the cost unlike a commercial product having definite development time,” says SR Vijayamohanakumar, group head, Technology Transfer and Demonstration Group at the Vikram Sarabhai Space Centre.

To get an idea about the difference in costs, consider NASA’s X-33 rocket plane. It was built at a cost of US$1 billion. Ten expendable rockets can be built under this budgetary allocation, at nearly US$100 million each. Deviprasad Karnik, director of the press and public relations unit at ISRO said that higher construction costs of RLVs can be recovered in the long run. "For full recovery, our current launch rate of 4-5 missions per year needs to increase significantly," says A R Rao, professor in the Department of Astronomy and Astrophysics in the Tata Institute of Fundamental Research in Mumbai.

These costs are incurred in operation and maintenance of the launcher, which depend on the degree of reusability of the launch vehicle. This, in turn, depends on whether the vehicle is reusable or just recoverable. “We are yet to work out firm plans on whether the RLV will be recoverable or reusable,” Vijayamohanakumar said. Unfortunately, it seems that both cases require additional investment.

Reusability requires a soft landing, like that of a plane on a runway. “For that, we need to build necessary infrastructure,” Vijayamohanakumar said. For recoverability, however, a crash landing would do, as demonstrated by the RLV-TD in May, which crash landed into the Bay of Bengal 770 seconds after being launched from Sriharikota. According to Rao, "In case of a crash landing, the total cost of the launch would increase by 20-25 per cent due to increase in costs of repair and maintenance."

In absence of enough examples of RLVs being put to practical use, there is no evidence of cost reduction if we shift from using an expendable rocket system to a reusable rocket system. NASA’s Space Shuttle Programme (1981-2011) is the only precedent. However, there is increased consensus among experts that the programme was not able to achieve the cost reduction it sought.

For instance, James R Wertz, adjunct professor at the Department of Astronautical Engineering, University of South Columbia, wrote in a paper presented in a symposium on the economics and commercialisation of space activities in Brazil in 2000, “The Shuttle was originally sold to Congress on the basis of dramatically reducing cost. It has been exceptionally successful technically and has the highest overall reliability of any launch vehicle. Nonetheless, it has not driven down launch cost and was approximately 60 per cent more expensive than typical, unmanned, expendable launch vehicles.”