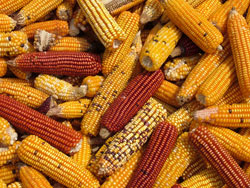 American scientists claim to have developed “safer” genetically modified organisms (GMOs) that cannot spread in the wild. These GMOs have been created using synthetic biology. “What we’ve done is engineered organisms so that they require synthetic amino acids for survival or for life,” Farren Isaacs of Yale University, who led one of the two studies, told BBC.

According to a report by the news service, GMOs are used in Europe, the US and China to produce drugs or fuels under restricted industrial conditions. They can also be used to remove pollutants from contaminated areas. However, strict measures are required to test them in the open.

Researchers say their findings are a “milestone” in synthetic biology. George Church of Harvard Medical School, who led the other study, said that the scientific community needs to develop robust biocontainment mechanisms for GMOs to protect natural ecosystems. This work provides such a foundation by relying on synthetic metabolites, he adds.

There are, however, different views on the necessity for such trials. Huw Jones of the Rothamsted Research in Hertfordshire, which carries out research on GM plants, told BBC that these were research-stage ideas to prevent the unintended spread of GM microbes from contained industrial units. “I see no need for this in crop plants that are anyway risk-assessed and approved for field cultivation and for use in food and feed,” he added.

Julian Savulescu, an ethicist at the University of Oxford, agreed that the research would make GMOs and synthetic organisms safer as they would need to be fed special food (synthetic amino acids) to survive, but warns that all risk can never be removed. “There is still a small chance of some natural event enabling these organisms to change so as to be able to survive in the wild,” he said.

Research: Recoded organisms engineered to depend on synthetic amino acids