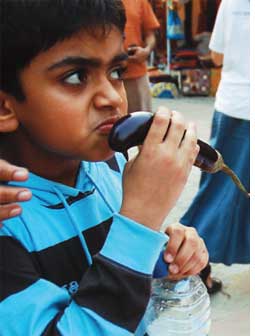 The Supreme Court on Friday asked the committee of technical experts that it had set up six months ago to review the risk assessment of genetically modified (GM) crops to take on board another member before filing its final report. The technical experts committee (TEC), which has already submitted its interim report, was given another six weeks to submit the final report in the public interest litigation filed by Aruna Rodrigues against the Union of India.

In a curious turn at the apex court, the bench of Justice Swatanter Kumar and Justice S J Mukhopadhaya agreed to a plea by the government counsel that the spot left vacant on the six-member committee should be filled by a scientist of their choice. In May this year, a bench headed by the then Chief Justice S H Kapadia had set up a six-member committee to review the safety measures on GM crop testing. Justice Swatanter Kumar was part of the bench which had passed the order setting up TEC. Of the six, plant geneticist V L Chopra who had a stint with the Planning Commission and was a member of the science advisory committee to the Prime Minister, had not participated in any of the meetings of the committee, a fact widely known.

Strangely, the Ministry of Environment and Forests, which, as the ministry overseeing the regulation of GM crops, had set up TEC in consultation with Rodrigues, appeared to have backtracked on its committee. In the court hearing on Friday, it was the Ministry of Agriculture which appeared to be leading the demand for a new member on TEC. R S Paroda, a former director-general of the Indian Council of agricultural Research (ICAR), was named as the new member of TEC.

Since the TEC report was made public last month, scientists on both sides of the GM divide have been inundating the bench with claims and counter-claims. The propaganda war was set off by the biotech industry and the public sector agriculture establishment engaged in GM research which sent a letter signed by around 60-odd agronomists against TEC’s recommendations, claiming these were “unscientific”. In response, over 90 scientists from a range of public research institutions in the country along with farmers’ groups said TEC’s recommendations made to fill the regulatory gaps “merit attention and action from this court.

Industry has made itself party to the PIL, filed in 2005, following the publication of the TEC report. In an overflowing courtroom today, lawyers representing biotech industry group ABLE-Ag in addition to counsels for individual companies such as Monsanto jostled for space with government lawyers, scientists, and activists as any decision would have serious consequences for those promoting GM crops.