As environmental groups appeal against termination of commission, Supreme Court asks government to respond by November 18 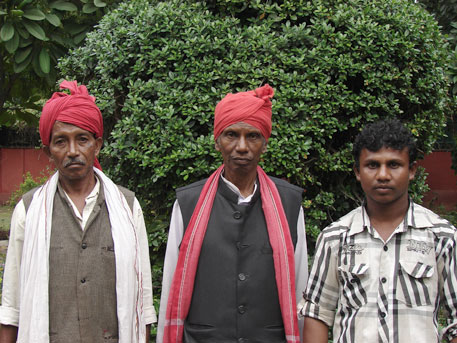 It does not always happen that people approach the government for extending the tenure of a commission of inquiry. So, last month when Mehtu Ram Darbu from Antagarh village in Chhattisgarh’s Bastar region and three other village elders from the region travelled to Delhi to persuade the Union Ministry of Mines to extend the tenure of Justice M B Shah Commission, it spoke volumes about the damage caused by mining to the region.

The commission, which has exposed hundreds of cases of illegal mining of iron ore and manganese in Karnataka, Goa  and Odisha since it was set up in 2010, was supposed to visit Chhattisgarh around the end of this year. Bastar residents allege that state-run mining companies are dumping iron ore fines (waste) in adjoining rivers and are damaging their agricultural land and forests. They had pinned their hope on the commission. But on October 16, the Centre refused to give an extension to the commission. Worse, it did not state a reason for doing so.

For three days, Darbu and the other village elders tried to get past the corridors of power to reach the office of joint secretary of mines Naresh Kumar to understand the reason and submit their plea. While Kumar was not available, a ministry official informed that environmental and agricultural degradation due to mining did not fall under the purview of the commission. This is when the terms of reference of the M B Shah commission clearly stated that the commission would enquire into illegal acts of mining “in terms of destruction of forest wealth, damage to the environment, prejudice to livelihood and other rights of tribal people, forest dwellers and other persons in the mined areas”.

Upon enquiring about the reason, the Union minister for mines, Dinsha Patel, told Down To Earth that Chhattisgarh was the only major iron ore-producing state that remained to be probed by the Shah Commission. But more than 90 per cent of iron ore in the state comes from public sector undertakings and the presence of the private sector is negligible. State-controlled mining is not under the purview of the commission, he explained.

Patel’s claims, however, are belied by what is happening on ground in Chhattisgarh. In the memorandum submitted to the Ministry of Mines, Darbu and the other village elders have pointed out how the government-owned Bhilai Steel Plant (BSP) is expanding its mining area, paving the way for private companies. For instance, on the one hand, BSP wants to open up mineral deposits in the Rowghat Hills in Bastar, claiming that it faces a shortage of iron ore.

But on the other hand, it is relinquishing its lease of the Kacche mines at Ari Dongri in neighbouring Kanker area to a private company, Godavari Ispat Limited, saying that the quality of ore in Kachhe is substandard and that the mine was unprofitable for BSP. This contradicts what the Indian Bureau of Mines' (IBM) Regional Development Plan says. According to the plan document, the quality of ore in the Kacche mine is high grade hematite ore, which contains more than 65 per cent iron, and is compatible with BSP’s expansion requirement.

It seems the government is also promoting private miners in the state. Of the 21 iron ore prospecting licenses sanction by the government, 17 are for private companies, which include Tata, Essar, Sarda Energy and Godavari Power, according to the state’s Department of Mining.

Neither the state nor the Centre has been paying attention to rampant illegal mining in Chhattisgarh, says Alok Shukla, convener of Chhattisgarh Bachao Andolan, a non-profit working on the environment and human rights in the region.

On October 21, Chhattisgarh Bachao Andolan, along with Samaj Parivartana Samuday of Karnataka and Goa Foundation moved the Supreme Court, seeking further extension of the commission. The Supreme Court has asked the Ministry of Mines and the Union Cabinet to respond to the petition by November 18.

Prashant Bhushan, legal counsel of the non-profits, says, “The decision not to grant extension to the Shah Commission is clearly malafide since it had become clear that the work of the commission was affecting the interests of big corporations and mining barons, as well as of the top politicians and ministers in the country.”

Shukla cites the example of the National Mineral Development Corporation (NMDC), which is illegally dumping thousands of tonnes of iron ore fines into the Indravati, Shankhini and Dankini rivers in Bailadila area in Bastar. It is also releasing effluents into the rivers. “In 1990, the Centre’s science and technology cell (now the Department of Science and Technology) reported that mining activities of NMDC had damaged not only the rivers but also affected 35,000 ha of agricultural and forest land around Bailadila,” says Shukla.

At present, 18 leases have been sanctioned for mining iron ore from 8,758 ha in Chhattisgarh. Twelve of these mines are in Bastar. Dantewada (which is part of the Bastar region) is the top iron ore producing district in the state, accounting for 69 per cent of the total output, say officials of the Mining Department. “For these mines, tribals have been displaced from their land illegally, in contravention of the Panchayats (Extension to Scheduled Areas) Act of 1996 and the Forest Rights Act of 2006,” says Shukla. According to the Forest Survey of India, 62 per cent of Bastar is under forest cover. About 79 per cent of the region's population comprise tribals, shows the Census of 2011.

In 2010, when the commission came into existence, Justice Shah and his team were supposed to visit seven states—Karnataka, Goa, Jharkhand, Odisha, Chhattisgarh, Madhya Pradesh and Maharashtra. So far, it has submitted final reports for Karnataka and interim reports for Jharkhand, Goa and Odisha, according to minister Patel. The reports unearthed cases of illegal mining worth crores of rupees in these states.

Activists allege that the pressure from the mining industry had been immense on the Shah Commission. Consider this: on February 26, the Federation of Indian Mineral Industries (FIMI) filed a lawsuit against the Commission in Delhi High Court, days before Justice Shah was to conclude his probe into illegal mining in Odisha. FIMI alleged that the commission was conducting its inquiry in an “arbitrary and whimsical manner and without the authority of law”.

The bone of contention here was that the mining industry was not given enough time to present its case before the commission. So, on March 14, a special hearing for mining companies was organised at the commission’s headquarters in Ahmedabad on the alleged violation of Rule-37 under the Mineral Concession Rules, 1960. A battery of eminent lawyers, including Ram Jethmalani, Gopal Subramaniam, A K Divan, U U Lalit and Pinaki Mishra, representing various mining companies put forth their arguments, following which Shah Commission included their representations in its report.

A press note issued by the Chhattisgarh Bachao Andolan states that some of the commission members, including Justice M B Shah, have also indicated their frustrations in dealing with the Ministry of Mines. In three years, the commission perused thousands of papers from various state and Central departments. By its own admission, the Ministry of Mines while granting extensions to the commission twice stated that there were inordinate delays by various state governments in sharing papers related to the mining of iron ore and manganese. Yet, the one member commission has been questioned over and again in case of Goa, Karnataka and Odisha about its methodology to determine illegality of mining. The Shah Commission, however, meticulously brought the rot in the iron ore and manganese mining sector out in the open.

Be it state-sponsored mining or mining by private companies, the Shah Commission’s reports have wreaked havoc on illegal mining syndicates across the country. “The commission’s findings on Goa, Odisha and Karnataka has upset the applecart. By terminating the commission and not offering any rationale to do so, the government has shown that it doesn’t want some of the illegalities in mining to be exposed,” alleges  Xavier Dias, director of Bindrai Institute for Research Study & Action (Mines Monitoring Centre), Ranchi.

Probably, this is the reason the ministry did not specify reasons for terminating the commission. U V Singh, a retired forest official from Karnataka, who was the principal investigator with Shah Commission, had told Samantha Aggarwal of Chattisgarh Bachao Andolan that the Ministry of Mines granted two extensions, once on September 16, 2012 and then on July 16, 2013. Since the commission was yet to begin its investigation in Chhattisgarh, it was assumed that the ministry would give it further extension. Besides, Singh had informed that the termination of a commission of inquiry as per the Commissions of Inquiry Act (1952) can only be done if the ministry provides written reasons as to why the commission is no longer required. But neither the Union Cabinet nor the Ministry of Mines offered a sound reason to terminate the commission.