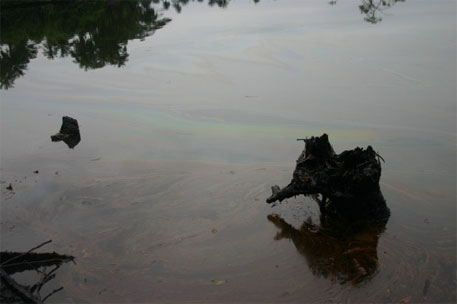 A landmark ruling by a UK court on June 20 has paved the way for energy giant Shell to be finally held accountable for the devastating oil spills in the Niger Delta. The two oil spills, first in 2008 and then 2009, from its rusting trans-Niger pipeline near the fishing village of Bodo had flooded swamps and creeks, contaminated fishing grounds, destroyed livelihoods and jeopardised the health of thousands of people.

But Shell is yet to clean up the spills, which prompted 15,000 villagers in 2011 to approach a court in London, where the company’s central office is located.

In the judgment, which lawyers say could be the first of the “largest ever” environmental trial, the London Technological and Construction Court said that Shell’s Nigerian subsidiary could be liable if it were proven that it did not take reasonable steps to protect and maintain the pipeline from thefts which have plagued the key African oil producer. “Short of a policing or military or paramilitary defence of the pipeline, it is my judgement that the protection requirement involves a general shielding and caring obligation,” the judge said in a ruling.

For years the company has blamed the massive oil pollution associated with its operations on theft of oil and other illegal activities. But it has not taken reasonable steps to protect its infrastructure, including installing leak detection systems, surveillance equipment and anti-tamper equipment. Though such measures are considered mandatory in oilfields in the developed world, Shell does not have such equipment in its Nigerian fields.

Following the judgement, Amnesty’s Corporate Accountability Campaigner, Joe Westby, said: “For more than five years the people of Bodo have been living day by day with the devastating consequences of these spills. Today’s judgment is an important step towards justice for the deprivations this community has had to suffer.”

Shell, however, played down the judgement. Mutiu Sunmonu, managing director of Shell Nigeria, said the company has accepted responsibility for the “deeply regrettable” spills and urged the fishermen to accept Shell's “sensible and fair compensation offers”.

Martyn Day of London law firm Leigh Day, which represents the Bodo community, said Shell's offer of 30 million pounds (more than US $50 million) amounted to about US $1,700 for each of the 30,000 people who lost their livelihoods. He called it “laughable”.

The next trial on the merits of the case is expected to take place at the High Court in London in May 2015. This is the first time Shell has faced formal proceedings in the UK for its role in the Niger Delta pollution.

Feature: Oil exploitation and conflict in the Niger-Delta region of Nigeria