Should HFCs be dealt under Montreal Protocol or Kyoto Protocol? 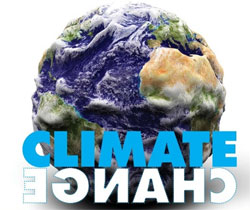 The United Nations Climate Change Conference that was held in Bonn last week became a debating ground on whether hydrofluorocarbons (HFCs)—the climate-damaging refrigerant gases—should be treated as short lived climate pollutants (SLCPs) under Kyoto Protocol or be phased out under Montreal Protocol on substances that deplete the Ozone layer. Many experts believe that the success of Montreal Protocol has tilted the scale a little more to its favour.

The conference that was held between October 20 and 25 hosted a technical expert meeting (TEM) on non-carbondioxide greenhouse gases to discuss combating emissions of methane, nitrous oxide and fluorinated gases (F-gases). The HFCs were also discussed at the meeting. These F-gases are manmade gases primarily used in refrigeration, air-conditioning units and foam sectors.

Since HFCs are not ozone-depleting, they have been kept out of the Montreal Protocol that currently deals with phasing out ozone depleting substances like hydro-chlorofluorocarbon (HCFC) and chlorofluorocarbons (CFC). HFCs, on the other hand, contribute to global warming and come under Kyoto Protocol.

The United Nations Environment Programme (UNEP) expressed its view that the HFCs are a part of SLCPs but have higher global warming potential when compared to carbon dioxide. Helena Molin Valdes, head of the Climate and Clean Air Coalition Secretariat, an initiative to support action to reduce Short Lived Climate Pollutants, emphasised, “Even though HFCs only contribute to less than one per cent of global warming to date, their production, consumption and emissions are growing at a rate of 8 per cent every year.”

Delegates from different countries expressed different opinions at the Bonn meet. Liu Yang from the National Development and Reform Commission (planning commission) of China said, “The actions to limit emissions of fluorinated gases should be in accordance with the principles and provisions of the United Nations Framework Convention on Climate (UNFCCC) and its Kyoto Protocol—in particular the Common but Differentiated Responsibilities.” This was the only presentation that favoured HFCs in the context of Kyoto Protocol. Yang also highlighted China’s bilateral cooperation with the US on HFCs, with two agreements and a joint demonstration of projects already in place.

Raising concerns on the issue, the Saudi Arabian delegate said that because we were always in a hurry to find solutions for the existing problems, we ended up creating more problems. In order to phase out Chlorofluorocarbons, HCFCs were introduced as an interim replacement and then HFCs were introduced as replacement of HCFC. Now HFCs are also causing global warming. He also objected to the inclusion of HFCs in the Montreal Protocol as they cause considerable global warming and, therefore, should be a part of the Kyoto Protocol.

The leader of the Indian delegation, Susheel Kumar, from the Union Ministry of Environment, Forests & Climate Change (MoEF&CC), echoed the view that “without having an agenda, the TEM has the opportunity to provide guidance on the technical side to reduce the emissions from HFCs”. “We are pushing for solutions that are not proven (alternatives for HFC)—at least in a country with decentralised markets like India,” he said. He also said that Montreal Protocol does not observe the principles of Common But Differentiated Responsibility. “Developing countries have opposed the idea of a top-down approach which Montreal Protocol follows, so including HFCs in Montreal Protocol is oversimplifying the issues at hand,” he said.

Narendra Modi, however, in an op-ed in the Washington Post, co-authored with US President Barack Obama back in September, had also recognised the Montreal Protocol (MP) as the right forum for HFCs—but with reporting and accounting under the UNFCCC. This was depicted as an encouraging step towards changing stance of India on the issue. Previously, this had been a point of disagreement between India and the US since India opposed any action on HFCs under Montreal Protocol.

While these debates go on, the global climate agreement in Paris in December 2015 might lead to more clarity on the issue.