Should smallpox virus specimens be destroyed or retained?

World Health Assembly to take a call on two remaining specimens in upcoming meet even as some scientists urge against their destruction; two persons in the US infected with smallpox-like virus 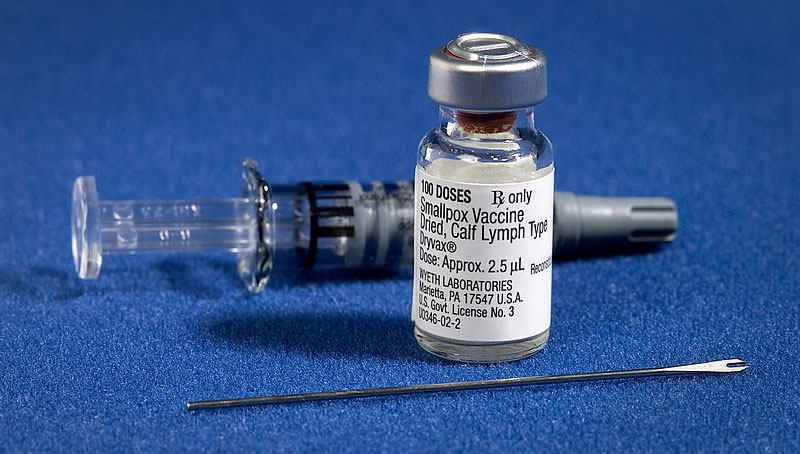 The debate over whether to destroy the two last specimens of smallpox (variola) virus has taken a new turn. Just before the World Health Assembly gathers in Geneva from May 19 to take a call on the two specimens kept in the United States of America and Russia, a review article in a scientific journal makes a case for retaining them.

The US and Russia have been delaying the destruction of the virus despite the World Health Organization (WHO) saying that keeping the virus is of no use and it should be destroyed.  Strategic experts always see this as the two countries' unwillingness from national security perspective. There is also growing concern that the viruses could be used as biological weapon.

Now two researchers from the US Inger K Damon and Grant Mcfadden, and Clarissa R Damaso from Brazil in their review article published in journal PLOS Pathogens on May 1, have argued in the favour of retaining these viruses for further research. They highlight its importance for non-human primates as well.

The researchers said, “As orthopoxvirus, a genus of pox virus infections are reemerging, particularly monkeypox and cowpox, and the smallpox vaccine have to be used for prevention of pox virus in general.”

They have highlighted a few incidents of monkeypox and cowpox recently where there is a possibility of use of the vaccine. In their review article, the researchers have given reference of few researches, including one titled “Genome-Wide Comparison of Cowpox Viruses Reveals a New Clade Related to Variola Virus”, published in December 2013 in journal PLOS One. For this study, researchers worked on a few recent cases of cowpox virus (CPXV). They sequenced 22 genomes of independent cowpox viruses strains from clinical cases, involving ten humans, four rats, two cats, two jaguarundis, one beaver, one elephant, one marah and one mongoose. They found that CPXV is more closely related to variola virus (smallpox) and a few others as well.

The researchers argued not only for the treatment of any reemergence in human or animals but also for accurate diagnosis which can distinguish smallpox from other orthopoxvirus.

It may be mentioned that first, second and third generation of vaccines against smallpox are proven effective. The essential public health goals for vaccine research have thus been met, say experts.

No significant reason to retain viruses: WHO

WHO has not found any significant reason to retain the virus. In the 64th World Health Assembly (WHA) meeting in 2011, the global health body has reaffirmed its decision that the remaining stocks of variola virus should be destroyed. It also reaffirmed the need to reach consensus on a proposed new date for their destruction.

The WHA meeting beginning May 19 will now decide the next course of action regarding smallpox virus. These viruses are kept in two places—the State Research Centre for Virology and Biotechnology in Koltsovo, Novosibirsk Region of Russian Federation and the Centers for Disease Control and Prevention in Atlanta, Georgia.

Third World Network (TWN), a non-profit which works for development and third world countries, has been advocating the destruction of these viruses. In a statement published in January, 2014, it had said that there is concern among experts that the US is attempting to raise fears about the "threat" of synthetic biology as a means to try to gain WHA approval to expand the research programme (and thus provide justification for virus retention), and that such an expansion could possibly include genetic engineering experiments, the subject of prior controversy at WHA.

WHO had declared small pox as completely eradicated in 1980. Shortly after declaration, WHO decided to destroy the remaining stocks of live variola virus. Following the call of WHO, other countries either destroyed their stocks or deposited it with WHO. Initially, the centres in the US and Russia were allowed to retain few stocks for research purpose for some times. Now majority of experts feel these viruses should be destroyed.

Meanwhile, two men were affected by virus like smallpox in last week of April in Georgia in the US. Experts claimed that cessation of routine smallpox has created opportunities for the emergence of orthopoxvirus, earlier suppressed by the vaccination of smallpox.

Feature: Are we there yet? The smallpox research agenda using Variola Virus