Each time we use antibiotics, we allow the few superbugs—bacteria that are able to survive the antibiotic—to thrive, says an expert 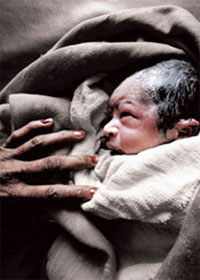 Thousands of newborns in India are dying because antibiotics no longer work on the diseases they suffer from. According to a recent study that published in the Lancet, these infants are born with bacterial infections that are resistant to antibiotics, and more than 58,000 died in 2013 as a result.

According to a 2014 WHO report, antibiotic resistance is now a major threat to public health and is no longer a prediction for future. It is happening right now in every region of the world and has the potential to affect anyone of any age in any country.

The WHO report observes that resistance is occurring across many different infectious agents but the report focuses on antibiotic resistance in seven different bacteria responsible for common, serious diseases such as bloodstream infections (sepsis), diarrhoea, pneumonia, urinary tract infections and gonorrhoea. Newborns are particularly vulnerable because their immune systems are fragile, leaving little time for doctors to find a drug that works. But everyone is at risk.

According to the Lancet report, doctors in Nepal and India are finding it more difficult to treat common infections in neonates and of the urinary tracts which earlier could be treated with antibiotics.

“Five years ago, we almost never saw these kinds of infections,” says Neelam Kler, chairperson of the department of neonatology at New Delhi’s Sir Ganga Ram Hospital in a report published in New York Times. “Now, close to 100 per cent of the babies referred to us have multidrug resistant infections. It’s scary,” she adds.

“Each time we use antibiotics, we allow the few superbugs—bacteria that are able to survive the antibiotic—to thrive. Over time, the entire population of bacteria is made up only of these superbugs and our antibiotics no longer work,’ says Ramanan Laxminarayan, vice-president, research and policy at the Public Health Foundation of India (PHFI).