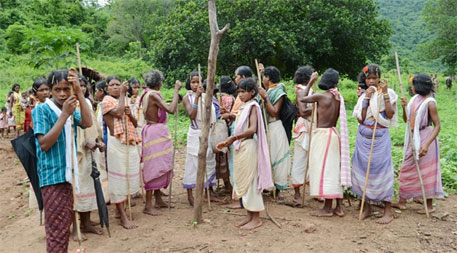 A report identifying the main patterns of conflict between companies and communities across continents was released on October 30, 2014. Several development-related projects in sectors such as mining, agriculture and energy are held up by conflict with the local community, causing massive economic losses within three to five years from the start of operations.

Titled “Communities as Counterparties: Preliminary Review of Concessions and Conflict in Emerging and Frontier Market Concessions”, the report has been prepared for the Rights and Resources Initiative (RRI). RRI is a US-based global coalition of multiple organisations engaged in forest and land policy reform in Africa, Asia, and Latin America.

Property rights of concession areas (where there is a legal claim on natural resources) are a matter of contention as in many cases, governments grant land to companies without taking into account the concerns of the people who live or depend on it, according to the report.

The report identifies the following patterns of conflict observed across countries, sectors and contexts:

Failure to comply with existing agreements or a breakdown of negotiations with local communities regarding aspects such as compensation leads to a loss of trust between the two sides. Companies do not have established relationships with the local community and are, hence, met by protests during initial activities like clearing of agricultural land or obtaining consent for environmental impact assessments.

Local communities are comprised of groups with diverse needs and a common agreement does not suit all. This and the inability to access people living in remote areas leads to disintegration in the process of reaching an agreement.

The report observes that in countries like India, companies initiated discussions with the community when decisions about the operation had already been made. In the case of a coal mine in Colombia, it was the expansion of the three-decade-old project that caused unrest.

Most countries have ‘rubber-stamp” regulatory schemes

In most cases, action against companies was initiated by the activism of local communities and NGOs, and not regulatory authorities. The report notes that it was only after a forceful demand for explanations and the involvement of the media that the government agencies in charge of issuing environmental licenses took some kind of action.

The report also doubts the efficacy of legal action, if any. While some cases resulted in fines, others only faced a temporary suspension of operations. Court rulings were unable to enforce a complete shutdown of operations.

Slow legal action was also found to benefit companies in certain cases. As the process of judicial redress is slow in most countries, the companies were able to negotiate matters outside court.

Companies do not view local communities as genuine counterparties

According to anecdotal evidence collected by the research, many companies think that informing local communities of projects constitutes sufficient engagement. Compensation is considered a hand-out where local communities are expected to be grateful for whatever they are offered by companies.

The report says that when the responsibility of relocating people is shared with the government, delays often occur due to inefficiency, lack of manpower, or willful misconduct.

Why this report is important in the Indian context

In an editorial published in Down To Earth, Centre for Science and Environment Director General Sunita Narain points out that the recently-elected NDA government is clearing projects swiftly. Till July end, forest clearance was granted to over 92 projects, which will divert some 1,600 hectares of forest. It was also reported that the National Board for Wildlife has processed many projects located near or in sanctuaries and national parks.

Environment concerns in these areas are closely connected with the livelihood rights of local communities. The Ministry of Environment and Forests (MOEF) is pushing decision-making to the states in the name of streamlining the process.

After an acrimonious relationship with Tata Motors over the Tata Nano-Singur project, recent media reports show how West Bengal has assured other Tata group companies of all support if they want to expand their business in the state.