Vocational education in India seems to be caught in a time warp. In contrast, China has a well-designed system in place

Just off the busy road leading to the Hazrat Nizamuddin station is one of Delhi’s oldest and biggest Industrial Training Institutes (ITIs). Located in the mediaeval Arab ki Sarai enclave, it has the capacity to train over 1,200 students in 29 trades; it has a banner at the archway that proclaims the ITI is a “Centre of Excellence” under World Bank funding.

The ITI is designated a centre of excellence for production and manufacturing in a tie-up with HMT, a government-owned enterprise that  makes watches, tractors, bearings, metal forming presses, die casting, plastic processing, and printing machines. Students have the option of full-time two-year, three-year courses in 29 trades in addition to several short-term courses.

Inside, however, the sprawling campus, located in a heritage site, appears to exemplify what is wrong with vocational education in the country. It looks rundown, the facilities are far from impressive and overall it gives the impression that very little has changed from the time it was set up in 1958. This has nothing to do with the fact that HMT itself is in dire straits and was in February 2014 given another bailout of Rs 77.4 crore to pay the salary, wages and statutory dues to its employees. 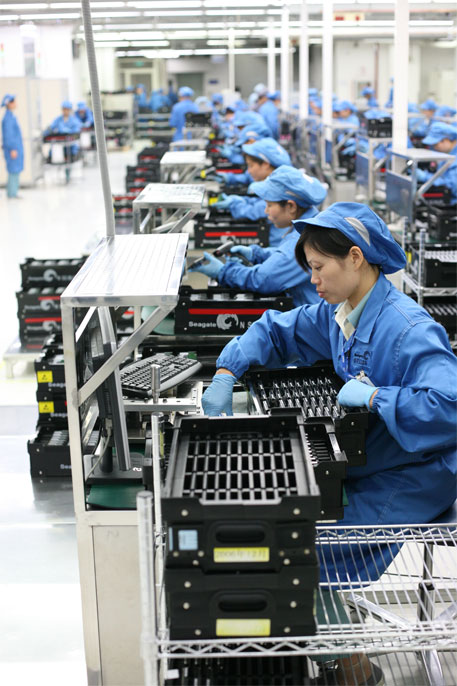 The Arab ki Sarai institute is one of 17 government-owned ITIs in the national capital and one of over 2,000 such in the country, some of which have gone through some kind of upgradation (see ‘Desperately seeking skills & jobs’). Some companies, such as India’s leading automobile manufacturer Maruti Suzuki, have donated machinery and equipment but little has been done to tone up the curriculum or refresh the skills of the teachers. On the whole the entire system of vocational education has been caught in a time warp and a large chunk of the students find themselves handicapped when they seek jobs in industry.

What makes China a manufacturing superpower

This is in direct contrast to the situation in China. Santosh Mehrotra, director general of the Institute of Applied Manpower Research, Delhi, says the contrast with China is “so stunning it’s mind-blowing”. Mehrotra was part of an Indian team that visited China to understand how its vocational education and training (VET) system works and he explains that the fundamental difference is that China has a law mandating nine years of compulsory education.

After this, less than 12 per cent enter the workforce directly. It is here that we have the most dramatic difference between the two countries: the core of VET in China is in the secondary school level whereas in India “it is a big black hole”. Of remaining 88.4 per cent students who continue to senior secondary, almost half (47 per cent) enter the vocational stream.  In India, this figure is just 3 per cent.

Mehrotra has just presented a report on lessons for India from China’s skill development and training to the Planning Commission, and he says: “If China is a manufacturing superpower it is because of its VET system that has been designed in a systematic manner, starting with a legal framework, the Vocational Educational Law of 1996, which lays out a clear design for implementation.”

China has around 13,093 schools offering vocational secondary education. To encourage more students to take to vocational streams, the government offers incentives to those from the poorer strata. It offers 1,500 yuan every year for two years to each student to cover tuition fees. But since 2009 tuition fees have been waived for all students at the senior secondary stage.

“What is interesting is that the policy recognizes that vocational education in China, as in India, is not aspirational,” says the Mehrotra. It also recognises the fact that VET entails a big cost for poor students who pay an opportunity cost because they are not earning during their education.

“This policy initiative is particularly relevant in the case of India,” points out the report made to the Planning Commission because those who go for VET are usually from economically disadvantaged backgrounds.