As pressure mounts on them to produce more electric cars, manufacturers question their environmental benefits 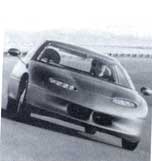 ANXIOUS to curb air pollution, the US government is tightening the screws on automobile manufacturers. Air quality laws in California and Massachusetts now stipulate that 2 per cent of the total sales in the car market by 1988 should comprise "zero emission" vehicles, a requirement that only electric cars can fulfill. The big 3 car makers -- Ford, Chrysler and General Motors -- are, however, loudly decrying the unrealistic deadline and questioning the environmental benefits of electric cars.

Ironically, the US Environmental Protection Agency (EPA) seems to share the automobile industry's scepticism about the electric car's much-vaunted environmental benefits. In April, a leaked EPA report stated that switching to electric vehicles may not improve air quality as they increased electricity consumption. There were, therefore, bound to be regional variations in benefits depending on whether a region relied on cleaner energy sources such as nuclear and hydroelectric plants and natural gas, or depended on fossil fuels.

Most observers feel that California will benefit greatly from a switch to electric cars because it has clean energy sources such as windpower and also because its mountains separate it from highly-polluted cities. On the other hand, electric vehicles could be a recipe for disaster in Kentucky, which is largely dependent on coal for its energy requirements. "Our studies show that the north-east would not get any improvement in air quality with a switch to electric vehicles," says Reginald Modlin, Chrysler's manager of environmental energy affairs.

Cleaner electricity sources may only tackle part of the ecological problems, believes Thomas Caffrey, an engineer with EPA. "There are other environmental problems involved with sources like hydro-electric and nuclear. Hydro-electric power has been very much criticised lately for what it can do to fish and other water species," says Caffrey.

Such criticism, however, seems to cut no ice with the air quality boards for California and the north-eastern states. Between smog and electric cars, the latter wins hands down.