Snowstorms will continue to occur despite global warming 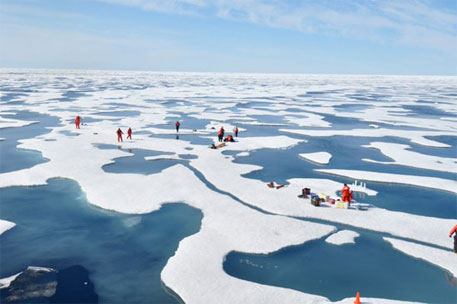 Global warming will not mean an end to snowfall. According to new research by the US-based Massachusetts Institute of Technology (MIT), while most areas in the Northern Hemisphere are likely to experience less snowfall throughout a season, extreme snow events will continue to occur.

Therefore, places like Boston in the US are likely to see winters that will be less snowy as compared to what they are now. However, they would see spells of blizzards that could drop a metre of snow, says research.

“Many studies have looked at average snowfall over a season in climate models, but there’s less known about these very heavy snowfalls,” says study author Paul O’Gorman, an associate professor in MIT’s Department of Earth, Atmospheric and Planetary Sciences. “In some regions, it is possible for average snowfall to decrease, but the snowfall extremes actually intensify,” says a report published on MIT’s news website.

The author also found that it takes greater climate warming to reduce the intensity of extreme snowstorms than to reduce average seasonal snowfall.

According to the website, there is a narrow daily temperature range, just below the freezing point, in which extreme snow events tend to occur. “People may know the expression, ‘It’s too cold to snow’—if it’s very cold, there is too little water vapor in the air to support a very heavy snowfall, and if it’s too warm, most of the precipitation will fall as rain,” O’Gorman says. “Snowfall extremes still occur in the same narrow temperature range with climate change, and so they respond differently to climate change compared to rainfall extremes or average snowfall,” he adds.

The MIT website report further quotes Anthony Broccoli, professor of environmental sciences at Rutgers University, to say that the study’s results may have implications for the public perception of climate change. For example, while people may be tempted to think that a winter with several extreme snowstorms calls global warming into question, that may not be the case.