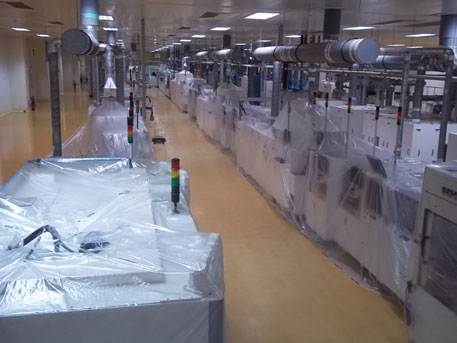 On March 24,  the National Solar Energy Federation of India (NSEFI)  wrote to the Union Ministry of New and Renewable Energy (MNRE), complaining that the domestic solar module and cell manufacturers have increased the prices of solar cells by 15-16 per cent after the projects were awarded to developers in February 2014. MNRE awarded projects of 375 MW capacity in the domestic content category under batch 1 of phase two of the Jawaharlal Nehru National Solar Mission (JNNSM). Domestic content category mandates the project developers to procure equipment from domestic manufacturers. “We categorically deny their claim. The domestic manufacturing industry has not increased prices by even a single rupee,” said Rahul Gupta of ISMA. “The agreements we had signed with developers remain the same. Claims made by NSEFI are baseless,” said Gupta who also heads Indosolar, a Noida based firm which manufactures solar cells and modules.

Dying domestic industry
ISMA has also raised alarm over the crippling state of domestic solar equipments manufacturers. They allege that dumping of solar products by China, Taiwan, Malaysia and the US in the Indian market have seriously hurt the domestic industry. A product is dumped if it is exported to another country at prices lower than its normal value in its own domestic market.

“Seventy per cent of the capacity is lying idle,” said Vivek Chaturvedi, chief managing officer, Moserbaer solar.  The price difference between the dumped solar product and the one manufactured in India is around 30 per cent, claims ISMA.

The ministry of commerce is probing the matter at present. ISMA had complained to the government about dumping in January last year and the probe was taken up in November. Recently, the European Union imposed anti-dumping duty of around 48 per cent on Chinese solar imports. The US commerce department too had imposed anti-dumping duties ranging from 29.18 per cent to 254.66 per cent on solar-energy cells imported from China in December 2012.

According to ISMA, Indian solar manufacturers have suffered losses of around Rs 1,000 crore because of dumping.

Gupta said while the US has imposed anti-dumping duties on Chinese solar products, it is dumping its products in India. “US company, First Solar, which manufactures panels based on thin-film technology has a penetration in Indian market of over 60 per cent whereas in rest of the world it is only 14 per cent,” said Gupta.

The US has also complained at World Trade Organisation against India’s JNNSM which has reserved some capacity to be procured from domestic solar industry. In the 750 MW capacity awarded under first batch of phase two of JNNSM, almost half is to be sourced from domestic industry. “India is doing nothing discriminatory. Overall, 13 countries, including the EU block of nations, the US, China, South Africa and West Asian nations require locally manufactured equipment to be used in their solar farms, thereby ensuring energy security and also employment to their countrymen,” said Sharad Bhansali, a lawyer with Delhi-based independent law firm. Bhansali is former director of anti-dumping and trade policy with the ministry of commerce.

ISMA also refuted the claims of solar developers about the cheap quality of domestic solar cells and modules. “Our products are compliant with international standards,” said Dhruv Sharma, CEO of Jupiter Solar Power Limited, a Kolkata-based manufacturer. India has been supplying cells and modules to all major countries in Europe and to Japan, which have the most stringent quality standards. Moserbaer alone exported solar modules worth Rs 200 crore last year.

Report: Saurya is the way: a developers guidebook to solar energy generation in India