Bracken Nature Reserve is rich with flora and fauna post-restoration 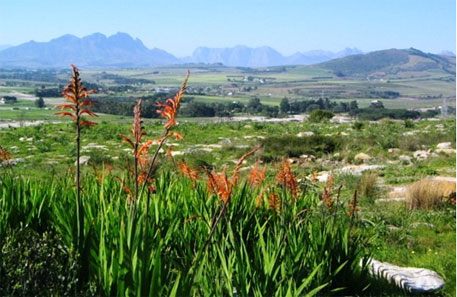 The Cape Town city administration has successfully transformed a landfill site into a natural reserve. Recognised by the local Environmental Resource Management Department, Bracken Nature Reserve is now home to more than 300 plant species, including 10 species endemic to Cape Town and threatened with extinction.

From the late 1800s till 1950, the granite rock in the reserve was quarried for construction material.  When the quarry closed, the reserve slipped into neglect and turned into a waste disposal site for the northern suburbs of the city.

Some years ago, it was noticed that the landfill continued to support more than 160 different indigenous plants. It was then that the administration decided to rehabilitate the site by covering it with soil and planting more species.

“Currently, there is only one known plant of the critically endangered Kraaifontein spiderhead (Serruria furcellata) remaining naturally in the wild in Northpine. The reserve has been surveyed and found to have great potential as a receptor site for this critically endangered species. Cuttings from the original plant were therefore planted and, to date, 20 healthy plants are conserved at the reserve,” said Councillor Van der Merwe, according to an article on the official website  of Cape Town.

Birds such as the red-capped lark and black-shouldered kite, mammals such as the small grey mongoose, rodents and even reptiles are sighted in the reserve. The city administration has invested more than two million South African Rand (US $170,000) in restoration efforts over the years.

City residents can now visit the reserve’s picnic and walking trails and indulge in bird-watching. Cape Town manages 16 city reserves in all.