Maternal deaths have halved and child deaths have decreased significantly between 1990 and 2010. But countries in South Asia and Africa have shown poor progress in saving their mothers and new born children, says a report put together by WHO, UNICEF and academics.

The report—Building a Future for Women and Children—analyses how countries are working to achieve the millennium development goals (MDGs) four and five with the deadline of 2015. These goals call for reducing maternal deaths by three-quarters and death of children below five by two-thirds from 1990 levels. The report is a part of the Countdown to 2015 initiative.

Every two minutes, somewhere in the world, a woman dies from complications of pregnancy and her newborn baby's chances of survival are very poor, note the authors. In these same two minutes nearly 30 young children die of disease and illness that could have been prevented or effectively treated, they add. 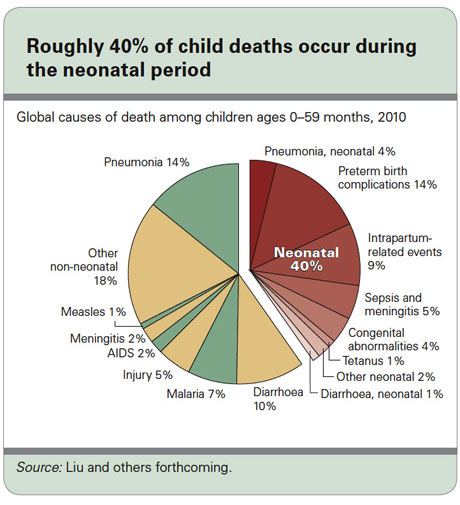 India doesn't fare well either. It is making insufficient progress in reducing child mortality as its average annual rate of reducing under-five child mortality between 1990 and 2010 has only been three per cent. Its neighbours, Nepal and Bangladesh, have done better. They have reduced child mortality rate by 5.2 per cent and 5.5 per cent respectively. India has done a little better to curtail maternal mortality; its average annual rate of reduction during the same period was 5.2 per cent. But again, its neighbours have done better—Bangladesh at 5.9 per cent and Nepal at 7.3 per cent.

"Global efforts to save the lives of women, newborn babies and young children are not moving fast enough," says Mickey Chopra, chief health officer of UNICEF and co-chair of the Countdown to 2015 initiative. 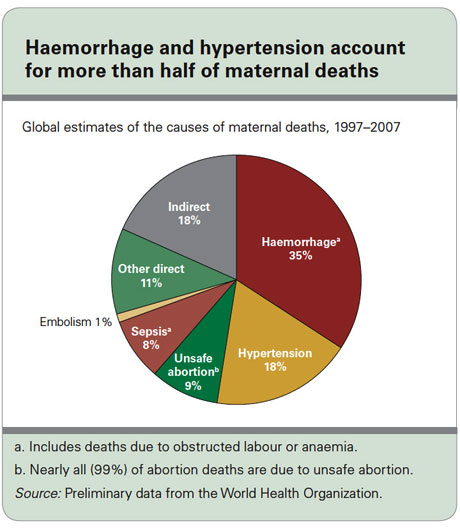 The report highlights some of the reasons for the high child mortality rate. These include lack of access to healthcare, lack of skilled birth attendants, premature births, under-nutrition and low vaccine coverage of vaccine-preventable diseases.

Joy Lawn of non-profit Save the Children and an author of the report suggests some easy ways to save lives. Steroid injections help develop immature fetal lungs and prevent respiratory problems. These injections cost $1 and could save almost 400,000 lives a year in low-income countries, he says. But they are available to only 10 per cent of premature babies in these countries. "Also kangaroo care, wherein premature infants are held skin-to-skin on the mother's chest to keep warm, could save 450,000 lives a year," says Lawn. "It makes frequent breastfeeding easy and provides constant maternal supervision for the infant."

Meanwhile, some of the poorest countries have shown drastic reduction in child mortality in recent years. For example, the rate of decline in African countries like Botswana, Egypt, Liberia, Madagascar, Malawi, Rwanda and the United Republic of Tanzania, was on average five per cent or more a year between 2000 and 2010. Similarly, Equatorial Guinea, Nepal, and Vietnam have each cut maternal deaths by 75 per cent.

The report is authored by a collaboration of academics and professionals from Johns Hopkins University, Aga Khan University, University of Pelotas in Brazil, Harvard University, London School of Hygiene and Tropical Medicine, UNICEF, WHO, UNFPA, Family Care International, and Save the Children.