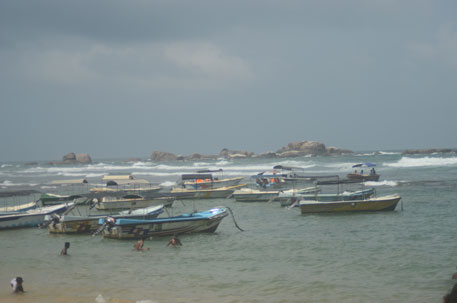 About an hour's drive from Colombo is the small town of Hikkaduwa. Located along the southwestern coast of Sri Lanka, Hikkaduwa is one of the oldest tourism hubs of the country. The main road passing through the town has innumerable small hotels and guest houses on either side. “Most of the hotels in the area came up in 1970s and, hence, did not need to follow the Coast Conservation Act that came later, which is why you see such haphazard development here,” explains E Goonawardene, president of the Hikkaduwa Hotel Association and owner of one of the biggest and oldest hotels in the area. Coast Conservation Act of 1981 governs the development in the coastal zone of the country today.

At Hikkaduwa, one finds a fishing harbour. The fishers seem happy with the hotels because they do not have to travel much to sell their catch. “Hotels give us good business. We call and tell them the kind of fish we have caught on a given day and the quantity and they buy from us at good prices,” says a fisher at the Ceylon Fishery Harbours Corporation office at Dodanduwa in Hikkaduwa. But the fisher recognises that his people now have to travel farther into the sea to catch fish, as they are unable to find anything near the shore, which was not the case about 20 years ago. The fishers also have had to move to semi-mechanised fishing methods since the distance of travel has increased. However, they do not think this is because of the hotels. While a single fisher with a small boat can catch about 30 kg of fish a day, a large boat with three to four fishers can catch anywhere between 300 to 600 kg per day in the area. 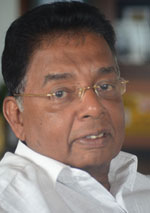 Tourism started in Hikkaduwa because of its coral reef. About 45 ha of the coral area was declared a marine sanctuary in 1979, which was later converted to a marine park and then a nature reserve. Today, many glass bottomed boats ply in this area to show tourists these very corals. The boats are run by locals and monitored by the wildlife department. Goonawardene says that the idea was a novel one when it was started by a foreigner with a view to provide some benefit to the locals from the increasing tourist activities in the area. But it gradually became problematic when they lost count of the number of boats (see 'Hikkaduwa Coral tourism—a disaster'). These boats touch and damage the top of the corals.

In 1991, the government recognised the damage that had been caused to the corals in the area and decided to implement a special area management project (SAMP) in Hikkaduwa under the Coast Conservation Act. The plan aims, among other things, to prevent boats from venturing into protected areas, limiting the number of boats and public education, but does not suggest concrete measures to achieve these aims. “We tried our best but somehow none of our efforts really bore fruit here,” admits Anil Premaratne, director general of Coast Conservation Department of Sri Lanka. A marine survey of the area in 1999-2000 showed that live coral cover at about 3m depth was only seven per cent in Hikkaduwa Marine Sanctuary.

The SAMP for Hikkaduwa says that another factor affecting corals is the poor quality of water because of pollution. Hikkaduwa witnessed problems of effluent and waste disposal in the past. “The Hotel Association made sure that the hotel owners take the responsibility of discharging their sewage into the sea only after treatment,” informs Goonawardene. The association along with help from AustralianAid, funding agency under Government of Australia, established a common effluent treatment plant for all the hotels in the area. The hotels charge SLR 200 per room per month to recover the cost of operating the plant. There are about 12-15 big hotels which have joined this but 80 per cent of the hotels are small and in the informal sector. For them it is not easy to join because the operating cost is high. There is no monitoring of the sewage disposal or waste management of these small hotels, adds Goonawardene. Doubts persist over the water quality at the coast though this could have been a successful initiative. The smaller hotels typically have pits on the beach, which they cover with sand but during high tides and rains, all the sewage flows out with water into the sea.

“Tourism” is the buzzword in Sri Lanka like in several other coastal countries. Whether it is the 1,700 km coastline and the numerous national parks or the lush tea estates and the botanical gardens, Sri Lanka captures the fancy of many tourists. The Gross Domestic Product (GDP) of Sri Lanka stood at SLR 7,582,376 million in 2012. Out of this, SLR 57,943 million is the contribution from hotels and restaurants, which is less than one per cent. Compared to 2011, the sector has registered a growth of 31 per cent (see graph: 'Tourism in Sri Lanka'). 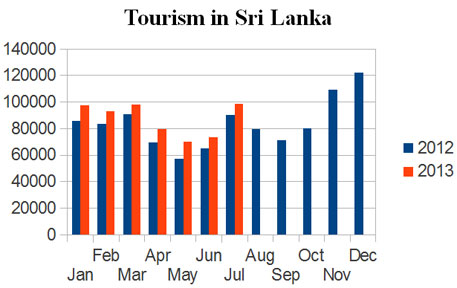 In 2012, more than one million tourists visited Sri Lanka with almost one-fourth frequenting the country in November and December alone. The numbers are on the rise. In just seven months this year, more than half a million tourists have already visited the country, registering a rise of 12.5 per cent over last year.

The Sri Lanka Tourism Promotion Bureau and Sri Lanka Tourism Development Authority (SLTDA) are working to market and promote Sri Lanka as a tourist and travel destination. The president of the country has set a target of 2.5 million tourist arrivals by 2016 for which SLTDA has prepared a 10-year master plan (2011-2020).

While all these mega plans are being developed for tourism in the country, these say little about measures to conserve and protect the environment and waste management. Arjan Rajasuriya of International Union for Conservation of Nature (IUCN) Sri Lanka says, “Unfortunately, there is not ample stress on solving issues of effluent discharge and waste management even though there is a huge plan for increasing tourism tremendously.” 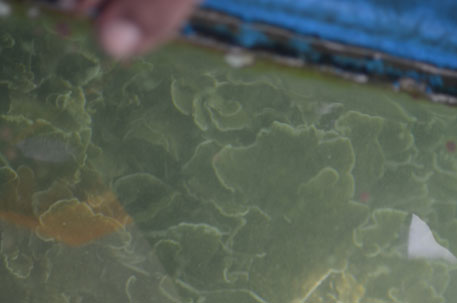