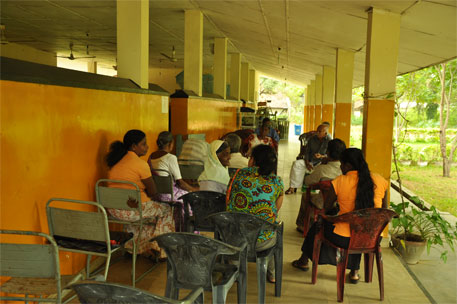 Sri Lanka’s Registrar of Pesticides, under the department of agriculture, has come under severe criticism for supporting multinational companies that import highly toxic agro-chemical fertilisers and pesticides. In one instance, Sri Lankan media reports, the registrar’s office even pressured the Customs department to get arsenic- and mercury-laced pesticides released from its custody.

“The Customs had seized 16 containers following complaints that the pesticides had a high content of mercury and arsenic,” Channa Jayasumana, senior lecturer in pharmacology at Rajarata University told The Sunday Leader.

“The Office wrote to the Customs claiming that there are no adverse health effects in these consignments and got them released.”

“Instead of safeguarding the public from such hazardous products, the Office of the Registrar acted to safeguard the interests of the multinational companies,” officials at the ministry of agriculture told the daily.

The worry emanates from the fact that several studies in the past have blamed such highly poisonous agro chemical fertilisers and pesticides for the alarming increase in cases of chronic kidney disease of unknown etiology (CKDue) among the farming community and the general public. In patients suffering from CKDue, the kidneys shrink to almost half the normal size, or even less. At this size, the kidneys are damaged beyond repair; death is near certain.

The North Central Province (NCP), for instance, has a high concentration of arsenic in the water that people use for consumption, and reportedly almost one-third of the population in the province is suffering from CKDue. The younger generation in the province now show early symptoms of this deadly disease as they continue to consume water that is contaminated with arsenic and heavy metals.

Experts in the country also allege that President Mahinda Rajapaksa’s attempt to ban Monsanto’s toxic Roundup chemical glyphosate was foiled by the agriculture department, which claimed that the ban could affect the national economy. Use of the herbicide is now restricted only in areas where the disease is prevalent.

Jayasumana, whose report linking glyphosate with CKDue had prompted the president to order the ban, says that none of the pesticides and fertilisers that enter the country give the correct information of what they contain. “If the government appoints an independent committee to check the malpractices in this regard, we can control the inflow of the highly poisonous pesticides and fertilisers,” Jayasumana said.