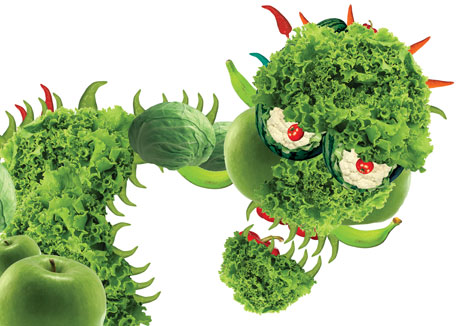 IT WAS in 2003 that a task force set up by the agriculture ministry and headed by M S Swaminathan floated the idea of an independent authority for biotechnology regulation called the National Biotechnology Regulatory Authority (NBRA). The idea was mooted following the introduction of Bt cotton in the country.

Five years later, the Ministry of Science and Technology drafted the NBRA Bill. But it was soon withdrawn following severe criticism during public consultation. In 2009, the ministry drafted another version of the Bill, this time titled Biotechnology Regulatory Authority of India (BRAI) Bill. Contents of the draft were kept under wraps.

In February 2010, the science ministry suffered a setback when the environment minister imposed a moratorium on Bt Brinjal and other GM crops in the country. This started a silent war within the government. There was discomfort in the Prime Minister’s Office (PMO) too.

But with the UPA term ending in 2014, a communication came from PMO to the science ministry, asking it to speed up the process of tabling the Bill. There was unrest within the ministry because of five years of protests by scientists and public but the communication could not be ignored. So the BRAI Bill, which gives easy access to GM crops in India, was tabled by science minister Jaipal Reddy in Parliament on April 22.

Three days later, CPI (M) leader Basudeb Acharia, along with 15 MPs, wrote to Reddy, requesting him to withdraw the Bill for pre-legislative consultations. They said there is growing evidence on the adverse impacts of GM crops on food and the environment and the Bill is a single-window clearance mechanism for GM crops. The politicians alleged the introduction of the Bill is an attempt by the UPA government to circumvent the opposition to GM crops. Acharia says, “The fact that Reddy chose to introduce the Bill on the first day of the house reconvening after the budget session recess, a time when there was pandemonium on various matters, raises questions on the intention of the government.” There is also conflict of interest with the science ministry introducing the Bill. “It is the promoter of biotechnology and has now become its protector,” says Acharia. He alleges the Bill states it complies with the Cartagena Protocol on Biosafety (international agreement on biosafety) signed by India but does not follow it in letter and spirit. The government has also ignored recommendations agreed to by 32 MPs cutting across party lines, nine of whom were from the Congress, says Acharia. Last year, the Parliamentary Standing Committee on Agriculture had also recommended to the government that the Bill was not the way forward to regulate GM crops. Instead, it said, there was a need for a biosafety protection regime that puts safety of citizens and the environment before industry.

No power, no say

The BRAI Bill overrides states’ authority over agriculture and health. It envisages only an advisory role for the states in the form of a state biotechnology regulatory advisory committee. The committee has no powers to enable the state to take any decision on introduction of modern biotechnology. At present, the environment ministry has given states the right to allow or disallow GM trials in their territories. States, including Bihar, Odisha, West Bengal, Madhya Pradesh, Chhattisgarh, Karnataka and Kerala, have said no to GM crops.

On May 1, Madhya Pradesh agriculture minister Ramkrishna Kusmaria wrote to Reddy to protest dilution of states’ powers. The Bill seeks to violate the spirit of federal polity; agriculture is a state subject. “It is not just about space for states in decision-making in the national authority but also about decision-making powers in their respective states that should be upheld in any regulatory statute,” wrote Kusmaria.

The Bill through its Section 28 classifies some information as “confidential commercial information” and leaves it to the discretion of BRAI officials to share information. It also has a clause where the authority chair and members will subscribe to an oath of secrecy. Critics say the oath is a measure to make biotech non-transparent in the country.

Aruna Roy, member of National Advisory Council (NAC), headed by UPA chairperson Sonia Gandhi, says, “The Bill is a travesty of transparency and democratic decision-making on a matter that will affect every citizen as it intends to promote use of modern biotechnology in agriculture.” Roy also wrote to Gandhi, saying the Bill has provisions to override the Right To Information (RTI) Act. Other flaws of the Bill include no mechanism for risk management and no say on issues related to genetically-modified organisms (GMO) imports and overrides the Biodiversity Act that places technology over environment.

Sridhar Radhakrishnan, convenor of Coalition for a GM-Free India, says instead of expressing a mandate to protect biosafety, the Bill accepts modern biotechnology. “It overlooks the increasing evidence on the impact of GMOs on health, biodiversity and lacks scientific assessment to look at the safety and need of GMOs before their release,” he says, adding, “this bill is anti-farmer and anti-consumer. If passed, it will result in people losing control over food choices and seed sovereignty.”