Humans reduced the biomass of predatory by two-third in just one century; decline hastened in the 1970s 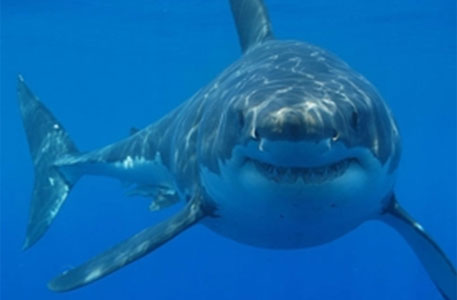 A study by a team of European and Canadian scientists has revealed that there has been a drastic decline in the number of top predatory fish species in the world’s oceans in the past century.

The study, titled “A century of fish biomass decline in the ocean” and published on October 9, states in its findings that the biomass (the mass of living biological organisms in a given area or ecosystem at a given time) of predatory fish declined by two-thirds in the 20th century due to over-fishing, with 55 per cent of the decline taking place in the last 40 years.

“Our results show major declines in the biomass of predatory fish, amounting to a decline of two-thirds over the last century, with 55 per cent of the decline occurring in the last 40 years. Indications are that the decline was sharpest during the period between 1970 and 1990, and has since levelled off somewhat.

This does not mean, however, that conditions have started to improve globally; we found no indications of increase in bio-mass of predatory fish. There may be regional improvements. However, this is not evident yet at a global scale,” the study, led by Villy Christiansen of the Fisheries Centre, University of British Columbia in Vancouver said.

According to a report published in the Scientific American magazine, the scientists came to this conclusion after analysing more than 200 published food-web (interacting food chains) models from all over the world, which included more than 3,000 ocean species.

The scientists also wrote that the reduction in biomass was solely due to humans. “The decline in predatory fish biomass is closely linked to increased fishing effort...Overall, we conclude that our results are consistent with the study of fishing effort (Anticamara et al. 2011), which reports the decline in biomass that can be expected given the described increase in global fishing capacity,” the study said.

The study also said that while the number of predatory fish had declined, those of small fish (their prey) had increased. “Our results also highlight that the biomass of smaller fish at lower trophic level positions has likely increased.”

The Scientific American report noted that the findings of the study only confirmed what had been known for long. “The International Union for Conservation of Nature Red List of Threatened Species considers 12 per cent of grouper, 11 per cent of tuna and billfish and 24 per cent of shark and ray species to be threatened with extinction.”

The report also said that the implications of such a decrease were huge. “Predators keep prey populations in balance, and the loss of predators can cause trophic (nutritional) cascades through food webs that affect entire ocean ecosystems. For example, kelp forests, home to many unique and economically important species, have been destroyed by a growing population of herbivorous sea urchins that resulted from the loss of urchin predators like sea otters.”

A century of fish biomass decline in the ocean