One study recommends enhancing body’s immune response early and controllably, while the other suggests inducing uncontrolled mutation in the virus 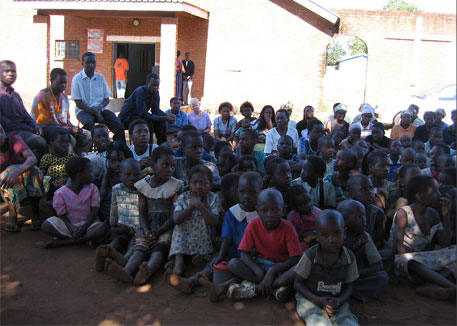 Typically, a triple-drug combination therapy is used to treat HIV-infected patients. But what makes this disease incurable is that the virus re-emerges periodically. So the patient must stay on the drug cocktail indefinitely and is not considered cured. Two recent studies take cue from body’s own defence mechanism and suggest ways to devise effective medication against the potentially fatal disease.

In one study, researchers from Weizmann Institute of Science in Israel and the country’s National Institute of Health (NIH) have explored ways to use forms of interferon, a protein that interferes with viral replication and protects us against diseases. Several groups have proposed replacing antiretroviral therapy with interferon treatment since the early 1980s, when AIDS was first identified. Today, interferons are used to treat several viral diseases, such as Hepatitis C, and some forms of cancer. However, trials of interferon as an anti-HIV treatment have produced inconsistent results. While some studies suggest that the treatment damages the immune system of HIV patients, several others show that interferon in low doses may lower HIV levels in reservoirs where the virus hides from antiretroviral drugs. Its use for therapeutic purpose has also proved to be problematic because these molecules give rise to strong inflammatory response while getting rid of the invaders and result in serious side-effects.

Gideon Schreiber of the Weizmann Institute and team had, in a previous research, designed an antagonist molecule that is able to block some of the activities of interferons while still allowing them to act against viruses, thereby protecting against the disease.

To assess the effects of prolonged interferon treatment, Schreiber and his group teamed up with Netanya Sandler and Daniel Douek at NIH. The research was done on simian immunodeficiency virus (SIV)—the animal equivalent to HIV. Their results show that the actions blocked by the molecule may have important functions, even if they appear to be “detrimental.” The team administered an antagonist, blocking a particular interferon, Type 1 IFN, for the first four weeks after infection. Even after this short period, they found that the natural immune system activities did not recover and compensate to the level they otherwise would have. This led to a progression of the disease.

“These results clearly demonstrate the importance of an early, general IFN response in fighting HIV infection, and removing the ‘harmful’ IFN functions even for just a short period at the onset of infection can have devastating and permanent consequences in shaping the course of disease,” says Schreiber. Taken together, these findings suggest that not only the type of treatment, but also the timing of IFN administration needs to be considered in the management and prevention of disease. The findings were published online in Nature on July 9.

A better drug in the offing
In another study, researchers have found clues to make a drug that can destroy HIV virus quickly.

Researchers led by John Essigmann, professor at Massachusetts Institute of Technology, had earlier developed a drug, KP1212, based on the idea that if HIV virus can become weak and eventually die out if it is induced to mutate uncontrollably. This is a strategy that our immune system uses against many viruses. The researchers had hoped that the drug could comb out those viruses that remain hiding in certain cells—T cells—and escape the triple-drug combination therapy. But the drug did not yield the desired result in a four-month clinical trial on 30-odd AIDS patients.

Now, in the new study, Essigmann and colleagues have determined exactly how KP1212 induces the HIV genome to mutate and believe that the finding could help them develop better versions that would destroy the virus more quickly.

Using advanced spectroscopy techniques and a genetic tool, the researchers determined that KP1212 induces a mutation rate of exactly 10 per cent in the HIV genome. Based on these findings, Essigmann estimates that if KP1212 doubles the mutation rate of HIV, it could clear the virus from patients in one to two years.

The researchers now plan to run a longer trial of KP1212 and develop drugs that would work faster, which could be accomplished by altering some of the chemical features of the molecule and testing whether they speed up the mutation rate.

They have also identified other factors that scientists could manipulate to improve the drug’s performance. The researchers say it is a new toolset for developing future drugs that are not limited to HIV. They could be candidates for dengue fever, or some other viruses such as yellow fever.