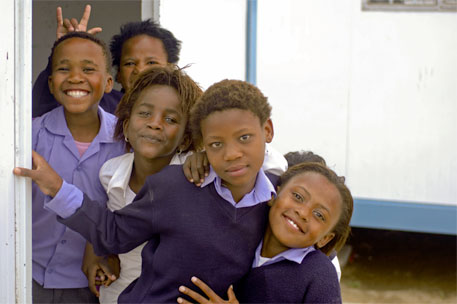 There has been tremendous progress across the world since 2000 but we would not be able to meet the goals, says the latest Education For All (EFA) 2000-2015 report published by UNESCO. The 15-year goals were set in 2000, at the World Education Forum in Dakar, Senegal, when 164 governments agreed to a set of commitments.

The report has been published by UNESCO in an effort to monitor progress, highlight remaining gaps and provide recommendations for the global sustainable development agenda to follow in 2015. According to the report, the primary school net enrolment ratio was 84 per cent in 1999 and is estimated to reach 93 per cent in 2015. The net enrolment ratios improved significantly, rising at least 20 percentage points from 1999 to 2012 in 17 countries, 11 of which were in Sub-Saharan Africa.

The achievement of universal primary education was considered to be the most important EFA indicator. Unfortunately, the target is still far from being met. Despite an increase in the global primary adjusted net enrolment ratio from 84 per cent in 1999 to 91 per cent in 2007, the indicator has since stagnated. At best, if earlier rates of progress resume, it will reach 93 per cent by 2015.


Universal primary education will not be reached by 2015 | Create infographics

Though globally, preprimary education enrolment increased by almost two-thirds, and it rose by almost two and a half times in Sub-Saharan Africa, it remains the region with both the highest illiteracy rate (41 per cent) and the slowest progress (a 13 per cent decline between 2000 and 2015). Alarming rates of population growth have been cited as a possible reason.

According to the report, the greatest challenge that the region is facing is that it needs 63 per cent of the additional teachers to achieve universal education by 2015. The biggest challenge remained in Nigeria, with 220,000 additional primary school teachers needed between 2012 and 2015 – 15 per cent of the global total. All but 1 of the 10 developing countries needing the most additional primary teachers were in Sub-Saharan Africa; the exception, Pakistan, needed around 86,000 teachers.