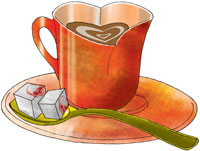 As a young man, Pradeep Yadav saw his father suffer a heart attack, so he was careful. A teetotaller, he would not drink or smoke, and he exercised regularly. Like a true believer in the diet-heart hypothesis—that cholesterol and saturated fat in food raise the cholesterol level in blood, which in turn raises the risk of heart disease—he would even throw away the cholesterol-rich egg yolk. Then, many years later, one day he felt pain in his chest while jogging. He went for a medical check-up.

His blood report showed abnormal cholesterol levels and slightly high sugar, though not diabetes. The electrical activity of his heart showed disturbing signs. At first glance, Yadav had not come across as a candidate for heart disease to his doctor. He does not even have high blood pressure or obesity, which are associated with the disease. And he is just 40.

Only things not-so-healthy in his lifestyle are that his job at the Indira Gandhi International Airport requires him to do frequent night shifts and he has a sweet tooth. He would frequently have sweet beverages, biscuits and other snacks. Two teaspoons of honey in the morning and a glass of Glucon D after jogging were recent habits. On occasions he overindulged in sweets too. He thought he had earned it because he was keeping his weight in check.

After seeing his health report, Yadav eliminated sugar and snacks from his diet. Within a month not only his sugar level decreased, but also his cholesterol levels went back to normal. He was yet to begin medication. Further tests confirmed blockages in the arteries carrying blood to the heart, hence the pain.

Although one cannot put a finger on one thing and say this caused heart disease in a particular person, lots of studies show overindulging in sugar is linked to heart disease. Some also try to prove the link through experiments on people. Conventionally, sugar is viewed as empty calories, providing only energy and no nutrients, which can make one fat. And obesity, in turn, predisposes a person to metabolic diseases like diabetes and heart disease. But more recent research hints that sugar may predispose a person to metabolic diseases even without causing obesity.

One study published in the journal of American Medical Association, JAMA Internal Medicine, in April showed a significant association between having sugar other than what’s naturally present in fruit and vegetables and the increased risk of death from disorders of the heart and blood vessels, clubbed under the common term cardiovascular diseases (CVDs), in the US. Even one sugar-sweetened drink a day increased the risk.

The study, led by Quanhe Yang, senior scientist with US public health institute Centers for Disease Control and Prevention, analysed the national health and nutrition survey data of 31,000 people between 1988 and 2010. It then calculated the risk of dying using national death data. “Our analysis suggests that participants who consumed greater than or equal to 10% but less than 25% of calories from added sugar … had a 30% higher risk of CVD mortality; for those who consumed 25% or more of calories from added sugar, the relative risk was nearly tripled,” the authors wrote.

WHO recommends not exceeding 10 per cent of calories from added sugar. To put it in perspective, a 600 ml bottle of soda a day will provide an average person of 2,000-calorie diet 12 per cent of his/her energy requirement. Add two scoops of ice cream and the risk will rise exponentially. 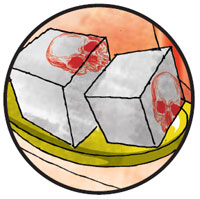 The association was independent of body weight, cholesterol level, physical activity, blood pressure, smoking and alcohol consumption—all factors to watch out for avoiding heart disease. Overall quality of diet also failed to explain the link. This hints that there is something specific about sugar.

This is the largest study of its kind that compared diverse lifestyles of adults aged 20 years and more. “This is an important study and the National Health and Nutrition Examination Survey data they have used is pretty solid,” says AmbrishMithal, who heads the endocrinology and diabetes division of Medanta hospital in Gurgaon, a satellite city of Delhi.

Association, however, is not the same as cause. It only helps in forming hypotheses. To prove a causal relationship one needs direct experiments or trials where all variables are controlled and the results have to be consistent and repeatable. A study, published in American Journal of Clinical Nutrition in May, analysed several such experiments on people. It found sugar influenced risk factors for heart disease independent of weight gain.

Researchers at the university of Otago in New Zealand, led by Lisa TeMorenga, selected 40 randomised controlled trials that examined the effects of modifying sugars on lipids and blood pressure, and put them through rigorous statistical analysis. Higher intake of sugar, which is a refined carbohydrate, was found to raise concentrations of triglycerides, LDL, total cholesterol and blood pressure. This was true even when the total amount of carbohydrate and energy remained the same. “This suggests that our bodies handle sugar differently to other types of carbohydrates,” says Te Morenga.

What this analysis does is consolidate the evidence. As Te Morenga puts it, until now the evidence relating to CVD risk factors from sugar in human studies, and involving relatively normal diets, was hard to make sense of.

These studies do not fit within the old framework of debate that sugars are markers of poor diet and obesity. “We are in the midst of a paradigm shift in research on the health effects of sugar,” wrote Laura A Schmidt, professor of health policy in the School of Medicine at the University of California, San Francisco, US, in JAMA Internal Medicine in February. “Too much sugar does not just make us fat; it can make us sick.”

Although such studies are rare in India, doctors Down To Earth spoke to agreed sugary drinks and other junk food play a role in the increasing cases of chronic diseases in the country. “Of course, they play a role. But no one has woken up to them,” says O P Yadava, senior cardiac surgeon and chief executive officer of the National Heart Institute in Delhi. “If you have to choose one thing, it is sugar rather than fat one has to cut down in diet.”

So how does sugar raise the risk?

Sugar is one part fructose and one part glucose. Most carbohydrates we eat, such as rice and bread, break down into glucose in the gut. Biochemical and dietary intervention studies in the past few years suggest it is the fructose component that does the most damage because it is metabolised differently than glucose. Unlike glucose, which can be used in every part of the body, fructose is metabolised mostly in the liver and is not regulated by the body’s energy requirement. It, therefore, puts a burden on the liver when taken in excessive amounts and the liver converts part of it into fat, explains Luc Tappy, a researcher at the University of Lausanne in Switzerland who is considered an authority on sugar metabolism.

This manifests in increased concentrations of circulating triglycerides and the risky kind of cholesterol, reduced insulin sensitivity and increased deposition of fat at the wrong places: in the liver and abdominal cavity—all bad signs for cardiovascular health. Some studies even suggest that high sugar intake may enhance genetic susceptibility to heart disease, writes Yang’s team.

“My data shows clearly sugar is a bigger problem compared to white bread, pasta and rice,” says Kimber Stanhope, nutritional biologist at the University of California, Davis, US, who has compared the effects of fructose against those of glucose (see interview). Some other studies also show adverse effects of fructose.

These effects are, however, inconsistent. Some studies do not show such results. Stanhope points out that several such studies are either not carefully conducted or are funded by the sugar industry. When New Zealand researchers excluded the studies funded by the food industry—14 of the 37—from their meta-analysis, the effect of sugar on lipids strengthened.

In public perception, however, sugar is just calorie-dense food that can make one fat if overindulged in. “We discourage added sugar but behavioural changes are not easy,” says Mithal of Medanta. Yadava says the message about the harmful effects of sugar has to go through the media. “We doctors do not have mass reach.”

While the evidence is not enough to nail sugar as a cause of metabolic diseases, it certainly prises open the debate from the straightjacket of empty calorie. Excessive sugar probably does more than displace nutrients from one’s diet.