Tapping the skills of the gun makers of Munger

Traditional gun makers in Bihar's Munger district are exceptionally skilled; with a little help they could find jobs in legal arms factories 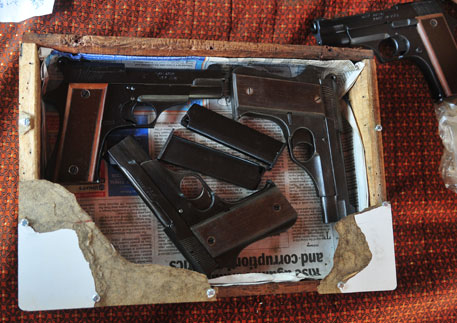 Gopendra Yadav, 62, has been making gun barrels since his childhood in Munger district of Bihar. It’s a tradition that goes back several generations.

Yadav claims that his grandfather had made bullets for Indian Army during India-China war in 1962. It appears that the Ministry of Defence needed a large consignment of 410-bore musket bullets for it troops fighting the Chinese. This consignment was provided by the Munger Gun Factory. But after the war ended, the gun makers of Munger, among them Yadav’s grandfather, became jobless.

Yadav’s family is not the only one in the district to have mastered the art of gun making. There are nearly 7,000 youths who are highly skilled in making gun parts in the district. Some of them have devised innovative methods to keep their skills and livelihoods intact.

About three years ago, Yadav took a loan under the Pradhan Mantri Rozgar Yojana to buy a lathe machine to make quality gun barrels. He claims that he was unaware of the fact that making gun parts using PMRY funds is illegal. His explanation is simple: “We have acquired traditional skill of gun making. We do not have any other skills.”

Unfortunately, it’s not an argument that cuts ice with the authorities. The district police is on the lookout for over a dozen beneficiaries of PMRY, including Gopendra Yadav, who have taken loans for manufacturing gun parts. Of the nearly 60 legal private gun making units in the country, 36 are in Munger. 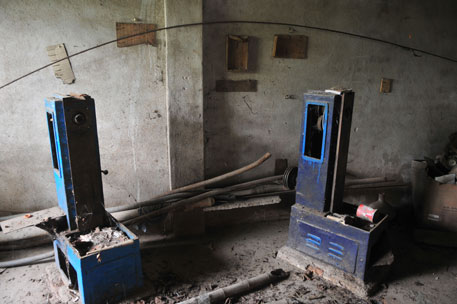 Many of them bristle at the idea of gun making being illegal. Says Kalicharan Sharma, owner of the 61-year-old Oriental Gun Factory: “The traditional skills of Munger’s gun makers should not be termed a criminal activity by the state government. These gun makers who once helped country in major wars are being harassed,” he told Down To Earth.

Interestingly, the government, too, seems to be veering round to the view that these skills should be utilised to the benefit of the state by setting up a gun factory in Munger. It appears the state level banker’s committee has been roped in to provide financial assistance to skilled gun makers of the district. However, even four years after the idea was proposed, the project is yet to take off.

What makes the skills of these ‘artisans’ special? Yadav explains that there is a vast difference between the guns manufactured in Munger with that of single bore rifles and modern pistols. He claims that the Munger guns can only injure but not kill anyone. The guns fire pellets of iron. “These guns can be used only for scaring mobs or animals,” endorses Sharma. It appears such guns are generally used by security guards posted at banks, ATMs or in cash carrying vans. “It’s automatic pistols or rifles that are used in crimes, not the traditional guns of Munger.”

But the Bihar government, battling with high crime rate in the state, has placed massive curbs on issuing licences for such guns. One reason is their misuse. In September last year, Patna police arrested some eight private security men with fake gun licenses. In their statement to the police, the arrested men had said they had bought their weapons from Munger. It turns out that if they own Iicensed guns, private security agencies give these guards a higher monthly salary of Rs 8,000.

Yadav and Sharma say the government’s no-gun policy is killing the traditional skills of Munger’s gun makers and is also increasing the crime rate in the state.

However, Madhubani superintendent of police, P Naveen Jha, who exposed the misuse of PMRY for gun making by local youths disagrees with such views. But he believes that the skills of the gun makers of Munger are exceptional and that government should train them and provide employment in legal gun factories.

“Such scheme will put an end to illegal gun manufacturing units in the district,” he says.