Challenges to investment and use of solar energy remain unresolved 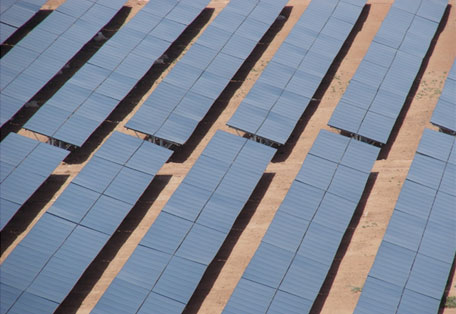 Indian Prime Minister Narendra Modi has called for investments to the tune of $100 billion in the solar sector by 2022. This follows a projection made by Union Minister of New and Renewable Energy Piyush Goyal that $100 billion would be invested in the renewable energy sector, with wind being two-thirds of that investment.

On November 17, Goyal had announced, “What we inherited was 20 gigawatt (GW) up to 2022, which we are trying to reset to 100 GW. We see enormous potential on the solar front.”

Modi’s interest in developing India as a solar centre is well-established. “The Modi government wants companies from China, Japan, Germany and the United States to lead investments of $100 billion over the next seven years to boost India’s solar energy capacity by 33 times to 100 GW,” said Upendra Tripathy, secretary, Union Ministry of New and Renewable Energy. “Modi’s new solar target was ambitious, but if you do not have a higher goal, you will not achieve anything,” he added.

This ambitious target would raise solar energy’s contribution to India’s total energy mix to more than 10 per cent. In Germany, where renewable energy amounted to 25 per cent of total power generated in 2014, solar energy accounted for less than 6 per cent.

This push has prompted new interest and investments. Tripathy expects companies to invest about $14 billion annually, starting April 2015, till 2022. US-based First Solar and SunEdison together will invest $6 billion in India for the fiscal year till March 31, 2016.

The ministry wants the government to back a loan of one billion euros (about Rs 7,750 crore) sought from German bank, KfW, to promote rooftop solar systems worth 1,600 megawatt across the country. World Bank is already collaborating with the Solar Energy Corporation of India (SECI) for financing an ultra-mega solar project in Madhya Pradesh. India also recently signed an agreement worth $1 billion with the Export-Import Bank of the United States for supplying solar equipment.

There are issues that need to be resolved, however, before investments start pouring in. Finance must be made cheaper. India charges one of the highest interest rates for solar investments. Land is scarce and must be utilised in an optimal way. Most importantly, the government must consider whether discoms would be able to pay tariffs for solar power.