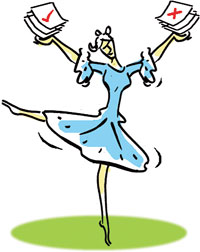 ON SEPTEMBER 17, the National Environment Appellate Authority (NEAA) cancelled two environmental clearances: Vedanta’s bauxite mining in Niyamgiri Hills in Odisha and the National Hydro Power Corporation (NHPC’s)Kotli-Behl 1B dam on the Alakananda river in Uttarakhand. A few days earlier, it had cancelled the environmental clearance for the integrated cement plant and limestone mine in Himachal Pradesh’s Mandi district, proposed by French company Lafarge.

NEAA allowed other dams of NHPC on the Bhagirathi and the Ganga. It also upheld the clearance to the 2,640 MW thermal plant in a wetland in Srikakulam district in Andhra Pradesh (see ‘Clearance based on false claims’, Down To Earth, August 31, 2010).

The environmental clearance for bauxite mining in Niyamgiri hills was suspended because the environmental impact assessment (EIA) study of 2005 by Vimta Labs, on the basis of which the Union Ministry of Environment and Forests granted clearance, was never made public. “The public hearing was held two years before the study, a violation of EIA notification. The EIA study made available to the public was an earlier one by TATA AIG,” said Ritwick Dutta, lawyer for petitioners. NEAA has referred the project back to the environment ministry. On August 23, the environment ministry had cancelled the forest clearance for the Vedanta project.

In the case of the three dams, the petitioners said the Kotli-Behl dams 1A, 1B and 2 were cleared without considering their cumulative impact or the discrepancies in the public hearing process. NEAA allowed dam 1A on the Bhagirathi and 2 on the Ganga, downstream of Devprayag, saying they are economically more viable than 1B which was cancelled because it was stiffly opposed by people. “We fear this decision could be challenged by NHPC because NEAA’S reasoning is not sound. All projects are opposed so why single out 1B for cancellation,” said Vimalbhai of Matu People’s Organization, one of the petitioners.

NEAA’s clearance to the power plant in Srikakulam district, promoted by East Coast Energy Private Ltd, has also been questioned. The authority’s decision was based on the deposition of Asad Rahmani, director of Bombay Natural History Society. He said the project land was an ecologically important wetland where ideally the project should not be allowed; but since work has begun and irreversible damage done due to earthwork, the company should take mitigating measures. “This gave the authority and the environment ministry’s expert appraisal committee a loophole to clear the project,” said Ritwick Dutta, counsel for petitioners.

NEAA, after a site visit in June, found that raising of land level by the company had damaged the natural drainage of the swamp, but the company was desilting three streams to drain the flooding caused by their earthwork. NEAA concluded it would not be in public interest to stop the power plant as it would stall the desilting. “Even if the residents asked for desilting, it does not mean one can break the law. Due to this earth-levelling work, 5,000 hectares (ha) of lowlying land has been flooded,” said E A S Sarma, retired bureaucrat and one of the petitioners.

No to Lafarge cement plant

The French company’s three million tonne capacity cement plant in Mandi was given environmental clearance in 2009. Two residents, who filed appeals before NEAA, said the project’s EIA study did not take into account the plant’s impact on people. “The appraisal committee saw the site from far and did not meet affected people as the terrain is rough,” said K G Thakur of Jai Shri Deo Badeyogi Sangharsh Evam Paryavaran Sanrakshan Samiti, a people’s front opposing the project.

The mining lease on 800 hectares would affect 16 villages, said Thakur. Lafarge had claimed the area was uncultivable and most people supported the project during public hearing. After a site visit, NEAA concurred with the petitioners and cancelled the clearance. “NEAA has not found fault with the company; their order says the ministry and expert committee were lacking in assessment,” a Lafarge spokesperson said.