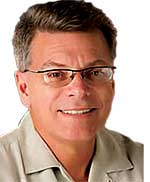 "David didn't beat Goliath by waiting till Goliath threw the first punch," US blogger Mike Morgan writes on his site. For a reason: on April 13, Morgan took Goldman Sachs to court to prevent the big investment bank from taking his domain names. He hopes to protect anti-Goldman websites, including www.goldmansachs666.com and www.goldmansachs13.com, from trademark action threatened by the powerful bank.

Morgan filed the suit in the district court of Florida after receiving a letter accusing him of violating Goldman's intellectual property rights by using its trademark.

Opened early March, www.goldmansachs666.com carries a host of anti-Goldman stories, most of which criticize the powerful bank for the current financial crisis.

The investment biggie appears to be weathering the crisis better than many others in the business.

The Goldman Sachs spokesperson declined to comment on the lawsuit. He said a letter has been dispatched to Morgan to protect the bank's trademark.